Humber getting ready for Earth Week

A week dedicated to the environment is almost here for the Humber College community, taking place from March 25-29.

During the course of the week, Humber students will have the opportunity to take part in a series of environment-related workshops and events.

Humber Earth Week is next week! Sign up for the Lakeshore Campus Clean Up today – https://t.co/ZaQFIfXUFj In addition to helping beautify the campus, you get a free lunch and will be entered to win prizes – Stay tuned for more upcoming events pic.twitter.com/21JExW7LHS

Some of these events on campus include: 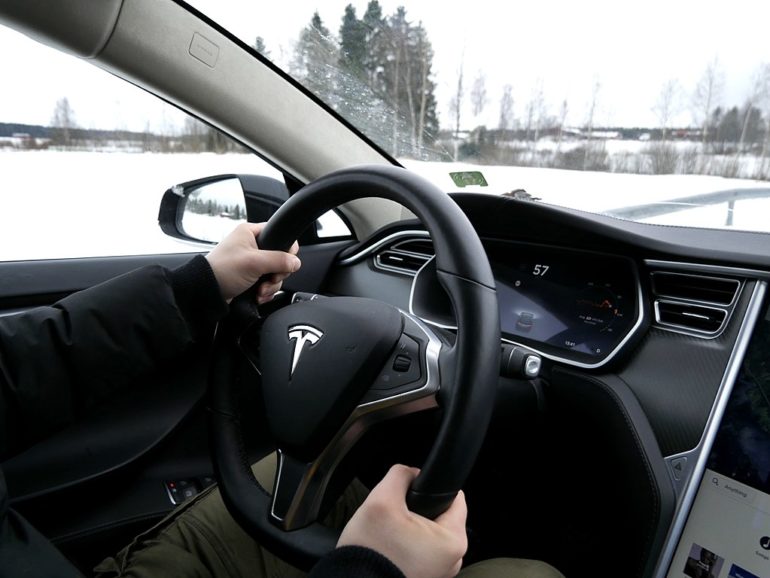 Humber students will have the opportunity to test-drive various electric vehicles during Earth Week at the College. (Courtesy: Santeri Viinamäki / Wikimedia Commons).

Students will learn more about new and fun ways to get active in helping the environment.

“We all recognize sustainability doesn’t happen on one day or in one week but it’s an opportunity to get the campus community particularly picked particularly engaged around sustainability and showcase some of the work that we’re doing and continue to do,” Fernandes said.

“If we can kind of focus our efforts on one week and still work continuously throughout the year, I think it’s a great way to bring together our community in a way that really impacts all of us.”

Fernandes also spoke about Humber’s Sustainability Plan for the next five years. He said that there have been “a number of town halls, focus groups, interviews, and surveys to look at what these different individuals and groups are saying or on what sustainability means to them.”

Despite these measures, Humber is still facing recycling-related problems, particularly with people putting the wrong items into the bins.

Fernandes said that one of the best ways to tackle this issue is for coffee-drinkers to bring re-usable cups on campus.

“You can actually get an incentive like money back in terms of [bringing] your reusable cup,” Fernandes said.

“A lot of people on campus and around the world still use a disposable cup; [it] has tons of environmental issues associated with it and then they don’t know where to put it in the bins at the end of the day.”

Tayler Buchanan, Sustainability Communications and Events intern, said that she uses a reusable cup herself daily.

However, her green efforts don’t just end there.

“I bring a reusable cup now as often as I can. I try to eat less meat. There’s lots of things you can do as an individual that would help,” Buchanan said.

Both also agree that seeing students take initiative for the environment is a great thing to see in the local community.

“When students get involved, that’s when the real magic happens,” Fernandes said.

“I was just at WWF designing change for a living planet competition at downtown Toronto. We had a few students from Humber who were competing to design what the world would look like if we didn’t have plastics and how could we design an innovation to address the kind of crisis that is plastics in our oceans.”

Fernandes also said that seeing students being and involved and demonstrating their awareness of sustainability was a “cool” experience.