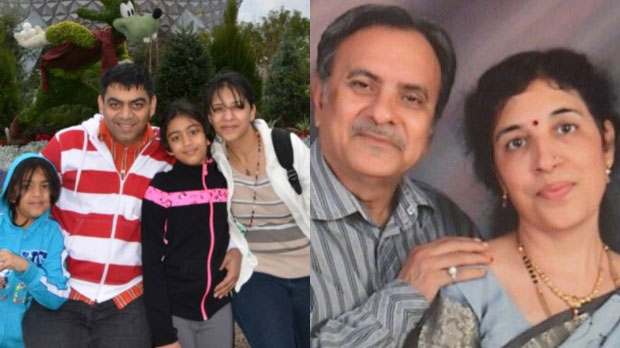 Six members of the same Brampton family have been identified as some of the 18 Canadians killed in a plane crash in Ethiopia. (CTV News)

Six members of a Brampton family are among the 18 dead Canadians found in the wreckage of the Ethiopian airlines crash on Sunday March 11.

The Vaidya family was on a March break trip to their mothers homeland in Kenya when their plane bound for Nairobi went down just mere minutes after takeoff.

In response to the crash that took 157 lives, multiple airlines around the world grounded Boeing’s new 737 MAX 8 aircraft.

This is the second time in five months that a Boeing 737 Max 8 has crashed. The first accident happened in October, when a Lion Air flight crashed in Indonesia shortly after take off killing 189 people. 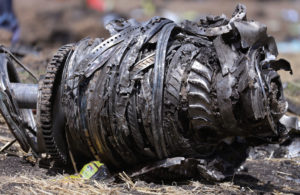 Airplane engine parts are seen at the scene of the Ethiopian Airlines Flight ET 302 plane crash, near the town of Bishoftu, southeast of Addis Ababa, Ethiopia March 11, 2019. REUTERS/Tiksa Negeri

Ethiopian airlines grounded it’s B-737-8 Max fleet until further notice and was quickly followed by China, Indonesia and Cayman Airways.

“Given that two accidents both involved newly delivered Boeing 737 Max 8 planes and happened during take-off phase, they have some degree of similarity,” the Civil Aviation Administration of China said in a statement.

There are 41 Max 8 aircraft operating in Canada. Air Canada operates 24, WestJet 13, and Sunwing operates a total of 4.

Westjet said they will not be grounding their Boeing 737 fleet, as they are confident in the aircraft.

WestJet remains confident in the safety of our Boeing 737 fleet including our 13 MAX-8 aircraft introduced in 2017. We’ve flown five different variants of the Boeing 737 since 1996, & our fleet operates around 450 safe daily B737 departures.

Ethiopian Airlines said that the Digital Flight Data Recorder (DFDR) and Cockpit Voice Recorder (CVR) were recovered on Monday. The Black Box will help investigators find the reason for the plane crash.

Accident Bulletin no. 6
Issued on March 11, 2019 at 01:40 PM Local Time
The Digital Flight Data Recorder(DFDR) and Cockpit Voice Recorder(CVR) of ET302 have been Recovered.

A list released by Ethiopian Airlines shows 35 nationalities among the people who died, including 18 Canadians. There were 19 humanitarian aid workers on board.

Canadian Prime Minister Justin Trudeau and the Secretary General of the United Nations (UN) sent their condolences via Twitter.

Devastating news from Ethiopia this morning. Our thoughts are with all the victims on flight ET302, including the Canadians who were on board, and everyone who lost friends, family, or loved ones. Canadians in need of assistance, contact sos@international.gc.ca or 613-996-8885.

Deeply saddened by the news this morning of the plane crash in Ethiopia, claiming the lives of all on board. My heartfelt condolences to the families and loved ones of all the victims — including our own @UN staff — who perished in this tragedy.

Following the Crash Boeing BA stocks fell sharply to 7 per cent on Monday afternoon. Boeing is planning to build 59 737 Max 8 each month in 2019.