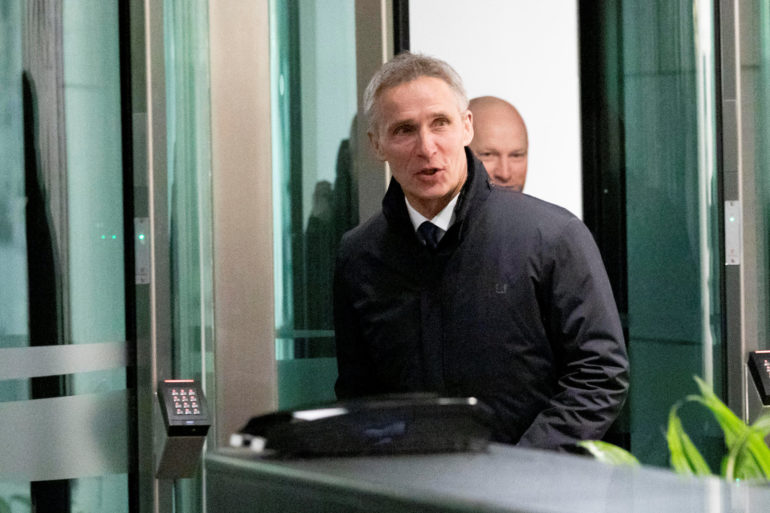 The U.S. Government announced Friday morning that it has suspended a nuclear missile treaty with Russia, and may withdraw completely from it after six months.

The Intermediate-Range Nuclear Forces (INF) treaty called for the elimination of missiles capable of traveling between 500 and 5,500 kilometres. It was signed in 1987.

“For years, Russia has violated the terms of the Intermediate-Range Nuclear Forces Treaty without remorse,” Mike Pompeo, Secretary of State, said at a White House press conference.

“When an agreement is so brazenly disregarded and our security is so openly threatened, we must respond.”

Washington issued a warning to Russia in December, saying Russia’s SSC-8 missiles were in violation of the treaty.

Russia, however, says that the missiles are treaty-compliant.

A statement from NATO said the group of nations was “sorry” that Russia continued to deny violations, calling it “part of its broader pattern of behaviour.”

The NATO statement also said that while it supported suspending the treaty unless Russia disarmed its SSC-8 missiles, it hoped that peace could prevail.

“We continue to aspire to a constructive relationship with Russia, when Russia’s actions make that possible,” it said.

Allison Pytlak, the programme consultant for the disarmament advocacy group Reaching Critical Will, said she was surprised by the tone of the NATO statement.

“I would have hoped they would have played more of a neutral middle-ground role, bringing both sides together,” she said.

Pytlak said the U.S. decision to suspend the treaty fit well into the broader context of American withdrawals from international agreements like the Paris Agreement or the U.N. Human Rights Council.

Pytlak said there were two ways to look at the decision.

“There’s the message that it sends to the international community and to Russia about whether the U.S. take its commitments to nuclear disarmament and global security seriously or not,” she said, “and also what [the decision] means in practice.”

Pytlak said the INF treaty stopped the production of some missiles, and led to the disarmament of them. She said it made some European cities more safe.

“Now with a reversal on that, all of those things are in jeopardy again,” she said.

Paul Meyer is a professor of international studies at Simon Fraser University and a senior fellow at the Simons Foundation, a peace and disarmament advocacy group.

Meyer said the U.S. willingness to withdraw from the INF treaty meant that they may also be willing to let another treaty expire.

The New START treaty was signed in 2010, and was an agreement the U.S. and Russia to reduce their number of missile launchers by half. It is set to expire in 2021 if it isn’t renewed.

“Our government could speak out and express its concern about this development,” Meyer said.

Meyer said that while Russia obviously needed to correct its treaty violations, he wasn’t sure suspending the treaty was the right decision.

“In my mind, it should lead NATO states to be calling on the two states to go the extra mile in terms of identifying a technical solution,” he said.

Meyer pointed out that Russia had also accused the U.S. of violating the treaty by putting missile defence interceptors in Romania and Poland.

“It strikes me that there could be a greater effort through a system of mutual inspections to see if this problem could not be put behind the two countries,” he said.

“Unfortunately there doesn’t seem to be a lot of political will behind looking at diplomatic options. We’re just having a lot of sabre rattling.”

Meyer said that through history, there had been several near-misses when technical or human error had almost triggered a nuclear response, putting lives in jeopardy.

“So long as we have [nuclear weapons] in place, that’s a risk that either wittingly or unwittingly, we’re taking.”