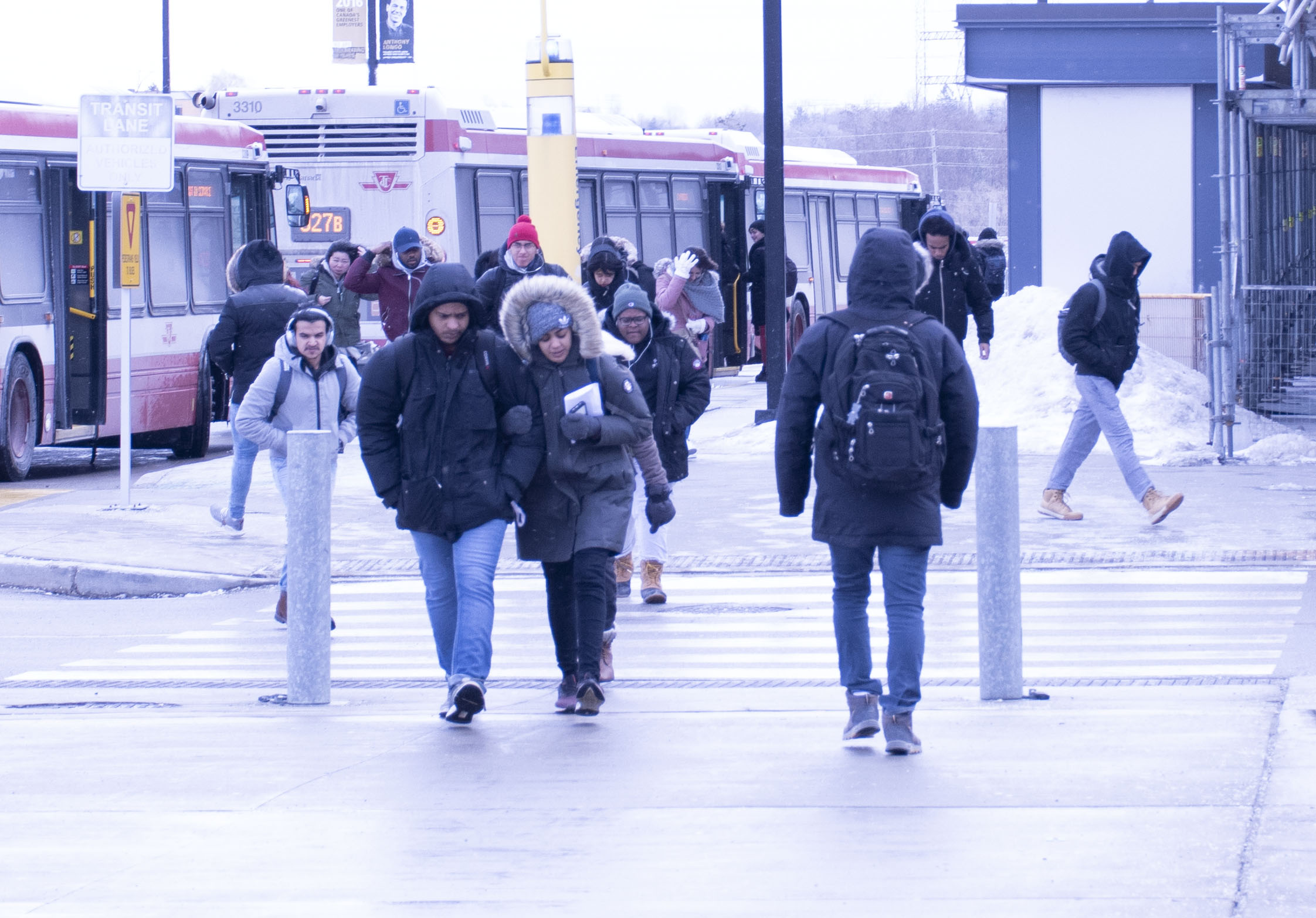 It’s been a wild and windy couple of days.

Toronto Public Health’s medical officer issued an extreme cold weather alert for the city Monday that will be in effect until further notice. Temperatures are expected to reach a high of -20 C.

Extreme Cold Weather Alerts are issued when the temperature in the daily forecast is estimated to reach approximately -15 C or colder, or when the wind chill is forecast to reach -20 C or colder, according to Toronto Public Health.

The alert came just after strong winds up to 100 km/h gusted through parts of Ontario Sunday night. Some residents around the Niagara and Hamilton areas were without power last night according to Hydro One.

We appreciate your patience as our crews work in tough winter conditions to restore power. Customers in the hardest hits areas may be without power overnight. We expect storm activity to continue into tomorrow morning and crews will to respond to emergencies overnight. #ONstorm pic.twitter.com/jAD8lnzHut

Environment Canada also issued a blowing snow advisory for the city this Monday morning which said,” Any fresh snow will be whipped up by the winds creating areas of reduced visibility in exposed areas. Snowfall accumulations are expected to be light.”

The city has been seeing a repeated cycle of extremely cold weather, heavy snowfall and freezing rain almost every week.

“We haven’t had a winter like this for a few years,” said extreme weather expert Kent Moore.

“Typically during the winter time we get a storm about every week, and that’s the life cycle for these sort of systems. They move north, then eventually they move towards the east. This winter, storms have been particularly severe, but we expect to see these types of fluctuations,” Moore said.

The Polar Vortex has been hitting Ontario hard this winter. It’s described as the coldest air on the planet. Conditions are similar to the bitter winter the province experienced from 2014 to 2015.

“This year the cold air in the arctic penetrated very far south, we essentially got very cold arctic air in the GTA,” Moore said.

Toronto is expected to see two centimetres of flurries, winds gusting up to 60 to 90 km/h today. Temperatures will be falling to -5 C, but feeling more like -18 C with the windchill.

Tonight the city is expected to see 60 per cent chance of flurries, low of -12 C feeling more like -20 C with the windchill.

Toronto Public Health is encouraging residents to check on friends, and families to ensure they are safe until the alert is terminated.