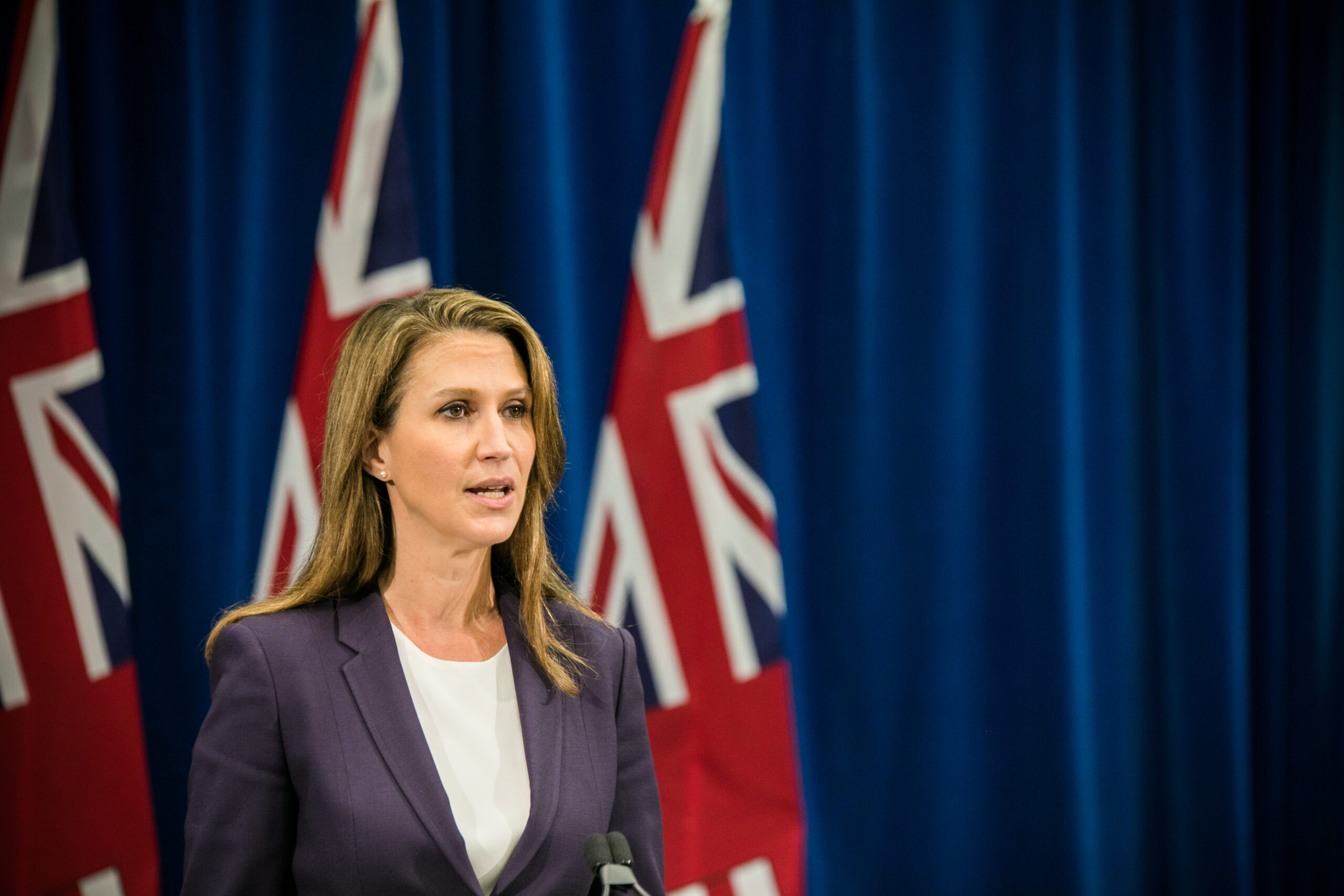 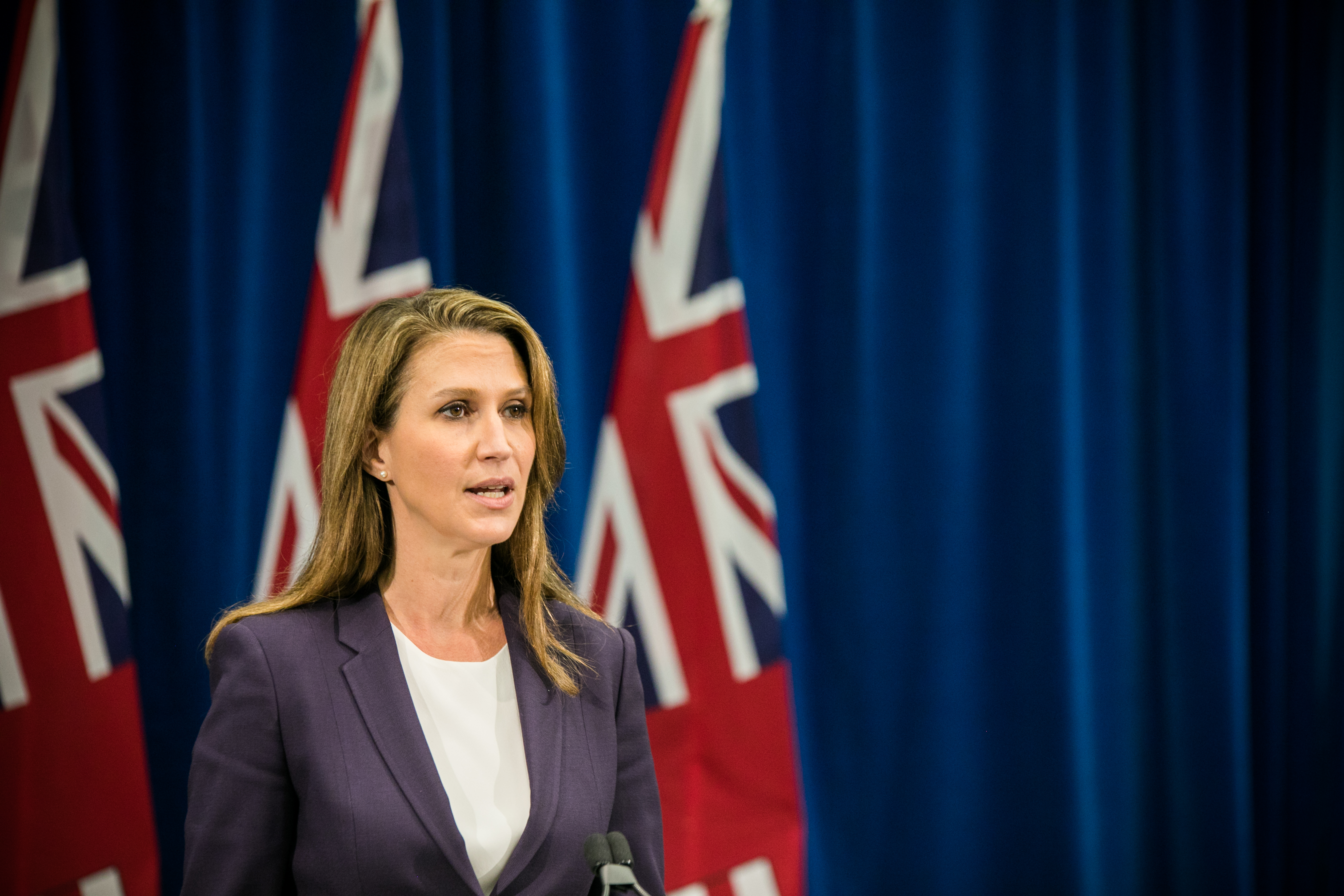 Representatives from the Ontario Coalition of Rape Crisis Centres (OCRCC) met Wednesday afternoon with Ontario Attorney General Caroline Mulroney in the hopes of receiving answers about funding promised to them in March 2018.

The meeting came nearly a year after the previous Liberal government announced a 33 per cent funding increase for rape crisis centres across Ontario as part of their gender-based violence strategy.

But 40 rape crisis centres throughout the province have been in limbo since the June 2018 election, with no answers from the provincial government about the status of the funding.

“We hoped for an emphatic answer about whether or not the centres would receive the funding, but the meeting yielded no new information from the Minister of the Attorney General,” said Deb Singh, counsellor and activist at the Toronto Rape Crisis Centre (TRCC) and executive to the OCRCC.

Survivors are still going to have to wait and those waiting lists are going to stay the same, she said.

The waiting list is the longest it’s been in the 45 years of the TRCC’s existence, with survivors waiting 15 to 18 months for support, Singh said.

And with recent movements like #MeToo and Time’s Up changing the social narrative, the demand for services in the province have increased.

Nicole Pietsch, the coordinator for the OCRCC, said there has been an incredible upswing in service demand in the last three years.

“It’s not to say that it’s happening more, but the public is talking about it more,” she said.

The conversation is changing and that’s a positive thing, but organizations need to be positioned to respond to it and that’s what the funding was meant to reflect, she said.

And while some crisis centres have begun spending based on the promise, that’s just the tip of the iceberg, Pietsch said.

“We’re in a hole anyway in terms of being able to meet demand. It’s a crisis whether you’ve spent that money or not,” she said.

Though the funding was called an increase, Singh said it was really just contributing to closing the gap on years of underfunding.

If you are trying to get in a last minute charitable donation, I highly recommend donating to your local rape crisis center. The centers are dealing with increased public awareness #MeToo without an increase in funding from the province. #SurvivorsCantWait https://t.co/dRsOiZRqRi

“It’s very clear what’s needed, they’re just choosing not to value the experience of the survivors across Ontario,” said Singh.

And with Indigenous women, black women, trans women, non-binary women and women with disabilities experiencing sexual assault at much higher rates, “it’s a true disservice to the most marginalized communities in Ontario that Caroline Mulroney and the PC party are allowing this to happen,” Singh said.

But ministry spokesperson Brian Gray said by email that the government is committed to providing survivors and their dependents with the community support and services they need.

“To ensure that investment decisions in victim services are effectively meeting the needs of those who use them, the government is reviewing all of the programs offered across the province. We recognize that these organizations do valuable work in their communities, and this review will be an opportunity to align service levels with needs and better coordinate and deliver services in the most sustainable and effective way,” the email said.

“There is a common statement from the Ministry of the Attorney General and the Ford PC government generally, that they’re consulting with and also that they’re doing a review of different programs that provide social supports across Ontario,” Pietsch said.

And while she understands the government wants to be fiscally responsible, the information they’re seeking is already there, she said.

“The evidence for community need of these services was there even before the funding commitment and the information is readily available to any government,” Pietsch said.

She said the 33 per cent funding increase was supported by research from a third party independent consulting firm that surveyed service providers and a diverse set of survivors from across the province.

The report focused on survivors experiences with sexual assault support services and reported that by and large, community sexual assault centres provide a highly valued service due to the expertise of the people working there, who are often survivors themselves, Pietsch said.

“The statement that the government is reviewing programs for efficiencies, we believe in our sector that that work was already done,” she said.

Singh said she doesn’t know who the provincial government is working with to determine whether or not there is a need for additional funding, but at the moment it’s not the TRCC or the OCRCC.

“She was sorry that we have to tell survivors that they have to wait,” Singh said of her meeting with Mulroney, something she said was difficult to hear from someone that could have changed their experience.

At the meeting Mulroney expressed a desire to work collaboratively with the OCRCC and is open to meeting again, Singh said.

In the meantime, she’ll have to continue turning away survivors, she said.

“I could have supported two survivors [Wednesday],” Singh said, but instead she’s spent months lobbying the government and hours preparing for a meeting with Mulroney.

“I could have done better work today, than in the last eight months of lobbying,” she said.

Representatives from the OCRCC have requested to meet with Mulroney again in April.