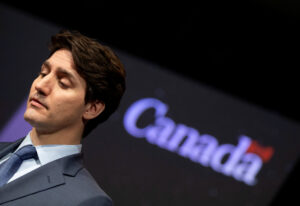 Prime Minister Justin Trudeau told reporters today that he is undecided whether Jody Wilson-Raybould will have a place in the Liberal caucus after her stunning testimony at the justice committee regarding the SNC Lavalin scandal.

In her testimony yesterday, Wilson-Raybould alleged that when she was attorney general she was subjected to four months of “inappropriate” pressure from Trudeau, his staff and other high ranking Liberals.

She testified they were trying to convince her to change her mind and overrule a decision by the director of public prosecutions not to allow a deferred prosecution agreement (DPA) in the SNC-Lavalin case.  A DPA would allow SNC-Lavalin to avoid trial on allegations of bribery of foreign officials to win contracts in Libya.

Wilson-Raybould told the justice committee that the Liberals did not want SNC-Lavalin to go on trial because it could damage the Liberal party’s political fortunes in Quebec.

Wilson-Raybould also told the committee that she believes the pressure is “political interference” but not illegal.

The Prime Minister’s news conference today at the Canadian Space Agency was overshadowed as the media demanded answers about the explosive Wilson-Raybould testimony.

Trudeau said he has not yet seen the full testimony but his decision on whether to keep Wilson-Raybould in caucus will be based on that.

Meanwhile, Conservative leader Andrew Scheer doubled down on his on his criticism by writing a letter to the Commissioner of the RCMP asking for a police investigation in “potential criminal activity”.

In his letter, Scheer suggested that the Prime Minister’s conduct violated section 423.1 and section 139 of the criminal code.

Meanwhile, Conservative MP Candice Bergen’s request for an emergency debate in the House of Commons has been granted by the speaker. This request was backed the NDP MP Charlie Angus.

Both Scheer and Bergen have asked for the resignation of the Prime Minister.

Trudeau said today that he disagrees with Wilson-Raybould’s description of events and he said that the federal ethics commissioner will make a determination on what happened.