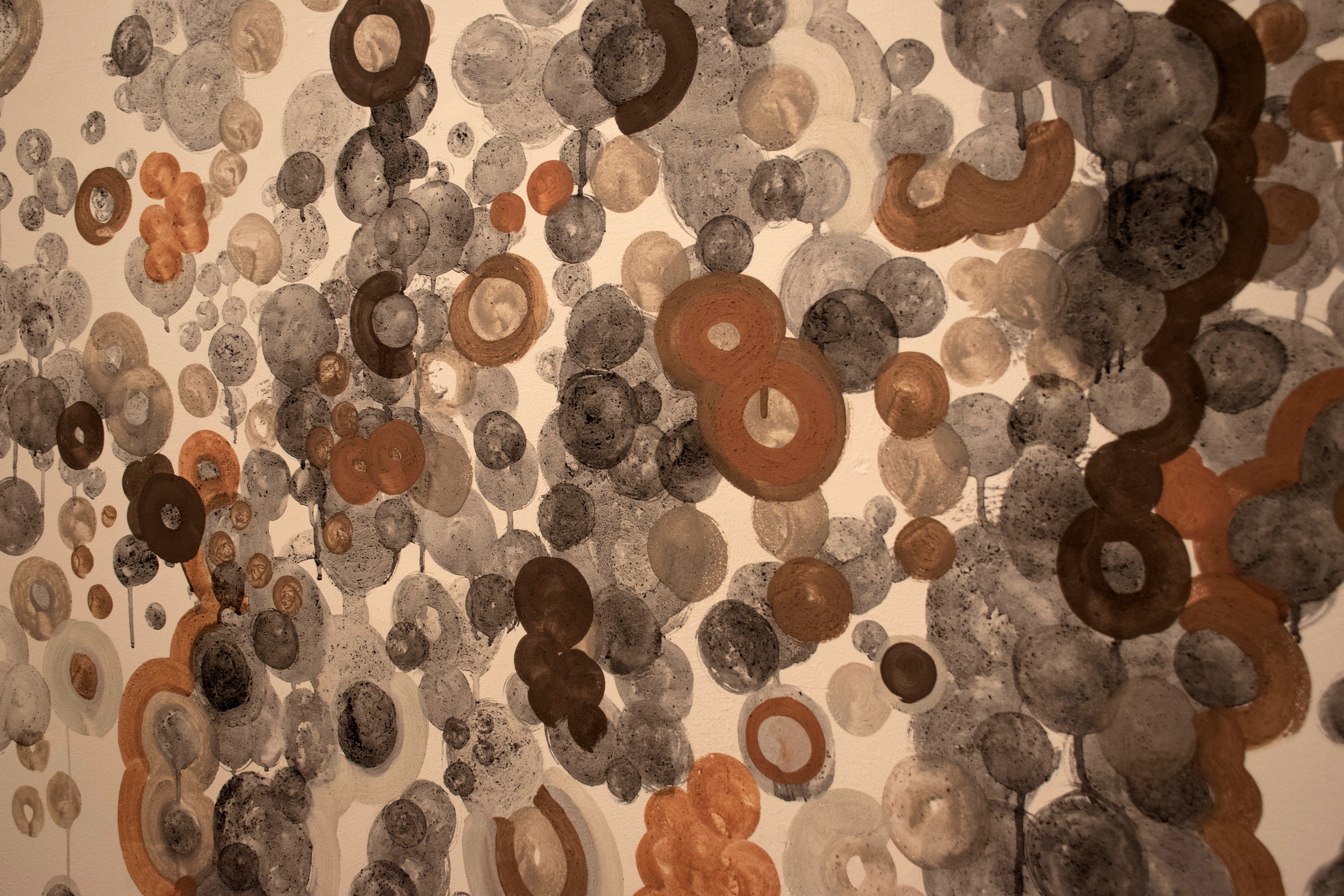 Terraflora, by Toronto-based contemporary artist Cole Swanson, was on display as a part of the recent Come Up To My Room art show at the Gladstone hotel. (Sai Durga Gona)

Eco-friendliness in art is almost unheard of, but a Toronto-based artist is motivating fellow artists to use natural material to create art and adding a new dynamic in the artwork.

“Artists are now accountable for the non-biodegradable materials they use. I’m kind of challenging them with my works,” said Cole Swanson.

Swanson has a different perspective on art. He prioritizes the environment over the longevity of the art created, by focusing on the human relationship with nature in this project and highlighted that people should start thinking more seriously about climate change.

In the corridors of the third floor at the Gladstone Hotel, the ephemeral mural Terraflora left the crowd astonished.

This series of paintings appear like microflora — spores, molds, and lichens rising from the earth.

Swanson used natural colours to create his masterpiece. He extracted the colours from regional clays and soils and each pigment was hand-rendered to reveal a range of mineral colours.

The 37-year-old program coordinator with the Foundation of Visual and Digital Arts at Humber College managed to produce six distinct colours of earth-toned paint derived from the Toronto region.

Cole said the soil at the Cheltenham Badlands, which is just north of Toronto in Caledon,is rich and red.

“Carving into the land carefully, you’re just taking what’s washing away and then I rendered that into some colours by bringing them into the studio and filtering it out and turning it into paint,” he said.

He also went to the Scarborough Bluffs, in the southeastern part of the city, where he gathered the white chalky clips.

“These sites are ecologically fragile and you have to be keen while getting access to them,” he said. 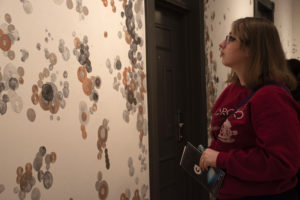 Dakota Esquega, a student of Haliburton School of Art and Design, studying Terraflora by Toronto-based artist Cole Swanson at the Come Up To My Room art exhibition at the Gladstone hotel. (Sai Durga Gona)

“Unrefined pigments exhibit unique behaviours due to composition and interactions with surrounding compounds and atmospheric conditions,” said Swanson about the process of adapting these natural colours into paints.

The result is a series of colours with distinct textures, opacities, and finishes.

“It took five months to extract these pigments, including finding the source, bringing it back, filtering, and the wet process takes more time,” he said.

It is a delicate process that’s required to bring each of these unique pigments to life as paint.

The project has its roots in India.

“I had a strong connection with India. For the past 17 years, I have been doing a lot of projects in Jaipur, where I learned mineral pigment processing,” Swanson said.

He has collaborated with 40 community members in Jaipur and worked on various projects, like rooftop painting during monsoon season.

His current project began in Ilhabela, Brazil, about 240 km southwest of Rio de Janeiro, where he started using natural colours to illuminate the growth of microorganisms.

“A couple of years ago, I was in Brazil in a place called The Abella which is an island off the coast of South Paulo and it’s a volcanic island,” Swanson said. “It seems like the earth is gold and orange and red and purple at that place,” Swanson said.