McArthur sentenced to life, eligible for parole in 25 years 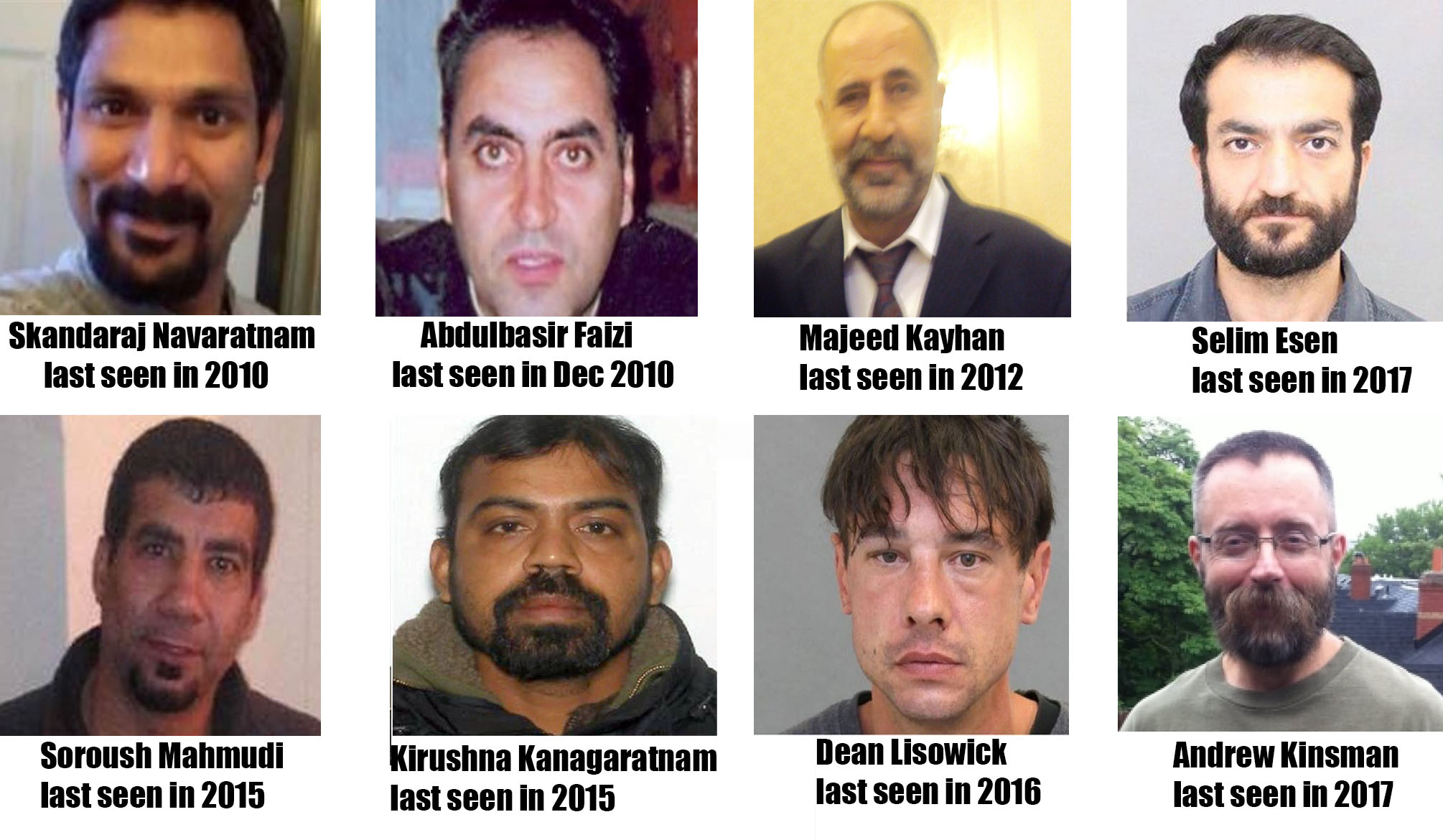 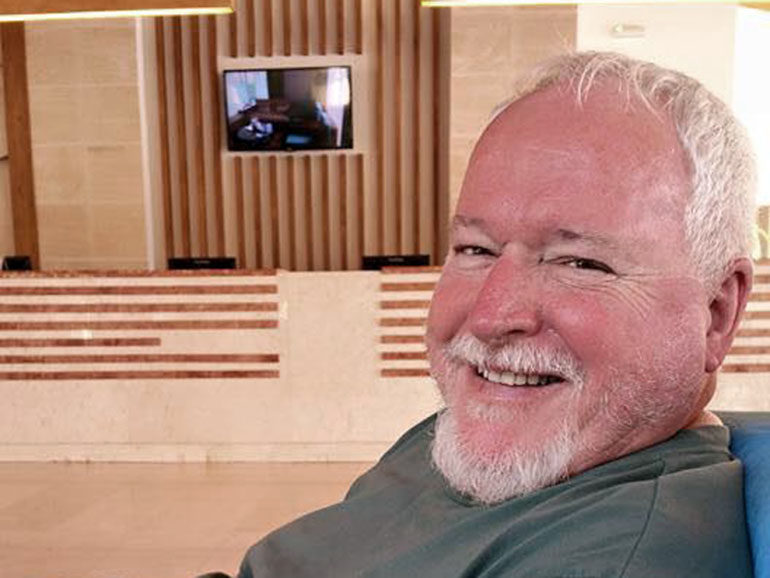 Bruce McArthur pleaded guilty to the first-degree murders of eight men. He was sentenced today to life imprisonment with no eligibility for parole until he is 91 years old. (Facebook)

McArthur will be ineligible for parole for 25 years. He will be 91 when he may request it.

Justice John McMahon expressed his disgust with the crimes, saying McArthur’s victims were “lured to their deaths” on the premise of consensual sex.

After two days of sentencing hearings, McMahon said he considered several factors. The main ones, he said, were McArthur’s age and his early guilty plea.

McMahon said McArthur had spared the families of the victims a graphic “nightmare” of a trial.

At a police press conference following the sentencing, Detective David Dickinson, who worked on the case, said no concessions or deals were made with McArthur to obtain the guilty plea.

McMahon said he agreed with the defence’s argument that McArthur’s age should be considered. McArthur was 66 years old when he was arrested.

If McArthur had been sentenced to 50 years of parole ineligibility, as the Crown had sought, he would have been 116 when he could apply for parole. 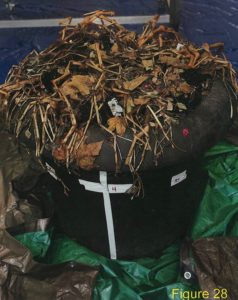 McArthur hid his victims’ remains in planters at 53 Mallory Crescent. He was employed as a landscaper by the homeowners. The Crown said he frequently returned to the site of the remains, as if “he could not let them go.” (Courtesy of Ontario Superior Court of Justice)

McMahon said it would have been a “symbolic” sentence. He also noted that McArthur’s chances of parole were “remote” because of the brutality of his crimes.

“Let’s be honest, I do not see Bruce McArthur seeing daylight,” he said. “If he were to be paroled, we would have to start questioning sentencing in this country.”

One factor that made McMahon consider sentencing McArthur to 50 years of parole ineligibility was McArthur’s lack of remorse.

He compared the McArthur case to that of Elizabeth Wettlaufer, a former registered nurse who who was sentenced in 2017 for killing at least eight elderly patients under her care, saying it was the most similar, though not identical. Wettlaufer’s case is the only other in Ontario where there were multiple murders and a guilty plea.

McMahon pointed out that Wettlaufer likely wouldn’t have been caught had she not confessed.

He also said that Wettlaufer had seemed remorseful, “unlike Mr. McArthur.”

McMahon said that “although Mr. McArthur has taken responsibility for his actions by pleading guilty,” he had seen no evidence of remorse.

He said he had no doubt McArthur would have continued to kill had he not been caught.

Many of the men McArthur targeted were Middle Eastern or South Asian immigrants. Some of the men had difficulty finding stable housing. Some had not told their families about their sexuality.

The Crown argued in court that these factors made it easier for McArthur to get away with his crimes for so long.

McMahon’s said another factor in the decision was the particular brutality of McArthur’s crimes.

The agreed statement of facts said McArthur used a metal bar and a rope to strangle at least some of his victims. Then, he staged their bodies. He often posed them in a fur coat and hat with a cigar.

Some of his victims were shaved after he killed them. The police found bags of hair at a property he worked at in his job as a landscaper. 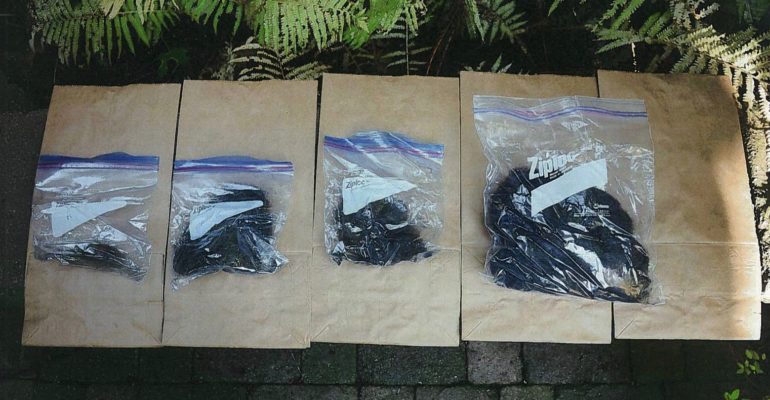 Photos found on McArthur’s computer showed some of his victims in various stages of being shaved. These are the bags of hair police found. (Courtesy of Ontario Superior Court of Justice)

Finally, McArthur dismembered the bodies. His victims’ remains were found in planters at a house he had frequent access to in his work as a landscaper, and in the ravine behind it. There was evidence he had moved the bodies around after first hiding them, and the remains were mixed together.

Photos of the victims, both alive and dead, were found on McArthur’s computer in eight different subfolders. There was a ninth folder for a man who was found handcuffed against his will to McArthur’s bed when police entered McArthur’s apartment to arrest him.

McMahon said the photos were “no doubt for his own perverted sexual gratification.”

At the police press conference, Chief Saunders addressed concerns about a statement he made in December 2017. Saunders had said at the time that there was no evidence of a serial killer in the Church-Wellesley area. However, police had entered Bruce McArthur’s apartment just days earlier to search it.

“One of the luxuries I don’t have is hindsight,” Saunders said. “Almost every single case [I’ve worked on], I would have a redo moment.”

He said the police had evidence in the case of one homicide, not multiple. He also said there could have been multiple killers or even a “copycat.”

Dickinson also said that it was one of the victims who led police to McArthur. The victim, Andrew Kinsman, had left a note in his calendar that said “Bruce.”

Police continue to review cold cases dating back as far as the 1970s to rule out McArthur’s involvement.