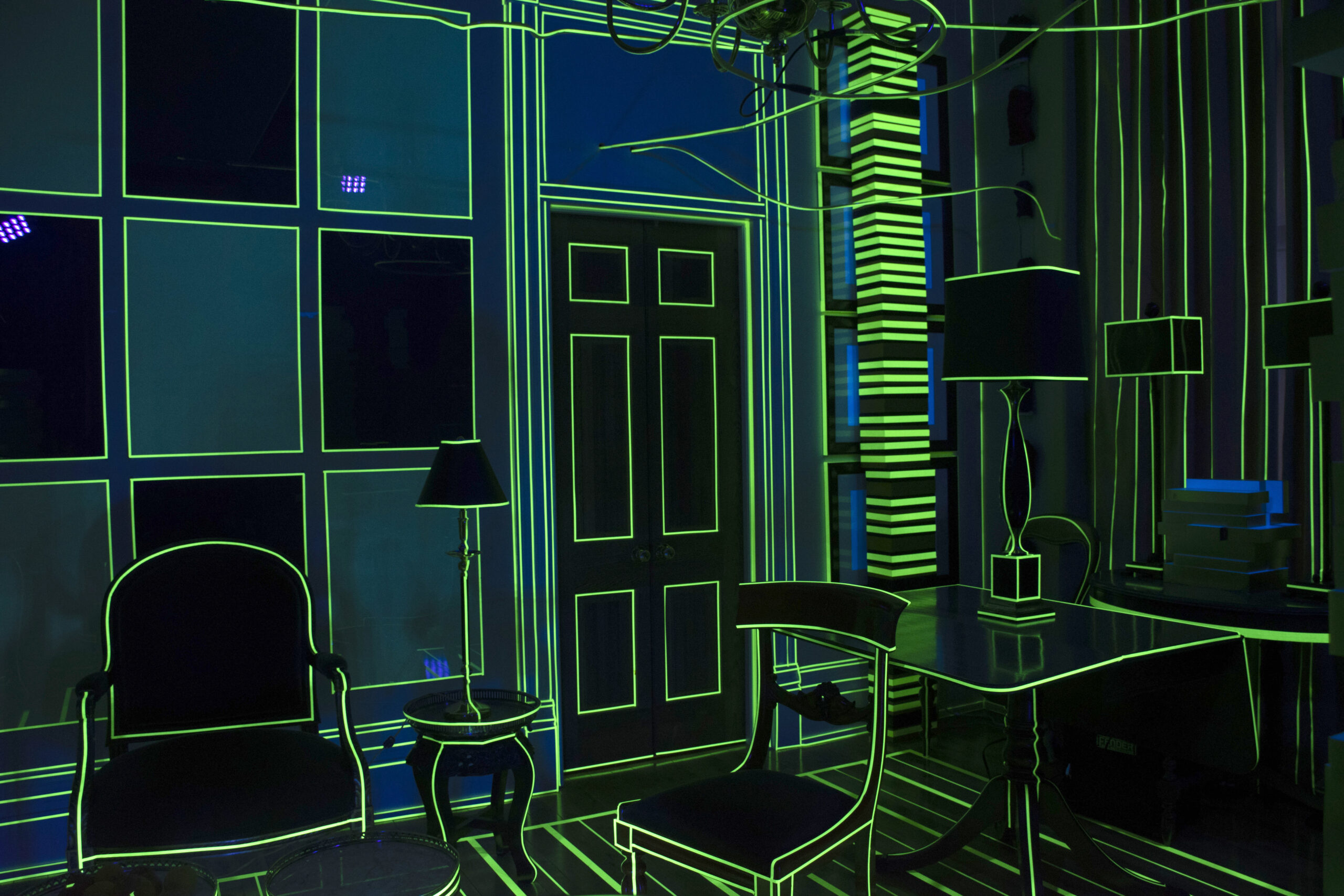 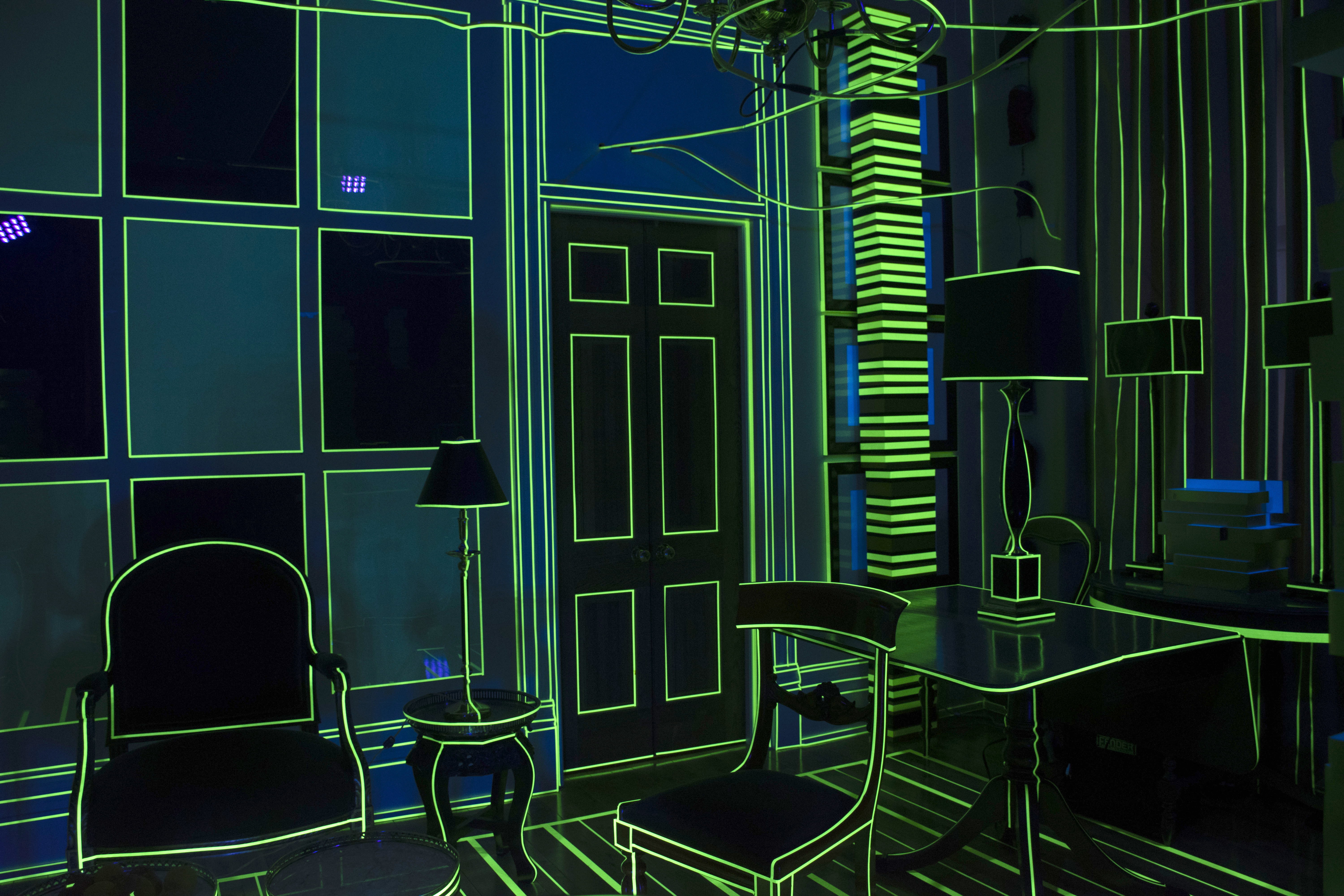 Toronto-based contemporary artist Bruno Billio piece, Tron209, was on display at the Come Up To My Room art exhibition at the Gladstone hotel until Jan. 20. (Sai Durga Gona)

The halls of the aging Romanesque Revival style hotel, the Gladstone, never fail to amaze crowds with their contemporary art showcase. It is not just a place to witness different art forms, but a platform where stories start, twists unfold and lives begin.

“The Gladstone hotel is a place where magic happens every time and one can really see an artistic demonstration of many local and international artists, who are at different stages of their careers,” said Lee Petrie, exhibitions director at the hotel.

The hotel turned into an art hub after it underwent major renovations in the early 2000s. 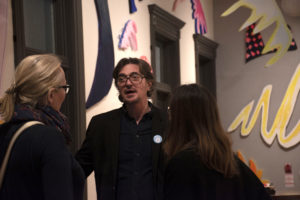 Toronto-based contemporary artist Bruno Billio was explaining his art piece, Tron209 to the audience at the Come Up To My Room art exhibition at the Gladstone hotel until Jan. 20. (Sai Durga Gona)

Besides being host to art exhibitions, the Gladstone has a historic background of 130 years and it is one of the oldest buildings in Toronto.

The building was erected in 1889 and designed by local architect G.M. Miller in the Romanesque Revival style.

Art lovers spilled through the doorway of the Gladstone hotel to witness modern works of art flickered across the walls.

“I love to reconceptualize common objects and spaces into visions from my dream world,” said Bruno Billio, a self-taught artist from Toronto.

Bruno pointed at his studio, which could be seen by the crowd as a black-light negative of itself.

His art is motivated by the active displacement and staging of objects with established historical lineage.

His was one of the most amazing displays, part of the annual alternative design exhibition, Come Up To My Room.

Like every year, this event managed to draw the attention of a large crowd.

Established and emerging artists from across Canada effortlessly narrated and artistically represented the industrial revolution, recycling, and LGBTQ+ perspectives through their art. 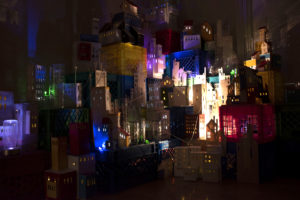 Penumbra, a transformative collage using light to project through engraved glass and wooden sculptures, was on display at the Come Up To My Room art exhibition at the Gladstone hotel held until Jan. 20. (Sai Durga Gona)

Fifty artists installed their pieces at the 130-year-old historic hotel for four days, from Jan. 17 to 20.

On the whole, 20 projects were displayed by these artists who focused on various topics in unconventional settings.

Chronic Aberration named Penumbra was another installation that depicted various urban environments, each consisting of hand-blown engraved glass surrounded by handcrafted wooden structures nested into each other.

“We have been working on it for a long time. We have presented here two medium works together and it deals with urbanism and nature,” said glass artist Becky Lauzon of Guelph. 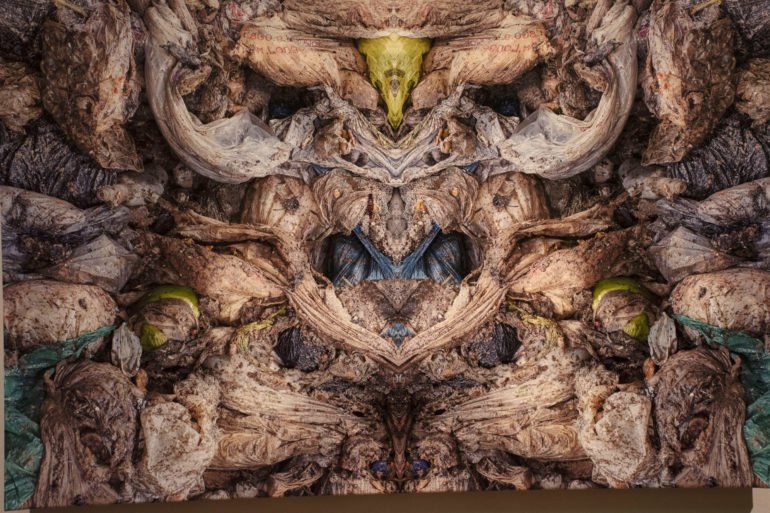 Human/Nature: Meditations on material culture by faculty and students of Integrated Design Program, Haliburton School of Art + Design, Fleming College was on display at the Come Up To My Room art exhibition at the Gladstone hotel until Jan. 20. (Sai Durga Gona)

Students of the Integrated design program at Halliburton School of Art and Design Fleming college had designed their work based on the industrial revolution.

The exhibition was a short duration project and artists were accepted based on their portfolios.

“It’s really a process of the guest curators working with the artist over months. We encourage artists to take chances to push themselves to work on a different scale,” Petrie said.