Giovinco criticizes TFC management on his way out 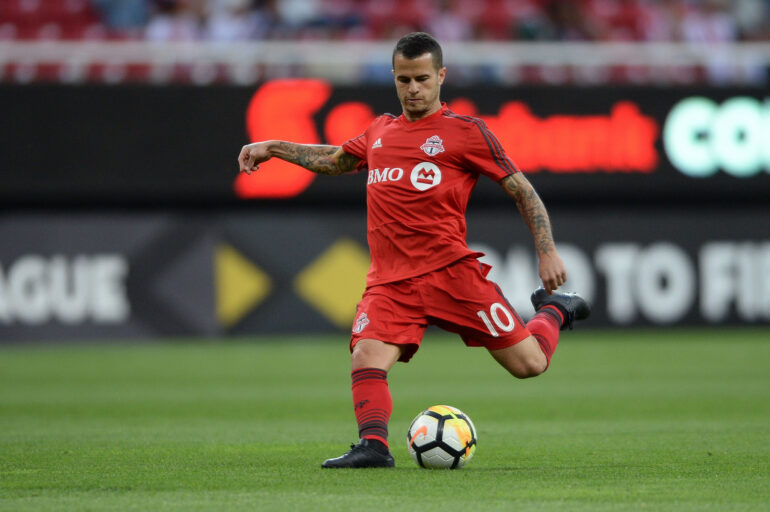 Sebastian Giovinco spent four seasons with Toronto FC, proving to be a vital part in the club’s MLS Championship in 2017. (Flickr/Gaurav Kumar)

The full details of the deal are still unknown, but it is reported that Toronto FC will receive $2 to $3 million for the striker, who some say is the best player in the club’s history.

Although there have been rumors about the deal since last week, it still came as a surprise to Charlie O’Connor Clarke, editor-in-chief for the online media outlet Waking the Red.

“It’s kind of a shock,” Clarke said. “It’s understandable but definitely disappointing to see such a great player’s time in Toronto end like that.”

Giovinco seemed to be unhappy with how Toronto FC dealt with the transfer, voicing his displeasure with management in a lengthy Instagram post late Wednesday night.

“I was hoping to renew my contract and finish my playing career in a city that feels like home,” Giovinco wrote. “It seems management prefers to focus on things other than the pure desire to win.”

Toronto has been home to me and my family for almost 5 years. I arrived here from Italy in January 2015 and immediately felt something special. From day one, I worked hard to repay the opportunity that Toronto had given me. From that first year, I realized that we could do great things here. Through hard work, passion and determination my teammates and I transformed TFC and made it one of the best clubs in MLS and in North America. We didn’t do this alone. Without our great fans this would not have been possible. I can confidently say that I significantly contributed in making unprecedented history at TFC. We wrote a new chapter in the club’s history, together. All for One. This journey has been a wonderful experience for my family and me. It’s without hesitation that I can say that I wanted it to end differently. As I have always maintained, I was hoping to renew my contract and finish my playing career in a city that feels like home. It is here where my daughter was born and where my son took his first steps on a football pitch. A place my family loves to live and wanted to call home for good. Unfortunately, this desire of ours has clashed with a change in direction with current TFC management. For the 2 years I have been seeking to extend my contract however management was reluctant. Recently, after refusing to exercise the club option for 2020, I was offered terms that I deemed unacceptable. They may say I left for a more lucrative deal, but this is not the case. Their offer and lack of transparency is a clear message. It seems management prefers to focus on things other than the pure desire to win. After having grown the brand and elevating the overall reputation of TFC both at home and abroad, it seems I no longer serve a purpose. I would have accepted less to stay in Toronto. Therefore, I reluctantly announce that my tenure as a TFC player has come to an end. I will now focus my attention and efforts towards another challenge. With me I bring beautiful memories. Toronto – the 6ix – you are and will always remain in my heart. Thank you for everything you have taught me about myself and about life. I love you Toronto! Seba

“Players use social media to speak without a filter of media relation teams,” Joshua Kloke, Canadian soccer writer for The Athletic and author of the book Come On You Reds: The Story of Toronto FC, said. “Giovinco is an incredibly honest player.”

Clarke thinks these comments are nothing more than just sour grapes, but there may also be a problem that needs to be addressed with management.

“There’s probably cause for concern, which they only have a couple weeks now to fix,” he said.

Just over a week ago, reports surfaced that right back Gregory van der Wiel was sent home from training camp after an altercation with head coach Greg Vaney. This prompted an Instagram post from van der Weil, saying goodbye to the fans and city while also voicing his complaints with Toronto FC management.

“I just want to win no matter what the consequences are,” van der Wiel said. “I guess that mentality was a little too much for them and they decided they do not need me for this season.”

Dear Toronto. I called you home and I was so happy that I had finally found a place that felt like that. Year one had ups and downs but I found my joy back and I could not wait to get started this new season. I was ready to give it all. Unfortunately year two will never come due to differences with the coaching staff. I just want to win and do that no matter what the consequences are. I guess that mentality was a little too much for them and they decided they do not need me for this season. Teammates and fans, I will miss you guys. All the best, Gregory van der Wiel.

Clarke said it is definitely concerning to see so many things go wrong in a transfer window, but sees why some of the tough decisions have been made.

“A lot of the moves they made have made sense, they just probably have been kind of cold and impersonal and it kind of led to some fan-favourite players getting shipped out of town,” Clarke said.

Kloke said management appears to be shifting towards a more youthful team, which could explain the transfer of 32-year-old Giovinco.

“TFC are trying to transition to a younger squad,” Kloke said. “The idea that they had to keep Giovinco doesn’t play with me.”

Kloke said he expects Toronto FC to start the search to replace Giovinco, among others, very soon.

Clarke said that Toronto FC is already expected to bring in a few players, including a high profile signing, but they must act quickly.

“They have said already that they have players coming in, including, apparently, a big name player coming from a big club coming in from Europe,” Clarke said. “They have two weeks left here until Champions League to turn things around and restore some faith from the fans because it’s not a great look at the moment.”

Kloke said that for now, fans will want answers after the sale of Giovinco and are curious to see what will happen next.

“You just sold the best player in club history. What comes next?” Kloke asked.

The four seasons Giovinco spent in Toronto were the most successful in franchise history. Clarke said this marked the end of an era for the football club and Giovinco has left quite the impact.