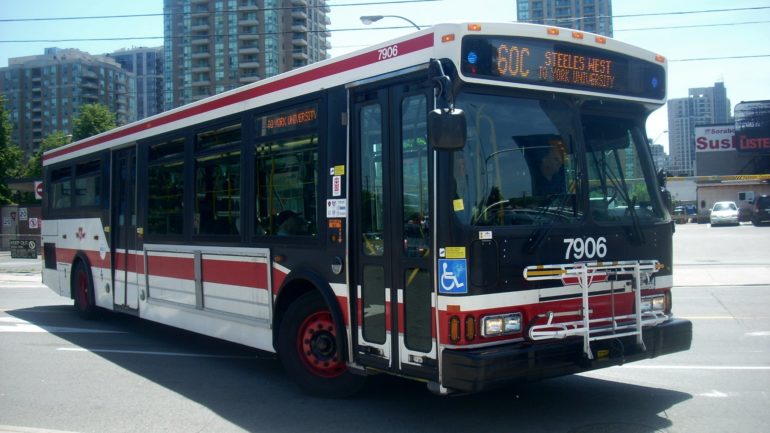 The TTC turned its exterior facing surveillance cameras on for a large portion of its street-level fleet as of Jan. 28.

“This is something that is done in transit systems throughout Ontario, throughout the world,” TTC spokesperson Stuart Green said.

The cameras will record on a 72-hour cycle, rewriting over the old footage unless a request to save is made by police or TTC internal investigators.

“That’s no different from the interior cameras we have now,” Green said. “All of this information will help us get to the bottom of what happened” in the event of an investigation.

Things are a little more complicated when it comes to police getting their hands on the footage.

For the footage to be immediately released, “the criminal act itself must be related to the TTC,” according to their official website.

Section 5.3 of the TTC’s video recording policy allows for law enforcement agencies to remotely access the video surveillance system. This would allow police to surveil an individual via security cameras in real time as they traveled across the city.

Currently, only about 500 of the commission’s 2,000 busses have the cameras installed. All newly-purchased surface vehicles will include them. The rest of the fleet is being retrofitted.

“The low floor streetcars have them, and about 100 Wheel-Trans vehicles have them,” Green said.

The introduction of the cameras come as the TTC is upping its efforts to fight fare evasion.

“Fare evasion is an issue that plagues transit systems around the world. Two to four per cent is an average. We are in the midst of an audit,” Green said.