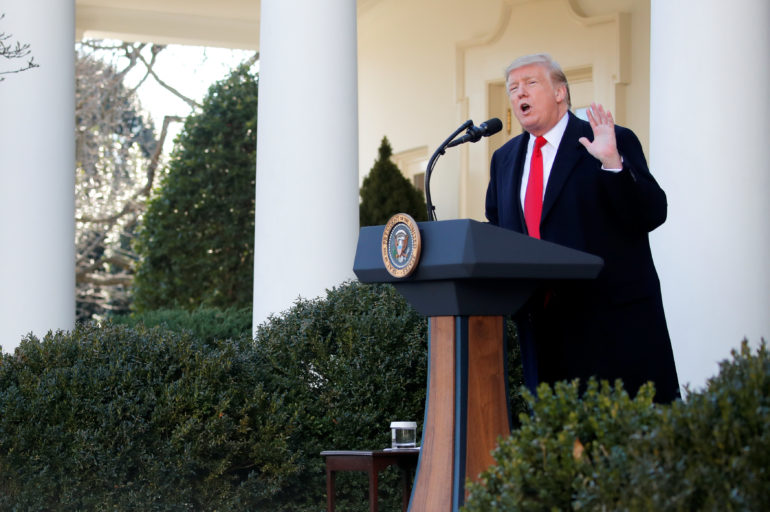 U.S. President Donald Trump speaks to the news media about a deal to end the partial government shutdown in the Rose Garden at the White House in Washington, U.S., January 25, 2019. (REUTERS/Jim Young)

A deal has been reached to end the United States government shutdown until Feb. 15.

House Speaker Nancy Pelosi said that Democrats were looking forward to signing two resolutions. One will reopen all government agencies. The other resolution is for lawmakers to meet to discuss border security.

Pelosi said she was inspired by American workers, who she said showed “strong character” through the shutdown.

“Nonetheless, they have to pay the bills when they come due,” she said.


The partial government shutdown went on for a record-breaking 35 days. About 800,000 workers were not paid during this time.

Some workers from agencies like the Transit Security Agency (TSA) and the FBI were asked to work without pay.

President Trump said that he would declare a national emergency if Republicans and Democrats failed to reach an agreement on funding for his border wall.


“Walls should not be controversial,” the president said in his address at the White House Friday afternoon.