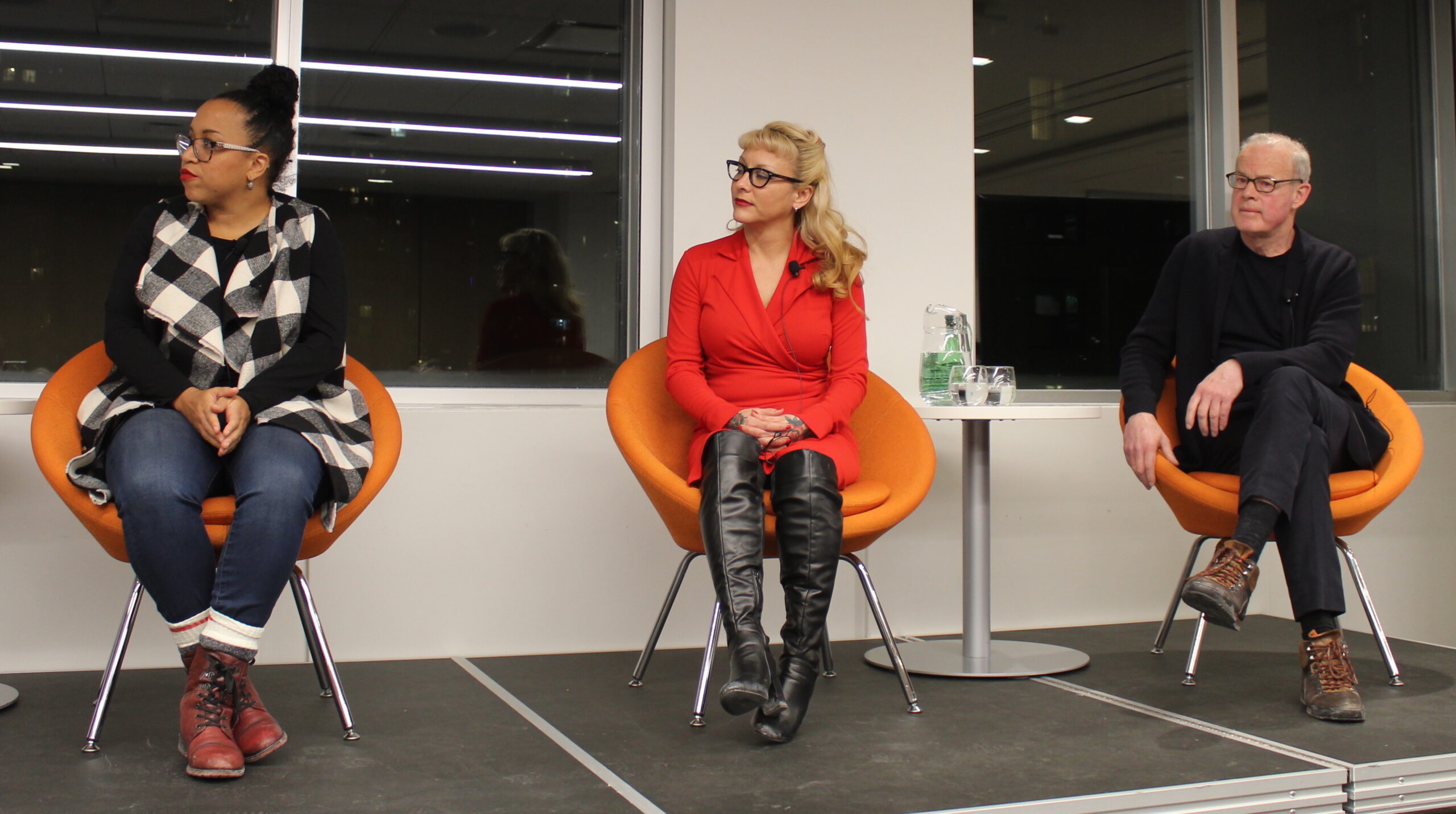 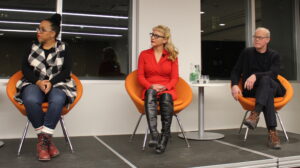 Katie Saunoris, Director of Communications for Penguin Random House Canada, said the panel was part of a month-long series of events dedicated to mental health.

The hour-long panel was moderated by David S. Goldbloom, a psychiatrist and medical advisor at the Centre for Addiction and Mental Health (CAMH). He also co-authored How Can I Help? A Week in My Life as a Psychiatrist.

The panelists consisted of Jael Richardson, Yasuko Thanh, and Don Gillmor. They are all Canadian authors who have written award-winning books about mental health.

Richardson published a 2012 memoir called The Stone Thrower: A Daughter’s Lesson, a Father’s Life, which explores her father’s journeys and difficulties in life. She also founded the Festival of Literacy and Diversity and speaks across Canada about diversity and race in storytelling.

Thanh, who writes about her own battle with mental health, spoke about her 2016 memoir, Mysterious Fragrance of the Yellow Mountains. She also shared insight into the writing of her new book, Mistakes to Run With, to be released in April 2019.

Gillmor, a journalist and author, shared his difficulties with writing his book, To the River: Losing My Brother, where he explored the reasons and tried to understand why his brother committed suicide.

Goldbloom spoke about mental health issues and said everyone is affected by mental illness either in themselves, in someone they care about, or both.

“Most of us don’t write books about it, but these three chose to,” he said.

The authors discussed their own challenges and realizations while writing their books and explained why writing non-fiction accounts of mental health provide a better story. 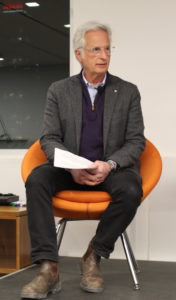 “There comes a point where you feel like it’s okay to remove some of those veils and come at the subject matter as directly and honestly as you can and non-fiction was the move for that,” Thanh said.

Gillmor said he considered writing a fictional account of his brother’s death but realized there was a larger phenomenon about suicide to explore.

“There’s a spike in suicide rates for middle-aged men and two other people I knew had taken their lives, so then it became partly personal, partly journalistic,” he said.

Richardson said she chose to write a non-fiction narrative about her father, Chuck Ealy, a former quarterback for the Canadian Football League. She said his story is not particularly about having a mental illness but was necessary for her to learn in order to understand herself.

Goldbloom also addressed the creative process for writers and how being an outsider can contribute to better storytelling.

The panelists unanimously agreed that feeling like an outsider has been a consistent theme in their personal lives.

“I can’t identify a particular place in my life where I didn’t feel removed from the norm and it made me realize that’s part of my writing,” Richardson said.

Thanh said despite being on the outside, there is still an urge to feel connected to others. She said the only time she doesn’t feel like an outsider is when she is writing and called it her home and happy place.

“When you’re 15 and you feel like an outsider, there’s a sense of alienation but if you become a writer then it’s actually an advantage to have this tool, it becomes something useful,” Gilmor said.

Goldbloom addressed a recent study about gender and suicide in response to an audience member’s question.

“Males die by suicide at two to three times the rate that females do. But females attempt suicide more commonly than males do,” he said.

Goldbloom said men tend to use more dangerous techniques such as hanging or shooting themselves, while women commonly use overdosing or cutting their wrists.

“There are also people who don’t end up with adult mental health problems because the common human response to trauma is resilience,” Goldbloom said. “We are hardwired to cope in a variety of ways with difficult circumstances.” 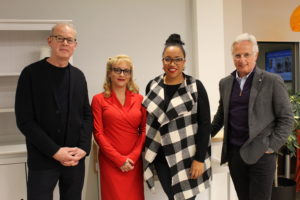 Bell Let’s Talk Day was introduced in 2010 by Bell Canada and focuses on creating a conversation around mental health, according to the official website. It states the money goes towards four areas: research, care and access, anti-stigma, and workplace initiatives.

Bell said this year it raised in excess of $7.2 million and had more than 14 million interactions including the Bell Let’s Talk hashtag on social media, and calls and texts messages sent over the Bell network.