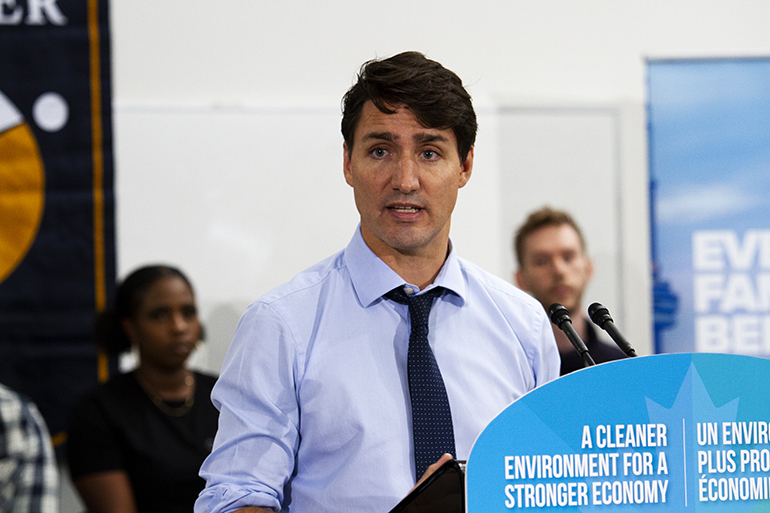 Prime Minister Justin Trudeau announced a plan Tuesday to give carbon tax rebates to families while imposing penalties on provinces that have not fallen in line with the federal climate change policy.

At a news conference at Humber College’s North Campus, Trudeau said that a carbon tax was the best way to halt climate change as it will no longer be free to pollute.

“We know, and it’s basic economics, that if you start putting a price on something you don’t want, people will look at ways of not having to pay that price,” he said.

Trudeau said rebates for families will help them through the initial difficulties they may face as products like gasoline get a price hike.

“It’s not enough to create a cleaner economy. We have to make sure that regular Canadians can afford it,” he said.

“Eight in 10 Ontario families will get back more than they pay directly,” he said.

Ontario is one of four provinces affected by this plan, called the Climate Action Initiative. The other three are Saskatchewan, Manitoba and New Brunswick.

These provinces currently have no set price on carbon emissions. The federal price is $20 per tonne, and is set to rise to $50 per tonne by 2022.

Carbon emissions in B.C. are $35 per tonne, and will rise to $50 per tonne a year earlier than the federal standard.

In a question and answer period with students, Trudeau said that the current climate change crisis had not happened overnight.

“It wasn’t one choice by one leader, 50 years ago or 200 years ago in the Industrial Revolution, that set us on this path to anthropogenic global warming,” he said. “It was the accumulated actions of millions upon millions of people all around the world.”

Trudeau said that while stopping climate change would take “millions of millions” of actions by individuals, the responsibility was shared between consumers and the government.

He said the new Climate Action Initiative was a step towards that.

“By doing something like putting a price on pollution, we’re making it easier for individuals to understand… what the right or better choices are.”