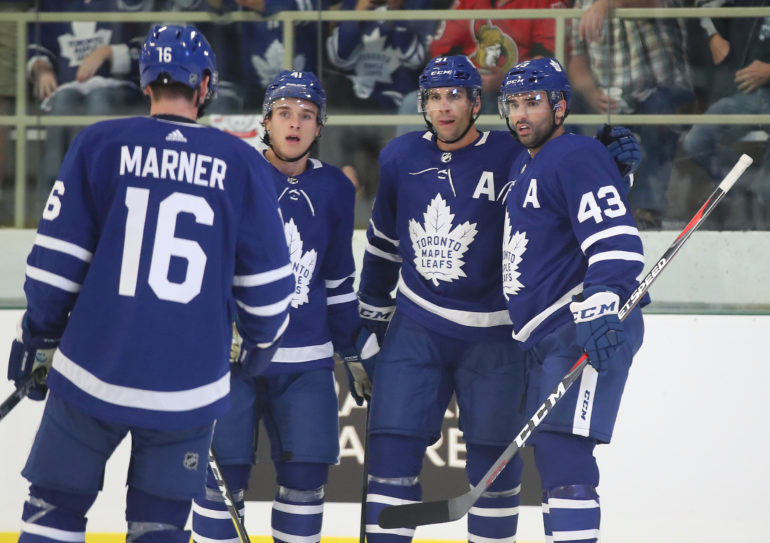 The Toronto Maple Leafs had an off-season for the ages after landing Toronto native John Tavares, a franchise-altering centre and the biggest free agent of the summer.

Tavares, who just turned 28, spent the first nine years of his career with the New York Islanders. He has established himself as one of the league’s best players, finishing top three in MVP voting twice so far in his career.

From 2005 until 2015, the Maple Leafs only made the playoffs once. After finishing dead last in the 2015-16 season, they finally secured the first overall pick in the draft and selected Auston Matthews. The following year they returned to the playoffs, and a new era in Toronto began.

“It’s surreal,” said Tyler Rockman, a lifelong Toronto Maple Leafs fan originally from Montreal. “Going years and years of watching the Canadiens’ playoffs games with my friends while the Leafs were never good enough to do anything, now it’s the opposite.” 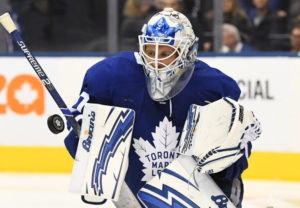 Last season, the Maple Leafs set a franchise record when they finished with 105 points and a record of 49-26-7. With a majority of that same team returning this season, there’s no reason to believe that they can’t improve based on their off-season addition.

“I personally think people are being a little too optimistic,” he added. “Their core is still extremely young and I am super confident in our management to find a way to make it all come together in the coming years.”

The Maple Leafs still have a few question marks heading into the season that may hold them back. The first is that William Nylander, one of their top offensive players, still has not signed a contract or reported to training camp.

“Willy knows we want him back,” said coach Mike Babcock during a press conference. “We’d like him back as soon as possible. That’s a business thing between him and [GM] Kyle.”

The 22-year-old native of Sweden was selected eighth overall by the Maple Leafs in 2014, and has been a key to their success over the last couple of years. Over the last two seasons he managed to put up 42 goals and 80 assists in 163 games.

Nylander became a restricted free-agent over the summer, and so far him and the Maple Leafs organization have not agreed on a contract. With the season set to kick-off on Oct. 3, it’s looking more and more likely that contract negotiations may slip into the regular season, meaning that he will not be in the lineup.

The other question mark that the Maple Leafs face heading into this season is what their blueline will look like. With a ton of impressive defensive prospects in their system such as Andreas Borgman and Rasmus Sandin, it may take a couple of years for them to develop an elite defensive squad.

“I think their future is really bright,” Rockman added. “They have some young studs on defence coming up soon that will help them immensely and their forwards will be dominant for a long time.” 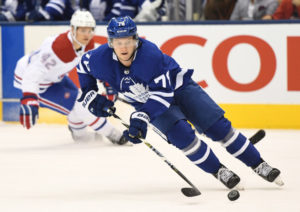 That isn’t to say that the defensemen that they will put out this season aren’t good enough, as they allowed 2.8 goals per game last season which was 12th best in the league. Their offence is surely good enough to suppress any defensive woes they may encounter, though.

The Maple Leafs are one of the league’s best teams for the first time in a long time. Sports fans in Toronto have been teased with potential championships over the last few years thanks to the success of other Toronto teams like the Blue Jays and Raptors.

Now that the Maple Leafs are in the mix for being a legitimate championship contender, fans may have to temper their expectations for this year. The future of the organization is brighter than ever, and it may take them a couple of years to truly get their footing. Nonetheless, this season will be a great one and hockey fans all around Toronto should be extremely excited.