Drake’s new song has fans jumping out of cars 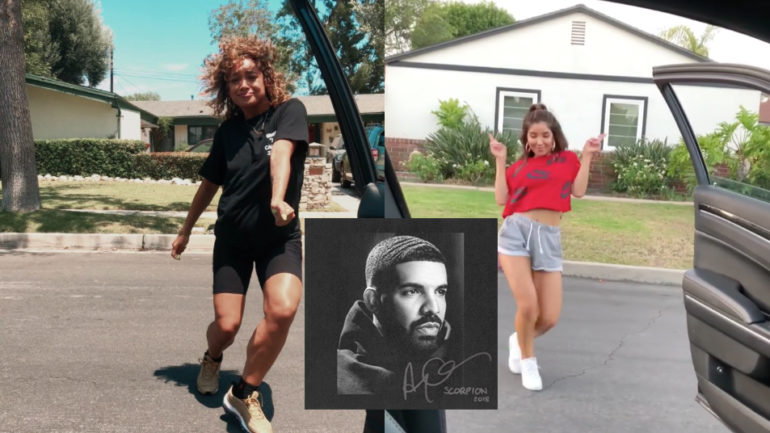 People across the internet are attempting a new dance challenge inspired by a new Drake song. It involves jumping out of a car. (via Instagram)

Drake’s hit song ‘In My Feelings’ from his newest album Scorpion has fans around the world trying a new and potentially dangerous dance challenge.

While fans are jumping out of moving cars to dance to the singer’s new hit, Toronto Police say the latest rage is potentially dangerous and drivers could face a careless driving charge.

This latest trend has people jumping out of moving cars to dance to Drake’s new song in a fad known as the #inmyfeelingschallenge, #kekechallenge or the #DoTheShiggy.

The challenge started with American comedian Shiggy posting a video of himself on Instagram dancing to the song the night it was released, captioned “Keke do you love me,” the song’s chorus. Shiggy’s video was filmed from inside the car as he stepped out and danced on the street along side an open passenger door.

The “challenge” involves a person jumping from a moving car landing on their feet dancing. Meanwhile, someone from the front seat of the moving car is video recording the dancer on camera. This all happens while doing Shiggy’s original choreography with their own twist, as Drake’s “In My Feelings” plays from the aux cord.

Toronto Police Constable Clinton Stibbe with Traffic Services said it is important for police to look at each incident and determine whether there is any criminality. People attempting the challenge could run the risk a charge for careless driving.

“I strongly suggest that anyone who is intending to do this is putting themselves and everyone else at great risk,” Stibbe said. “It is dangerous. There are so many different charges and consequences that can be laid out by this type of action.”

Celebrities are joining the challenge.

Will Smith posted a video titled Drake Almost Got Me Killed on YouTube, where he’s dancing on a bridge in Budapest. Singer Ciara posted a dance video of her and husband Russel Wilson while vacationing in South Africa. Even New York Giants wide receiver Odell Beckham Jr. posted a video of himself hopping out of a car to dance.

From there it quickly caught on.

KEKE DO YOU LOVE ME ? #Mood @Drake pic.twitter.com/KdVU0KxwSv

Toronto Raptors Dance Pak member Kelly Lopes feels the viral challenge is catchy, especially watching so many people from around the world post their videos on social media.

“The song and the challenge are entertaining, I like the swag of the choreography,” Lopes said. “It was definitely something I wanted to learn when I first saw it.

“It’s cool to see people in China, Poland and a lot of American states all showing their own rendition of the dance, it just goes to show that music and dance is a universal language,” she said.

Ellie Szymala, an Ottawa kindergarten teacher, said she just enjoys seeing so many people attempt it.

“All I know is I can’t stop watching them,” Szymala said.

Drake met Shiggy on July 17 and thanked him for all the hype and success his challenge brought to his song, causing it to go viral, despite condemnation from traffic safety authorities, including the U.S National Transportation Safety Board.

“Here’s a reminder we thought we’d never have to give: Don’t jump out of a moving vehicle to dance in the street,” the board stated.