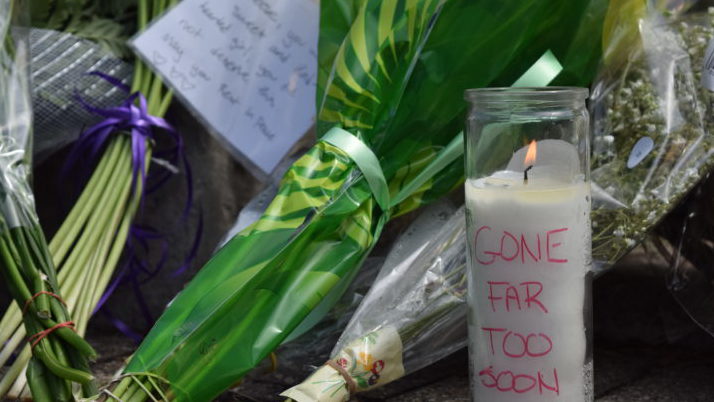 A vigil in memory of Reese Fallon is being held at her old high school, Malvern Collegiate, in Scarborough.

Fallon, 18, is one of the victims gunned down during Sunday’s horrific shooting spree on Danforth Avenue in Toronto’s Greektown. Sixteen people in total were shot.

The flag at the school was raised at half-mast, while flowers, candles and notes were left underneath in remembrance of Fallon.

Humber College has also lowered their flags to half-mast as a sign of respect and mourning for the victims.

Teachers and school mates alike have described Fallon as being a friendly, intelligent and kind young woman, who had hopes of becoming a nurse. She was registered to begin her courses at McMaster University in Hamilton.