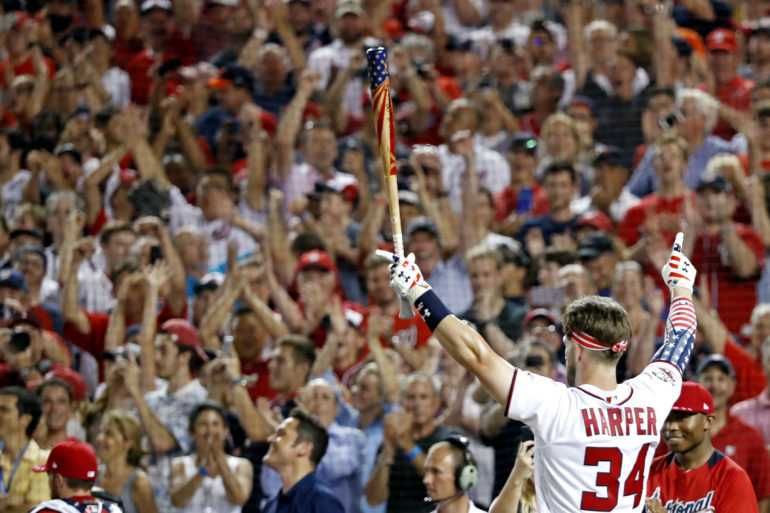 Fans at Nationals Park in Washington, D.C., were treated to a thrilling evening from start to finish, including a new home runs record set by eight batters at the MLB All-Star event.

The group hit 221 homers in the event, 18 more than the record set two years ago.

The following infographic looks at the statistics from this year’s derby, followed by a timeline that looks at the history of the event.