Commons approves cannabis bill, sends it back to Senate — again 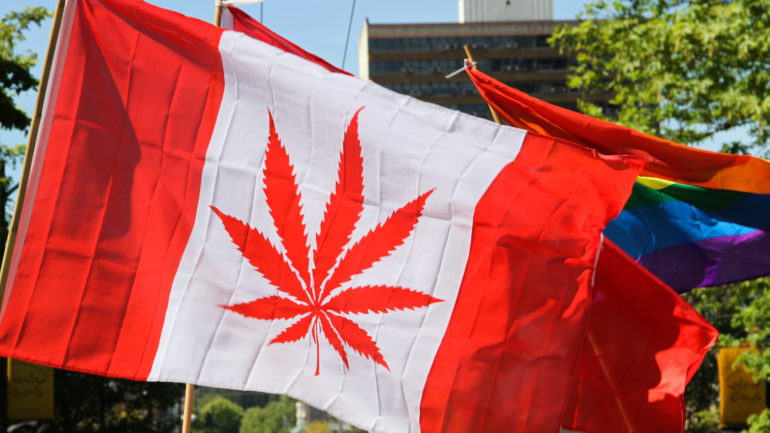 The federal government is standing by its decision to allow Canadians to grow up to four cannabis plants at home.

Bill C-45 – also known as the Cannabis Act – returned to the House of Commons last Sunday to discuss the Senate’s proposed 46 amendments on the June 7 reading.

Health Minister Ginette Petipas Taylor defended the federal government’s decision to allow the home cultivation of cannabis to remain in Bill C-45, one of the contentious issues in the Senate.

“As you know, the bill proposes to allow adults to grow up to four plants per household,” she said.

Petipas Taylor said by letting people “grow a small number of plants for personal use, we are preventing the useless criminalization of citizens who are otherwise law-abiding.”

Home-grown cannabis would also curb the black market, she said.

“Allowing the limited growth of plants at home would displace the illegal market, which is unsafe and unregulated, and supports criminals and organized crime,”Petipas Taylor said. “Setting a very low limit on the number of plants is a reasonable way to allow adults to cultivate cannabis for their personal use while prohibiting larger scale grow-ops.”

At the moment, Québec and Manitoba have restricted personal cultivation of cannabis, and New Brunswick has mandated all cannabis plants stored or grown in a private home must be locked in a container or room.

“We saw in Washington State, where they did not allow ‘home-grown,’ that in fact…organized crime was eliminated,” she said.

Gladu said the minister is wrong, pointing to Colorado as proof.

“The minister has gone on record saying, ‘what we’re implementing here will accomplish that,’ when clearly in Colorado, who allowed ‘home-grown,’ that did not happen,” she said.

The MP said locking plants into a room or container won’t be enough because they can produce as much as 600 g of cannabis. She also said Manitoba, Quebec and New Brunswick recognize locking the plants up won’t be enough to “keep it out of the hands of children.”

Gérard Deltell, who is the Progressive Conservative MP for Quebec City’s Louis-Saint-Laurent riding, raised Gladu’s same concerns of home-cultivation during question period in the House of Commons on June 14.

Deltell even took a swipe at Prime Minister Justin Trudeau when it comes to homegrown cannabis.

“Can the prime minister assure us of one thing, that there won’t be any pot production at 24 Sussex,” he said.

If the federal government’s rejection of this amendment is passed in the senate the provinces and territories will be required to follow suit with the rest of Canada in allowing home-cultivation of cannabis.

However, provinces and territories will not necessarily have to allow the homeowners’ growth of four plants, and can choose to lower the number.

“Under the proposed legislation, provinces and territories will have the flexibility to impose additional restrictions on personal cultivation should they wish to do so,” Petipas Taylor said.

Among the 46 proposed amendments to the bill, 26 were approved while 13 were rejected by the federal government.

One of the rejected amendments concerned the advertising on cannabis-related products, which the government said packaging restrictions are already set in place by Health Canada.

Another amendment requested Bill C-45 impose limitations on the potency of cannabis, which the government said it has already committed to establishing THC limits in regulations.

The Senate could review Bill C-45 this week but if rejected again it will return to the House of Commons, prolonging the legalization date even further. If the bill is approved by the senate, it will be sent to the Governor General for royal assent.

The federal government is planning to wait eight to 12 weeks after receiving royal assent, which would potentially set a September date for cannabis legalization.