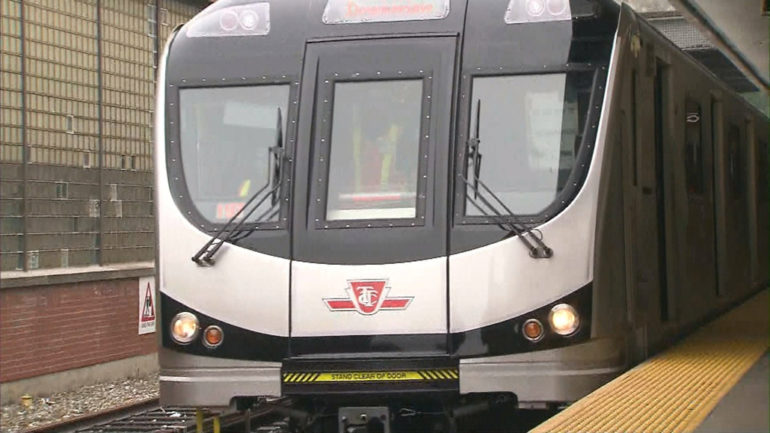 Toronto Transit Commission faces the challenge of implementing safety measures in the wake of accidents.

Recent injuries and deaths in Toronto’s subway stations is raising questions about public safety at the TTC.

The latest incident was reported yesterday after a 45-year-old man was taken to a hospital trauma centre after suffering serious head injuries at North York Centre subway station. He was reportedly standing too close to the edge of the platform and was hit by the train.

Hayley Waldman, a spokesperson for TTC, said that they take safety very seriously.

“Safety is of paramount importance to TTC and it is our first priority,” Waldman said. “This particular incident from yesterday was not specifically an issue regarding any kind of crowding, monitoring or security issues.”

Waldman would not confirm the incident was a suicide attempt but said the TTC’s suicide prevention program, Crisis Link, in partnership with distress centres and Bell Canada, offers help to those at risk.

“Crisis Link is a unique poster or payphone program available on every platform,” Waldman said. “It encourages anyone thinking of suicide to use the payphone at the Designated Waiting Area on each platform. The person can talk to a trained counselor at the Distress Centres of Toronto.”

Waldman said the TTC makes sure their customers get to their destinations as safely as possible.

The Toronto subway is Canada’s second busiest system after the Montreal Metro and second longest by track length after the Vancouver Sky Train.

TTC does not employ some of the safety techniques adopted in various cities around the globe. One of the most reliable methods is to block access to the tracks.

In cities like Hong Kong and Seoul, there are glass barriers or sliding gates that prevent access to the trains and stop passengers from falling off the platform.

Waldman said higher costs are one of the main reasons safety barriers don’t exist on the TTC.

“There are platform barriers in various countries but they come with a very steep cost,” she said. “It demands billions of dollars to install them and it definitely is a factor.”

She also highlighted that the TTC has implemented measures to monitor crowds.

“We do have personnel on the platform and we are increasing the volume of service to control the crowd as well,” Waldman said.

Feyzal Ince, a regular TTC rider, believes there is not enough security at the subway stations.

“I have had issues. I have been followed and there wasn’t anyone I could tell,” Ince said.

She suggests people should be more aware. As the authorities make plans to ensure public safety at subway stations, the public has the responsibility to follow the instructions.

“People just take a step back when something happens. People tend to ignore if someone shows suicide tendency,” Ince said. “I have seen it.”

“TTC really needs to improve the security and make sure that they know what is happening. There has to be more control over the crowd,” she said.