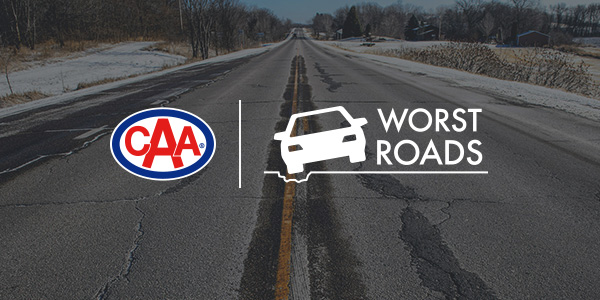 Spring has sprung and so have the potholes. If you’re tired of the bumpy commute to work, the time has come to have your voice heard.

This year marks the 15th year of the campaign which gives drivers the opportunity to vote online for roads they think need a little extra care.

Potholes are a major road issue and can cause hundreds of dollars in automobile repairs.

The goal is to make roads safer by signaling to the different levels of government what roads need to be maintained.

Once voting is closed, the CAA will compile and present the list of 2018 Worst Roads to local and provincial officials to help shape future funding and planning decisions.

Raymond Chan, who handles government relations for the CAA, said that governments tend to budget for road improvements about five to ten years in advance.

“These things usually get done in or planned out several years in advance. So just because a particular road appears on the top 10 list doesn’t necessarily mean it’s going to get fixed up right away,” said Chan.

Over the last 15 years, the list has featured bad roads from all over the province. The most notorious currently is located in Hamilton. Burlington Street East took the number one spot during last year’s campaign but Chan says the it has appeared on the list for years.

“Previously we had different street as well as Bayview Avenue reoccur on our top 10 list numerous times,” Chan said.

The CAA SCO surveyed members on local road conditions. 69 per cent of respondents said that there is a road in their community or on their commute that requires repair and 71 per cent of these members said they have never taken any steps to actually fix problems.

“A lot of people contact us and let us know that they don’t know necessarily where to turn to in order to get a problem pothole or problematic road fix,” Chan said. “So this is their opportunity to have their say and we’re encouraging everyone whether you’re a motorist a cyclist or pedestrian or even a transit rider to contribute.”