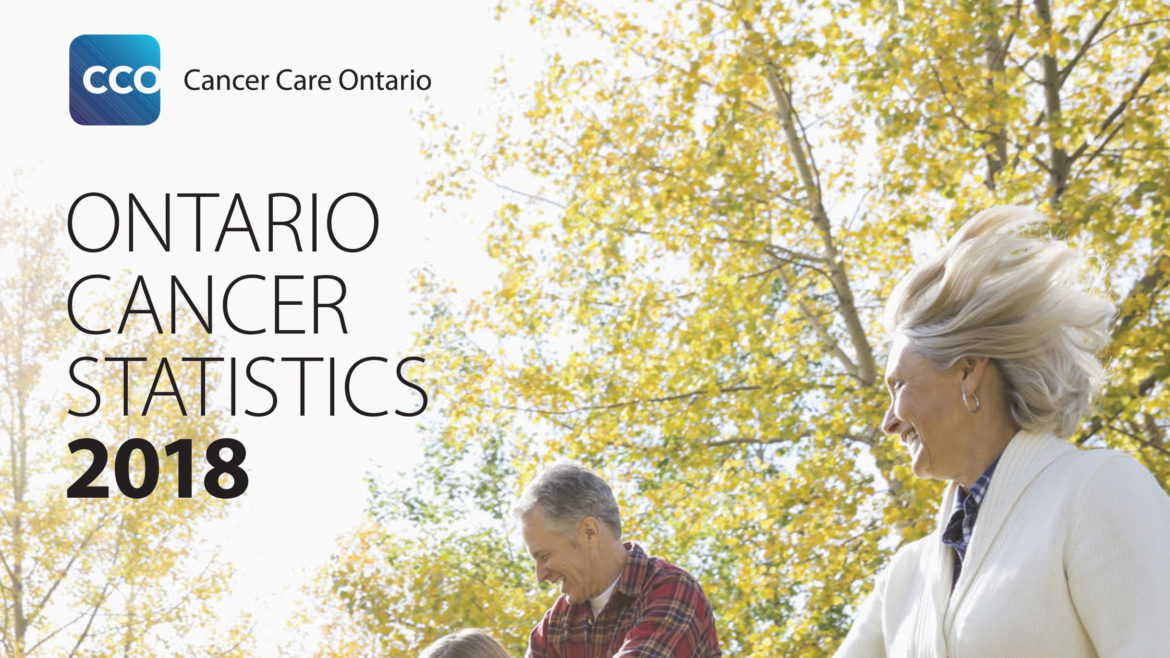 Rodney Ignacchitti could do little but watch his 70-year-old father Roberto suffer for two years after he was diagnosed with prostate cancer in 2011.

Roberto passed away in 2013, after he discovered the disease that would later spread through his body, becoming what’s known as a Klatskin tumour. It is aggressive and strikes at the bile ducts of the liver.

It took away any ability to recover, and he continuously weakened.

Roberto was one of a 100,000 people that suffered from cancer in the last few years, and according to Cancer Care Ontario, it’s expected 90,483 new cases of cancer in the province this year.

The Surveillance and Cancer Registry department of CCO estimates that breast, colorectal and lung cancers are projected to represent almost 40 per cent of all new cancers diagnosed in 2018.

The most common, female breast cancer, represents 13 per cent of all new cases, followed closely by 12.8 per cent of colorectal and 12.6 per cent of lung cancers.

According to the report, 30,574 cancer deaths are expected to occur in the province this year, almost 187 deaths per 100,000 people. The leading cause is expected to be lung cancer, representing 24.2 per cent of all cancer deaths, followed by colorectal at 11 per cent and female breast cancer at 6.5 per cent.

People between 60 and 79 years old represents almost 51 per cent of expected deaths from cancer in Ontario.

Among males, prostate cancer is expected to be the most commonly diagnosed cancer in Ontarians, accounting for an estimated 8,828 new cases, almost 116 diagnoses per 100,000 people.

In 2013, 29 per cent of all deaths in Ontario were attributed to cancer, with 24 per cent of those deaths from lung cancer. (Cancer Care Ontario)

Clarisse Vieira, 75, underwent surgery for removal of a malignant nodule in her breast in 2015 after discovering it through routine exams.

“My doctor removed a quadrant of the left breast and reduced the other one, so it doesn’t look uneven,” she said. “I didn’t need radiotherapy or chemotherapy, but I have to take a daily medication for five years since the surgery.”

Vieira said she didn’t despair when she was diagnosed, and she says it’s absolutely necessary for women to undergo routine exams, since that is how she discovered her tumour and treated the cancer.

“I told him that if it was necessary to remove my breasts, he could do it,” she said. “I just wanted to have the carcinoma removed, because it didn’t belong to me.”

Ignacchitti said that fighting against cancer is an arduous path, not to mention the emotional pain that not only the patient but the whole family goes through.

“When the diagnosis was finally released, there wasn’t too much to be done besides fighting temporally giving my father a bit more of time,” he said. “Everyone was very supportive towards doing what we could to make him a bit better.”

Vieira believes spirituality and optimism helps in this situation.

“I’m sure God helps us a lot through our pray,” she said. “From requests to good vibrations, God is always listening to us.”