The Weeknd cuts ties with H&M over controversial ad 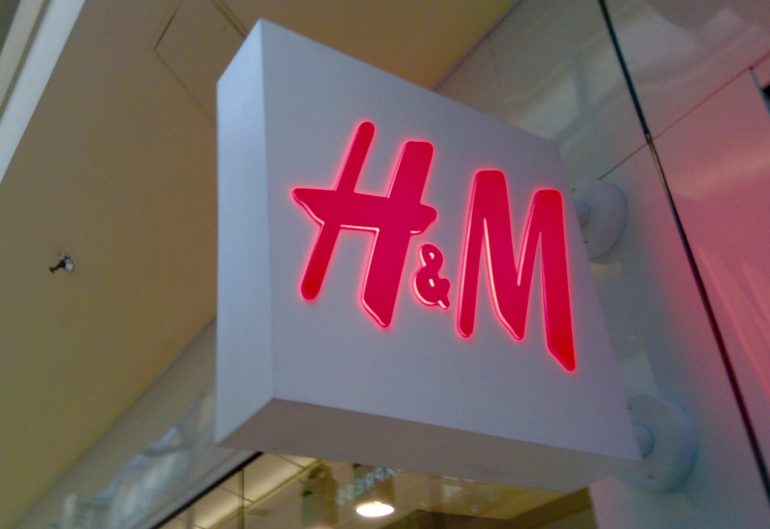 Toronto’s R&B singer The Weeknd, has ended his partnership on Monday with clothing giant H&M over a controversial slogan on a child’s sweatshirt.

H&M’s UK online website advertised a black boy wearing a hoodie with the phrase “Coolest monkey in the jungle.”

The image surfaced on Twitter, where The Weeknd tweeted his disapproval.

woke up this morning shocked and embarrassed by this photo. i’m deeply offended and will not be working with @hm anymore… pic.twitter.com/P3023iYzAb

Other celebrities such as P. Diddy, LeBron James and Questlove from The Roots also voiced their concerns.

Put some respect on it!! When you look at us make sure you see royalty and super natural God sent glory!! Anything else is disrespectful. pic.twitter.com/QVaxgngwh1

I’m sure the apologies are a coming. And the ads will be pulled. I’m certain there will Be media fixers and whatnot and maybe a grand gesture like a donation to some charity (donations under these circumstances are the corporate version #SomeOfMyBestFriendsAre move if there ever was one) all this tells me about @HM is that the seats in the boardroom lack something…wanna take a guess?

People were outraged with the negative connotation the sweatshirt had towards the black community.

Anthony Morgan, social justice lawyer and advocate for Toronto’s Black community, questioned how it was possible the slogan was approved in the first place.

“I was surprised and disappointed of course because I thought about how many levels of approval the slogan had to go through before getting to the public,” Morgan said.

“The fact that none of the individuals who are tasked with reviewing such things didn’t see it is a problem. To me that suggests that it’s not just a one time slip-up, but there’s at least room to make an inquiry that anti-black racism is widespread within the organization,” he said.

Critics say the term on the sweatshirt is racist towards the Black community because it is dehumanizing. According to UCLA psychologist Phillip Atiba Goff, referring to black people as monkeys began with the first European contact with Africans.

Even today, the term is still used to described people from the black community. The Swedish clothing company issued a statement after receiving the backlash Monday afternoon.

“This image has now been removed from all H&M channels and we apologize to anyone this may have offended,” an H&M spokesperson said.

We’d like to put on record our position in relation to the controversial image of our hoodie. Our position is simple – we’ve got this wrong and we’re deeply sorry. https://t.co/M9j5Fh2WxR

After the apology was made public, Morgan said he wasn’t surprised the company did what they thought was damage control.

“H&M knew they had to issue an apology after losing The Weeknd as a spokesperson, they had to because he exposed his frustrations with the company about not wanting to work with them anymore,” Morgan said.

“It was definitely necessary if H&M wants to show their commitment to learning from this incident moving forward.”

Christine McCaw, program coordinator for the marketing program at Humber believes the controversy surrounding the brand will impact the store but they’ll be able to move forward.

“They made a mistake, but as long as they’re more careful with their content and the public sees a change in their imagery,” McCaw said. “We have to remember they have a strong brand with the youth market, it’s inexpensive and very popular.”

McCaw also points out that the term the on the sweatshirt is discriminating because a black boy is the model in the image, though many parents do refer to their kids as monkeys.

“Parents call their kids little monkeys and I have a picture in my office right now of my daughter and the frame has a monkey on it, ” McCaw said.

“However, the choice in the instinct, to have African American or an African Canadian child in that shirt shouldn’t have happened and it was an oversight by H&M.”