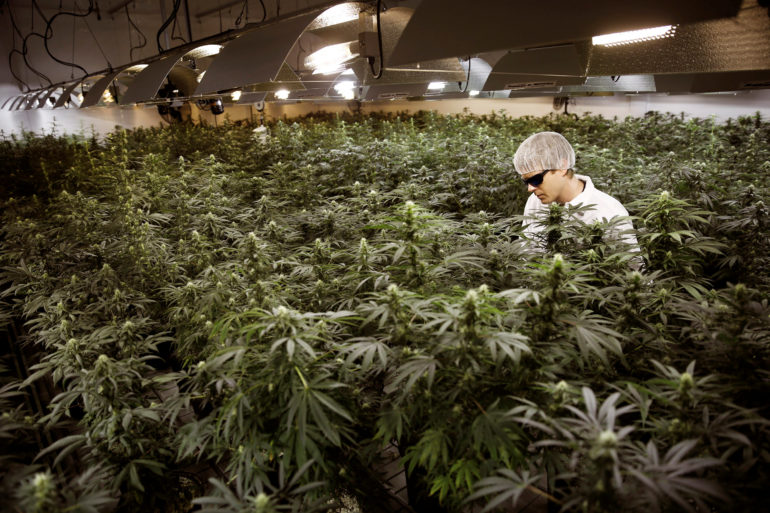 Since the announcement last year that marijuana would be legalized in the summer of 2018, Canadian weed stocks have flourished into one of the biggest hits on the stock market.

The stock market can lead to quick returns, but equally quick losses.

When 2017 was coming to a close, the market saw cannabis companies reach record highs, and now just a mere few weeks into 2018 the upward trend continues.

Robert D’Angelo, a branch owner and senior financial advisor at Manulife Securities, said the stock price keeps going up due to the fact people keep buying, but sooner or later it will drop.

“Two things that I’ve been taught in my 25-year career with respect to the markets is driven by number one fear and number two is greed and I think right now the greed factor has taken over the marijuana stocks,” said D’Angelo.

“The numbers just don’t match, the fundamentals just aren’t there right now, these companies haven’t made money – most of them – everybody just wants to get into it and that’s what it is right now and that’s what has been driving the price up.”

D’Angelo said that marijuana over time would be a good investment but recommends investors hold off on buying in for the moment.

“I would wait for a pull back. Things have gone up too fast over the last year or so and I would wait for the fundamentals to be there to warrant it being a good investment,” he said.

“You should be well [versed] with your investment time horizon and risk tolerance level before you consider investing in the markets.”

Certified day trader Gianluca Malatesta who is invested in the weed market, believes the sky is the limit.

“I think there’s a lot of room to run still. We are just seeing the beginning of the rise up. I’m sure there will be a market correction,” he said.

“Will it plateau? Perhaps, but there definitely is more room to the upside especially when the LCBO stores in Ontario open up their cannabis stores and then the purchase of marijuana is legal.”

One of Canopy’s largest competitors is Aurora Cannabis Inc. (ACB.TO) which on Dec. 1, closed at $7.52/share and today sits above $10/share.

Though not as impressive as Canopy’s track record, it’s quite a jump considering the stock sat just above $2 in September.

“It has to and as I’m looking at the markets right now it’s probably already started today,”