The cell phone price war is over 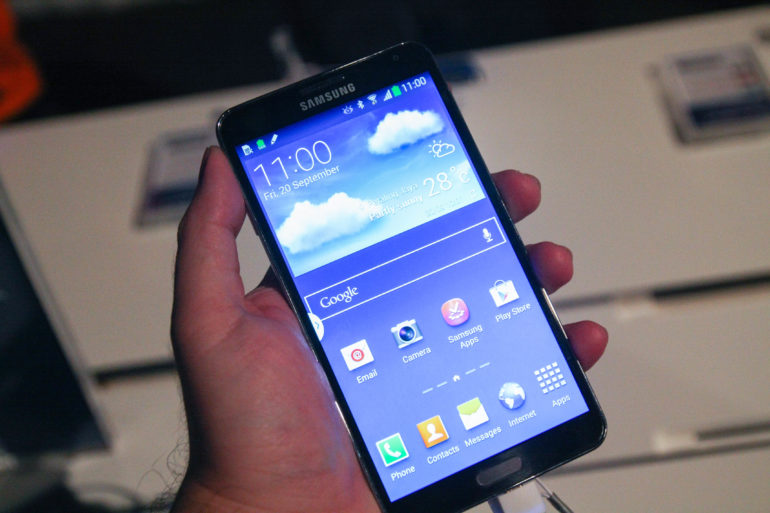 Canada’s great data sale has ended and if you weren’t lucky enough to take advantage of the deal, it’s too late.

The cellphone data plan deals provided by the major telecommunication providers came to an end this Monday. For four days only, customers were able to purchase 10GB for just $60 on unlocked phones.

Deals included unlimited Canada-wide calling by Rogers, Bell and Telus and they started on Friday.

Employees at stores and booths were overwhelmed by the flood of customers wanting to sign up. Lots of customers were left disappointed and took to social media, expressing their complaints about how they were turned away from stores and told to sign up by calling the company. Frustration set in as they could not get through customer service when they tried to sign up over the phone.

“I could not sign up for this deal,” says Safeel Zakir Khan who studies Business Accounting at Humber College. “I simply could not connect through the customer care service when I tried calling them as per the instructions from the Bell store when I went there to sign up for the deal.”

Many existing customers were angry as the deal was exclusively for new customers.

@Bell if I can’t through to your CSR tonight, I’m switching to Telus. Waiting over 2 hours on the phone already. Why can’t you just offer it in store like everyone else for the 10GB $60 plan for your existing customers? @Bell_Support

The thing that I like most about this new 10GB for $60 thing that the big telecoms are suddenly offering is how it amounts to them admitting that it is very easy for them to offer us more for less, and that they've been gouging us all for years.

Canadian wireless plans are expensive. Studies show that Canadians pay among the highest prices in the world for wireless services.

“Its dumb how phone bills are so high in Canada,” says Lewis Jacob who works for Chartwells at Humber College.

“Paying so much for basic services is just not fair,” Jacob said.

Telecommunication providers in Canada are protected by the government to a certain extent which allows for this abnormal behavior.

Canadian law prohibits foreign cell phone companies from entering and altering the industry with competitive pricing. Canada’s Competition Bureau notes that price differences in the telecom industry are not explained by the usual factors such as the value of services offered, differences in demand or demographics, but instead were based on the existence or the absence of a strong regional competitor.

The frenzy at @Bell, @Rogers and @TELUS right now should send a pretty clear message that Canadians are sick of overpriced data packages. This is why we need a strong 4th national carrier like @FreedomMobile (who started this whole 10GB for $60 thing in the first place).

In this light, it seems the deal was offered to boost sales and to attract new customers before the end of the year.

Now that wireless customers have had a taste of data prices enjoyed by other countries, they can only hope for another price war in Canada.