Ryerson University is the latest to welcome life-saving naloxone kits 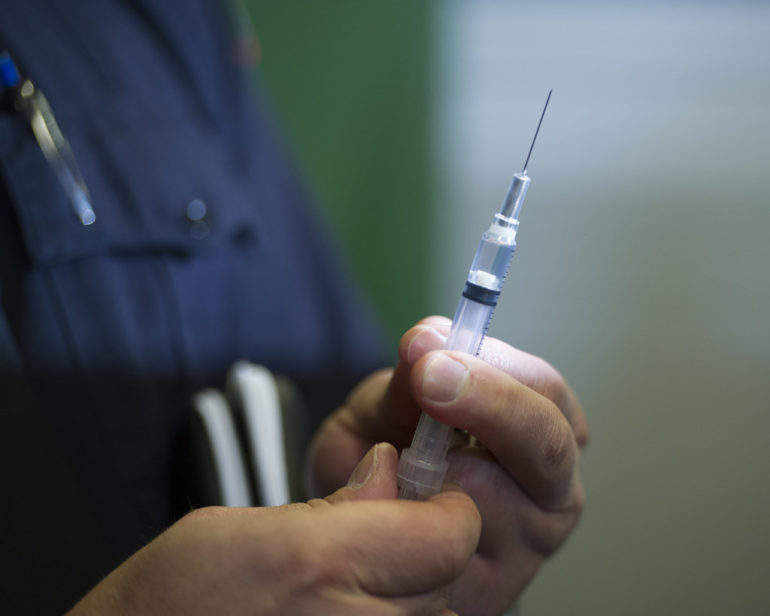 Ryerson University has become the latest institution to turn to Naloxone as a life saving tool to reverse the effect of fentanyl overdoses. The university announced on Wednesday they would make the kits accessible to students who work for Ryerson’s Equity Service Centres.

Corey Scott, Ryerson’s equity and campaign organizer, said the Naloxone injection has fewer side effects than even the most basic life-saving practices.

“What a lot of people confuse this with is giving drugs to addicts, it’s not standard drugs it’s actually saving a life. Within our training they cover what the harm is, which is nausea and a headache. If you compare this to CPR, where you could break people’s ribcage it’s on a whole different scale.”

Scott believes the move to have staff trained in using Naloxone kits isn’t necessarily about making them responsible for saving the day.

“We decided to become educated. I think other schools should consider it. We are not replacing first responders on campus but we should be assisting and helping assess wherever possible but sometimes you can’t wait five minutes and you have to be willing,” he said.

It’s not hard to see why Ryerson moved to educating students about Naloxone kits when fentanyl is described as 50 times more potent than heroin and 100 times stronger than morphine. This drug is not only dangerous for the addict, but for the people dealing with the addict. Even inhaling or touching fentanyl can kill someone.

Fentanyl deaths have increased 285 per cent in the last 25 years in Canada. In 2015, 735 people died of opioid-related causes according to the Ontario Drug Policy Research Network.

With the exponential growth of deaths in Canada, Naloxone kits have been introduced to a number of Canadian institutions like high schools, fire stations, bars and colleges and universities.

Last day of @ARCHESLeth education visit at the Crossings Branch. We talked about the opioid crisis and naloxone kits. #yql #harmreduction pic.twitter.com/ifDVVEzwcF

Emily Scappaticci, a server at Fionn Maccools bar in Etobicoke, hasn’t personally seen the kits used to save lives, but understands the impact it could have.

“If you can use it to save someone’s life, why not? If this kit is used in some schools I wouldn’t see why it wouldn’t be in bars. It might only be a matter of time until we have it too,” Scappaticci said.

Scappaticci has, however, heard of the deadly drug plaguing Canada for the last 25 years.

“Fentanyl is something you hear pop up every now and again. It’s become pretty bad so I guess it’s good these kits are being put in places like schools and bars,” she said.

Susan Carr, a high school trustee in British Columbia, has pushed for the kits to be mandated at high schools across the country as a tool to help teenage drug users.

“We know those kids in that age group are experimental. I think this is just the smart thing to do. You hope you never have to use it, but it’s there just in case,” Carr said.

“This isn’t getting better, this is getting worse,” Carr said.

The B.C. school trustee said she can’t figure out why the kits haven’t been introduced and doesn’t see the downside to having the kits as a precaution.