Women tweet #MeToo to stand up against sexual harassment, assault 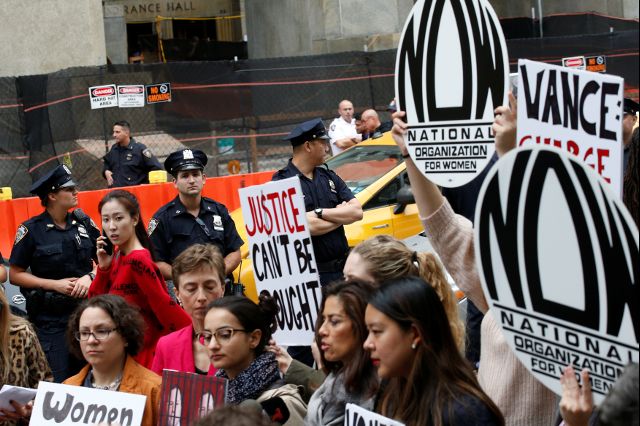 Women all over the world have been standing up for themselves and others by using the hashtag, #MeToo to support victims of sexual abuse and harassment.

This hashtag was created over the allegations against movie producer Harvey Weinstein who caught the world’s attention last week. From 1980 through 2015, it’s been alleged that Weinstein sexual assaulted over 10 women in Hollywood.

The entertainment world was not only shocked, but disgusted with someone who has been very prominent in the movie industry.

Following the allegations, actress Alyssa Milano and her friend thought of a way for more women to stand up against the reality of sexual abuse and harassment.

“If all the women who have been sexually harassed or assaulted wrote ‘#MeToo, as a status we might give people a sense of the magnitude of the problem,” Milano said in a statement.

If you’ve been sexually harassed or assaulted write ‘me too’ as a reply to this tweet. pic.twitter.com/k2oeCiUf9n

Scrolling through Twitter it’s not hard to find hundreds of tweets from women including the hashtag in their posts. Currently, more than 12,000,000 tweets have been posted about #MeToo. People have also gone to Facebook to comment and post with the hashtag trending on all major social media outlets.

Looking for immediate action you can take in response to the #MeToo campaign? Team up with us: https://t.co/aO5IcHgzFa #WeDontStandBy pic.twitter.com/TVHCiGJtu3

To all survivors of sexual assault:

We are in this together. You are not alone. #MeToo

Celebrities such as Lady Gaga, Debra Messing, Gabrielle Union, Meghan Trainor and McKayla Maroney took to Twitter to speak about their own sexual abuse and harassment using this hashtag.

Gabrielle Union on Me Too and her sexual assault at the age of 19, a story she’s been telling for 20 years – https://t.co/tnF3sKFZDe

“I really want this to be about every woman’s voice. This is your movement, women,” Milano said. “This is your time and if I can be the vessel and hold the bullhorn for you to shout as loud as humanly possible then I’m honored to do so,” she said to the press.

After being inspired by the #MeToo movement, 21-year-old Olympic gold medalist McKayla Maroney took to Twitter sharing her painful and long abuse by longtime team doctor Lawrence G. Nassar. Her lengthy post explained how Nassar, the U.S. Women’s National Gymnastics Team doctor abused her from the age of 13.

Stories similar to Maroney are reported to occur almost every day around the world and also here in Canada. According to statistic by the Ministry of the Status of Women of Ontario, one in three Canadian women will experience sexual assault in their adult life.

Statistics have also shown that 39 per cent of women report having experienced at least one incidence of sexual assault or harassment since the age of 16.

These statistics hit close to home for 22 year-old Toronto resident Tatiana Lojae, who was recently sexually harassed by a former coworker.

“When it first happened I was very confused because I wasn’t sure if it was normal or if I was upset over nothing,” Lojae said. “After a day of feeling extremely anxious and almost calling in sick to work from fear of seeing him, I knew it was wrong what he did to me.”

She explained how she never thought anything like this would ever happen to her, especially at work where she feels safe and close to everyone.

“I remember him telling people that it was a playful joke and compliment so that I should’ve been flattered if anything,” Lojae said. “That’s the furthest thing I felt, I was humiliated and felt disgusted.

From all the support on social media from #MeToo, Lojae was also able to share her story with others who have recently experienced this type of sexual harassment. People are still encouraged to join in on the conversation, whether it’s on social media or counsellor.

It’s evident that sexual assaults and harassment can occur to anyone, at any time, in any place. If you or anyone you know has been sexual assaulted or harassed, students can call the 24-hour Assaulted Women’s Helpline at 1-866-863-0511, or visit http://www.awhl.org/.