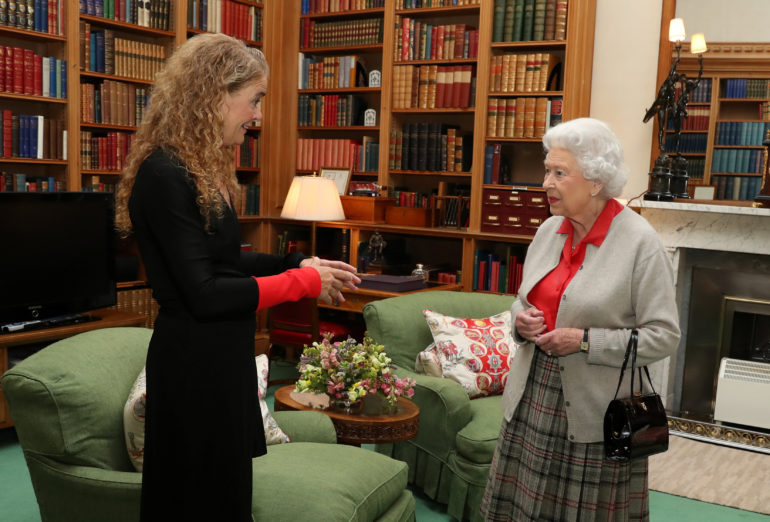 The 53-year-old is the fourth female governor general of Canada.

Julie Payette Public School, located in Whitby, Ontario, sent a celebratory tweet to their namesake. The French immersion school which opened in 2011, is home to 800 students from JK to Grade 8; their motto is ‘Dream, Inspire & Become.’

Former Canadian governor general David Johnston, who was present at the ceremony earlier today, released a statement on Friday thanking Canadians for the privilege of serving them.

“It has been a great honor to serve as Canada’s 28th Governor General, to represent Her Majesty The Queen in this important role within our constitutional monarchy and to give back to this country I love so much,” the former academic said.

PM Trudeau delivers remarks at @GGDavidJohnston’s Farewell to Parliament and thanks him for his service to Canada and Canadians. pic.twitter.com/uI8UKfBtvQ

Prime minister Justin Trudeau described Payette as a trail blazer and pioneer who inspired the dreams, minds and imaginations of children and adults alike.

“Your journey to space and through life may be unique, but the qualities that underpin each and every one of your successes are not,” said Trudeau.

“Anyone can accomplish anything and rise to the challenge as long as they are willing to work with others, to let go of the personal agenda, to reach a higher goal and to do what is right for the common good,” Payette said.

“This is exactly what I hope my mandate as the governor general will reflect,” she added.

Dear Canadians, friends from around the world: experience this installation day with me, as I begin my mandate as Governor General.