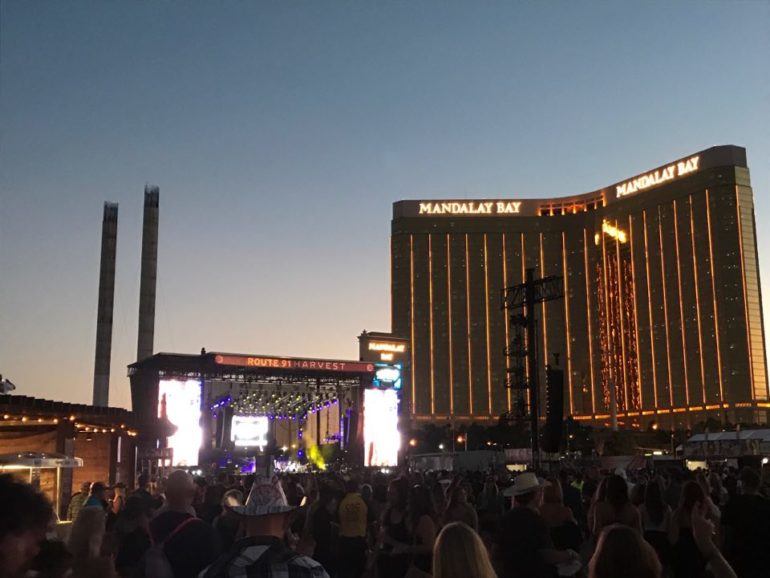 A fourth Canadian who was reported missing during Las Vegas massacre is now confirmed dead. She has been identified as Tara Michelle Roe, 34, from Okotoks, Alta.

Roe was a mother of two and a local model in the Calgary area, who was shot dead by 64-year-old Stephen Haddock. Haddock opened fire on the 32nd floor of the Mandalay Bay Hotel, killing 59 people and injuring 527.

Two days after the massacre, Canadians such as Arda Ocal and Melissa Vanderloo share their story regarding the tragic incident.

Ocal, originally from Oakville, Ont., now residing in New York, was in Las Vegas hosting an eSports video game tournament. After finishing eating at a restaurant, which was near the Mandalay Bay Hotel, Ocal was alerted there was an active shooter in the area.

Arda Ocal was in the Mandalay Bay lobby right when the first shots were fired. Mandatory credit. Arda Ocal/Facebook

“We were in the hotel as the shooting was unfolding,” Ocal said.

A security guard told Ocal to stay put which had him concerned of what the exact situation was.

“I was just spinning, I was turning around, I was looking behind my back to see for kids or anyone who was in need of help,” he said.

Another security guard led Ocal and a large number of people to an outdoor parking lot.

“After we got to the lot, that is when the security guard told us to disperse now and get to safety and get as far as possible,” Ocal said.

Vanderloo of Lindsay, Ont., was at the country music festival while country singer Jason Aldean was performing at the time of the shooting.

“We were at the concert for all three days and on the third day we decided to stay further back so it wasn’t crowded,” Vanderloo said. “Luckily, we did because the targeted area was in front of the stage.”

She heard the first shots that were fired and told her husband, Brandon, but he thought they were fireworks. As the shots continued to ring out, the music stopped and everyone screamed and started to run for concession stands and bleachers to hide, said Vanderloo.

“We didn’t know where it [shots] was coming from,” she said. “When there was breaks in firing, we started running to find an exit.”

Vanderloo and her husband escaped safely and ran back to their hotel which was 2.5 km away from the festival.

There are currently six Canadians recovering from injuries, Jody Ansell of Stonewall, Man. and her friend Jan Lambourne of Teulon, Man., who were both shot. Ansell was shot in the forearm and is expected to be okay, while Lambourne was shot in the abdomen and underwent surgery.

Tara Killen of Alberta, Sheldon Mack of British Columbia, and Ryan Sarrazin from Saskatchewan but living in Alberta are the other three injured.

Words fail this morning. The friendship & support of Canadians is with the victims in Las Vegas & the people of the US.

The question that still remains is ‘why?’ Police are still looking for a motive to find what led Haddock to commit this massacre.