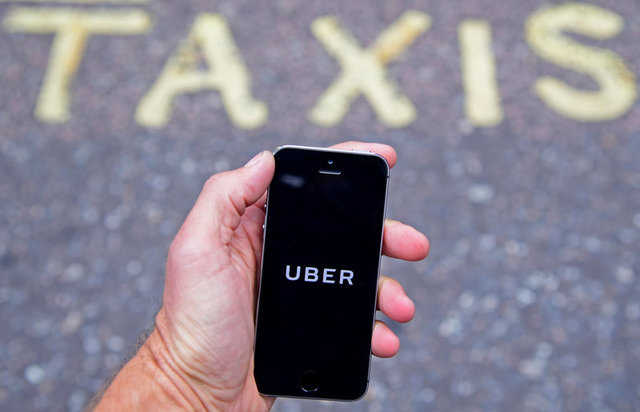 FILE PHOTO: A photo illustration shows the Uber app logo displayed on a mobile telephone, as it is held up for a posed photograph in central London, Britain October 28, 2016. This logo has been updated and is no longer in use. REUTERS/Toby Melville/Illustration/File Photo

Uber, the popular and controversial ride-sharing company will no longer be able to operate in London come the end of this month.

Transport for London (TfL) stated in a press release that Uber has failed to meet rigorous regulations that are designed to ensure the safety of their passengers.

“TfL considers that Uber’s approach and conduct demonstrate a lack of corporate responsibility in relation to a number of issues which have potential public safety and security implications,” the transport agency said in a statement released Friday.

Among the issues cited were Uber’s approach to reporting serious criminal offenses, obtaining proper medical certificates and the way in which Enhanced Disclosure and Barring Service (DBS) checks are obtained.

Uber can continue operating for the next 21 days, after which their right to appeal the decision will be exhausted.

“We intend to immediately challenge this in the courts,” Uber said in a statement.

Petition to 'save Uber in London' has already reached 60,000 signatures https://t.co/HI6qfpgMyX pic.twitter.com/nig4DR9xlj

Toronto-based Uber driver Ashley Antinucci says she has never felt uncomfortable while driving for Uber for the past year.

“I think it’s safer than a taxi, at least with Uber the driver knows who they’re picking up and where they’re going and the app knows where you are through GPS,” she said.

Innisfil appears to share this sentiment, becoming the first town in Canada to provide on-demand transit services through a partnership with Uber that began last May.

While Londoners may not be able to hail a ride with Uber come October, the city’s decision will not affect the popular food delivery service, UberEats.

Here's what the new ban will mean for UberEATS https://t.co/BFwQr2FW7q pic.twitter.com/hjuJZarjlW