Glen Abbey is here to stay, for now 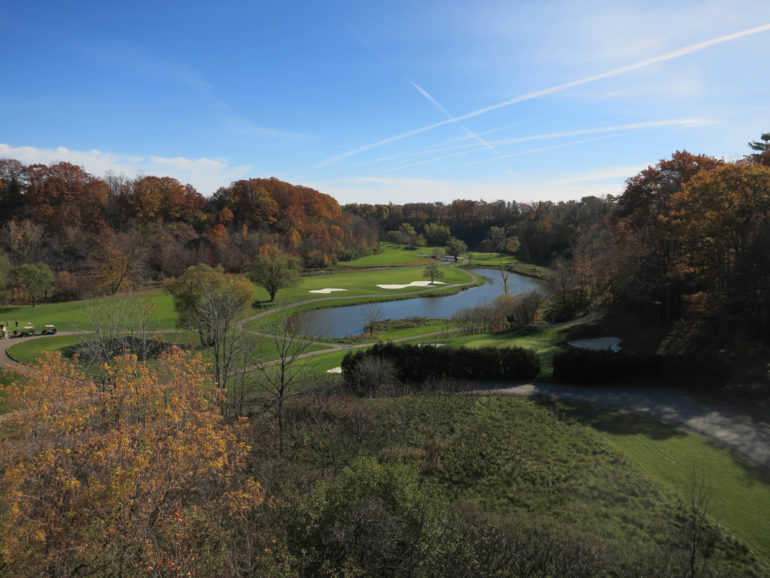 It was one of the biggest shots in Canadian golf history in the year 2000.

Tiger Woods steps into the fairway bunker on the 18th hole at Glen Abbey. With his six-iron in his hand he smacks it over 200-yards just off the back of the green helping him clinch the Canadian Open and the Triple Crown.

It was moments like this that put Glen Abbey on the map and to this day it’s considered one of the best courses in Canada. But it’s still not enough for ClubLink who would rather see a housing development or shopping complex in that bunker, rather than a golf ball.

The talk of demolition began two years ago but ClubLink, the company that currently runs the course, filed the paperwork earlier in the week to have the golf course demolished despite the course’s heritage status.

The course currently sits on over 80 hectares of land, which would be turned into houses, condos and businesses.

“Glen Abbey plays an important part in Oakville’s life,” said Oakville Mayor Rob Burton. “The light of that participation in our life would go out.”

The decision made many people on social media happy:

My thought of the day: I'm hoping by the end of this week or next week that I'll hear the news that the Glen Abbey golf course will be saved

I understand the history of Glen Abbey, but why are we designating golf courses as heritage properties?

The Jack Nicklaus-designed golf course, which opened in 1977, has been the host of the Canadian Open 28 times. Thanks to this decision it will host the tournament for the 29th time next July.

“The public sentiment is running overwhelmingly in support of keeping the golf course as it is but there are residents who are telling us that they support the application,” the mayor said.

This is the second golf course in the last year that ClubLink has tried to turn into a housing development. In May, ClubLink announced that The Country Club formerly The Toronto Board of Trade which sits in the heart of Vaughan, had been sold to land developers.

In 2014, ClubLink shut down Highland Gate. To this day, they are still finalizing development plans.

ClubLink now has the option of appealing the decision on Glen Abbey to the Ontario Municipal Board.