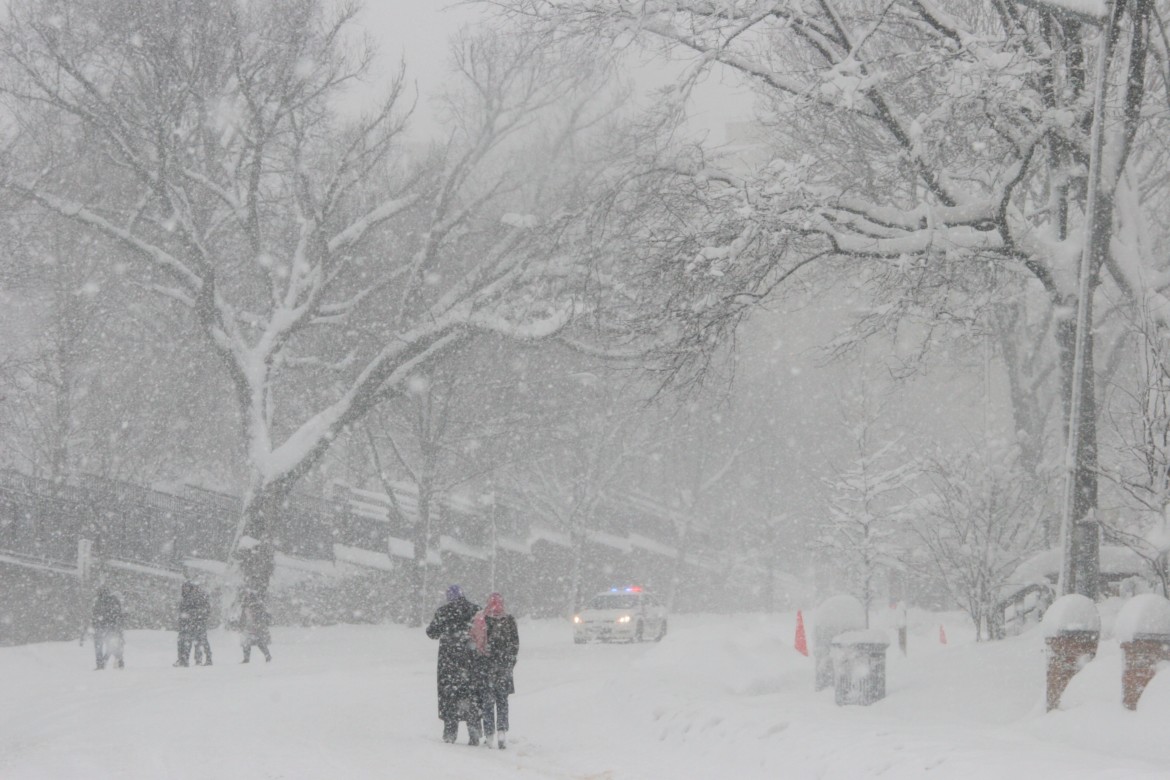 Environment Canada has warned that a major snowstorm is going to blast the Greater Toronto Area with some parts expecting to see up to 20 cm of snow starting Monday evening.

As Humber College students are anticipating the forecast, the Director of Public Safety and Emergency Management North Campus, Rob Kilfoyle, has warned that safety and snow volume are the main factors to determine a shut down.

“It is generally about safety, the volume of snow is important and that’s the accumulation of snow. We can get 20 cm of snow but if it’s 1 cm an hour for a couple of days, we can keep up with it, it’s not a big deal. But if it’s going to be a heavy dumping of snow, I would say anything over 10 cm would get our attention,” said Kilfoyle.

But the college has a set of procedures to follow before taking any decisions.  Every time there is a weather warning, Kilfoyle has to wake up at 4 a.m. to monitor conditions.

“We have a number of satellite imagery and we look at the weather network, we also confer with all the other colleges and universities in the area to see what they’re thinking or the intelligence they have that we may not have,” he said. “We check what the local school boards are doing, what public transit is doing, we check to see if the police have issued any advisories about staying off roads, those kinds of things.”

After gathering all relevant information, the college normally tries to make a call before early and late classes.

”We generally have a touch point at 5 a.m. and depending on what the conditions are we may go ‘let’s hang on another little bit’ just to see if things change or we need more data and we’ll go looking for it. And that’s why we try by 5:30 a.m. to make a decision one way or another,” said Kilfoyle. “We try to say 5:30 we need to have a decision. Now it doesn’t always pan out that way because sometimes conditions are weird and it doesn’t really lend to making a decision that early so it’s all up in the air. For evening classes we try to make a decision by 3:30 in the afternoon and have that posted.”

Humber College says it takes seriously student’s safety and ”the best interest of school” and not just the students who live the GTA area.

The final call lies with the senior Vice President Academic who has the authority to make such a decision.