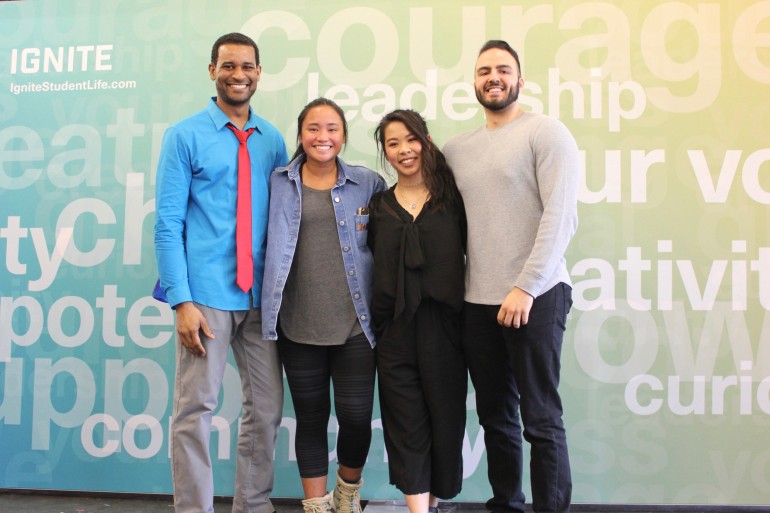 The voting period has ended and results are in for the 2017 IGNITE elections.

IGNITE revealed the results for President, Vice President and Board of Directors this afternoon at a press conference held at IGNITE’s building (the K building) at Lakeshore campus.

Maja Jocson is elected to be the new President of IGNITE, beating her nearest opponent, Lance Constantine with 2,352 votes in comparison to Constantine who came in with a total of 1,973. Jocson won by an extra 379 votes.

“I feel great. I’m just very grateful for everyone who voted for me because this whole campaign season, I was going through a lot of things, especially with school, I’m trying to graduate this year. It’s difficult being a full-time student and do everything I’ve been trying to do along with campaigning. Since I’m VP, I’m not going to drop everything just because I was running,” said Jocson.

Jocson said that despite her lack of campaigning compared to her opponents, students could see the improvements she has made to IGNITE throughout her term as Vice President.

“I don’t think I campaigned that much so I was worried but students saw the entire year, it’s not just a campaign season. They really saw what I’ve been doing since September. I’m really happy,” she said.

Guelph-Humber will have John Kokkoros as their Vice President along Allyson Sander and Michael Hillocks for Board of Directors.

The voting week ran from March 13 to 17 and had a total of 7,059 votes compared to 7,004 last year. A total of 23% of students turned out this year to participate in the electoral voting process. While the total number of voters is higher compared to previous years, IGNITE said that it represents a “slight decrease” in voter percentage due to an increase in the number of eligible voters.