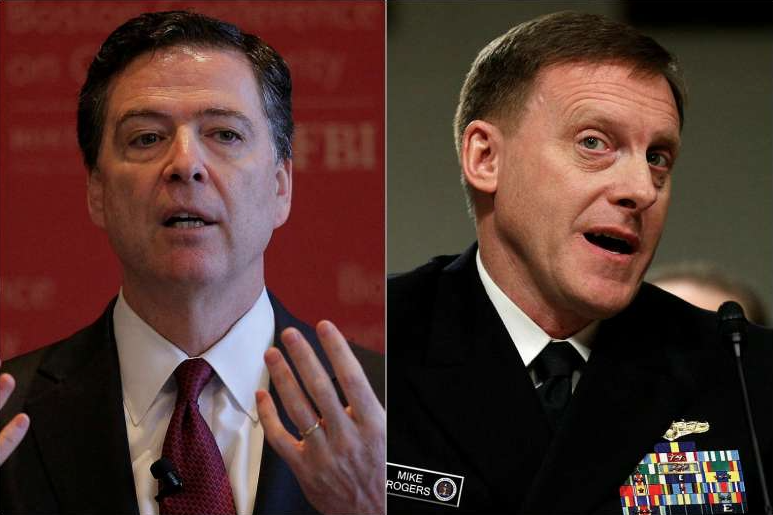 Federal Bureau of Investigation Director James Comey has told the House Intelligence Committee that there is no evidence to support U.S. President Donald Trump’s claim that the Obama administration had wiretapped his phone.

“I have no information that supports those tweets,” Comey told the committee.

Members of the committee also said the documents from the Justice Department showed no evidence that Trump’s phone at the Trump Tower in New York was wiretapped.

But Comey, the last security official from the Obama administration, has revealed for the first time that the FBI is investigating the extent of Russia’s meddling in the 2016 U.S. presidential election.

“That includes investigating the nature of any links between individuals associated with the Trump campaign and the Russian government and whether there was any coordination between the campaign and Russia’s efforts,” said Comey.

Last June, the Democratic National Committee was hacked. and around twenty thousand DNC emails were published online. The Democratic Party said the hacking and release of emails were targeting their candidate Hilary Clinton during the 2016 presidential race.

The congressional hearing revealed a partisan divide in focus. Majority Republicans concentrated their questions on leaks of classified information – a concern that Trump frequently mentions – while Democrats sought to highlight such links, and shoot down Trump’s wiretapping claim.