Toronto Raptors break out of slump 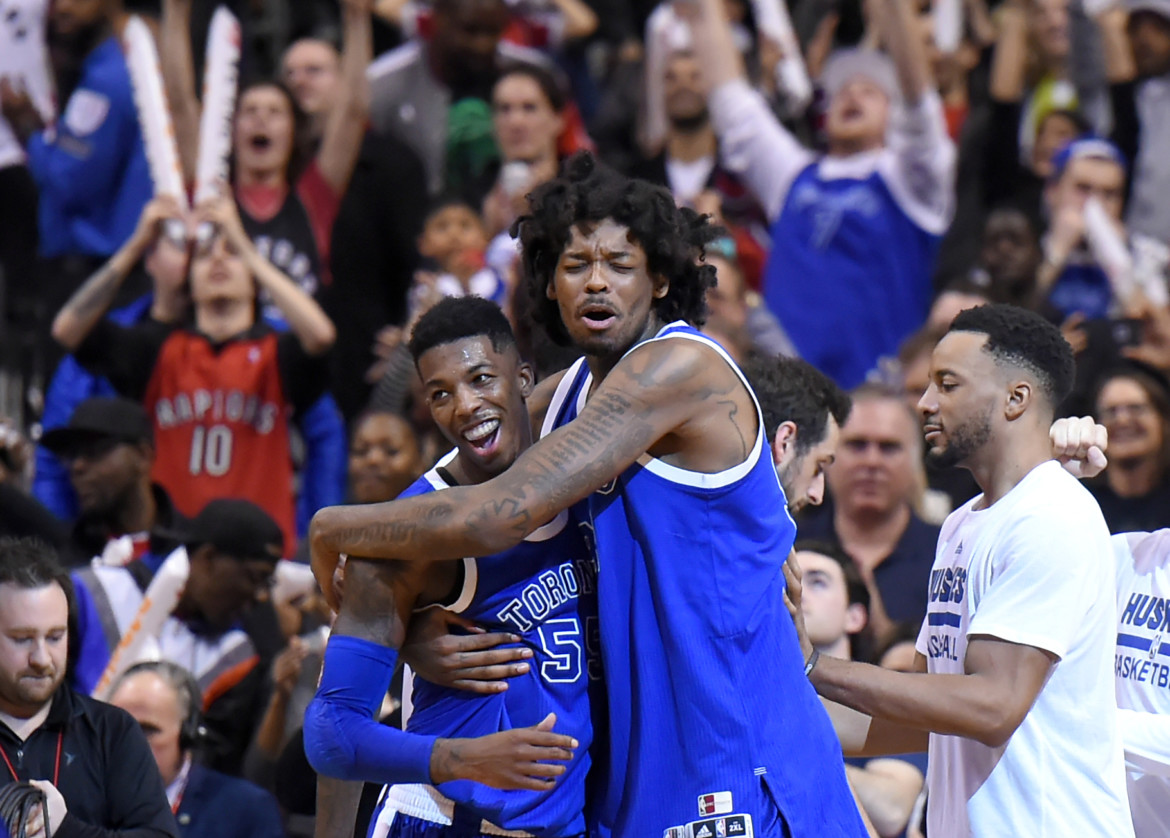 The Toronto Raptors snapped a three-game losing streak on Wednesday with a five-point victory over the Charlotte Hornets at the Air Canada Centre.

The Raps will be heading into this weekend’s All-Star break on a high note after a rough start to their 2017 campaign. Since January, the team has accumulated a disappointing 10-15 record, prior to last night’s victory.

“Something’s got to give, something’s got to change,” All-Star guard Kyle Lowry said after the Raptors fell to the Detroit Pistons in a tight matchup on Sunday. “I’mma keep my mouth shut, keep it professional.”

The message was well received. Toronto came out strong, opening the score with a 7-0 run to establish an eleven-point lead in the first quarter, though the gears started shifting in the second. After outscoring the Raps by 8 in the frame, the Hornets amassed a 17-point lead heading into the fourth.

Head coach Dwayne Casey, who recently came under fire for his ‘uninspired’ offensive schemes, looked to make some adjustments without usual swingman Terrence Ross. Ross was traded to Orlando for established big man Serge Ibaka earlier in the week. Casey put Corey Joseph, Kyle Lowry and Delon Wright on the court at the same time and the Raptors ran their offensive with a triple point guard look.

“Unfortunately losing T-Ross, that opens up another spot and the guys had to take advantage of that,” said Lowry in a post-game scrum. “Delon took advantage of it tonight.”

Lowry was referencing sophomore guard Delon Wright, who stepped up in the fourth, facilitating the ball and playing the role of floor general on the way to the Rap’s eventual victory.

“I think Delon […] just said, ‘forget it, all we can do is go play basketball,” Lowry said of the team’s mentality heading into the fourth down by 17. “[He] did a great job of just playing basketball, scrambling and just being aggressive.”

“Coach trust in me so I thank him for that,” said Wright with a smile, post-game.

It’s this sort of player-management that has some Toronto fans pulling for fifth-year coach Casey at a time when a vocal fanbase is calling for him to sacked.

“I really like how he interacts with his players, how he gets personal with each and every one of them,” said Jesse McCormack, a second year Humber Student. “He really works on what they’re not best with, and uses their strengths to excel.”

Dennis Cleto, a student in Humber’s massage therapy program, agrees that Casey should be let go.

“I feel like his offensive schemes aren’t great,” said Cleto. “Especially in the playoffs.”

The jury may be out on Casey’s job status, at least until it’s clear how he plans to utilize recent acquisition Ibaka. Ibaka’s skill set lends itself to the Raptors offensive scheme, a big man who can shoot from deep will space the floor for star shooting guard Demar Derozan to crash the rim on his deadly drives and will give Jonas Valanciunas room to work under the basket.

“He fits perfectly in our system,” said Dennis Cleto. “He can stand on the wing, shoot 3’s and defensively he can just block shots.”

Raptors fans will have to wait until the 24th for Ibaka’s Dino debut as the NBA picks up and heads down to New Orleans for the All-Star break this weekend.

Rap’s star DeRozan, re-signed to a max contract this past summer, was voted in as a starting guard for the Eastern All-Stars while Kyle Lowry was selected as one of the East’s reserves for the game. Lowry will also be taking on deep threats Klay Thompson and Kyrie Irving in the 3-point shooting contest.

Lowry was asked about the upcoming event, and jokingly referred to the potential of a five guard line up on court for the East.