Toronto Jews and Muslims stand together after mosque attack 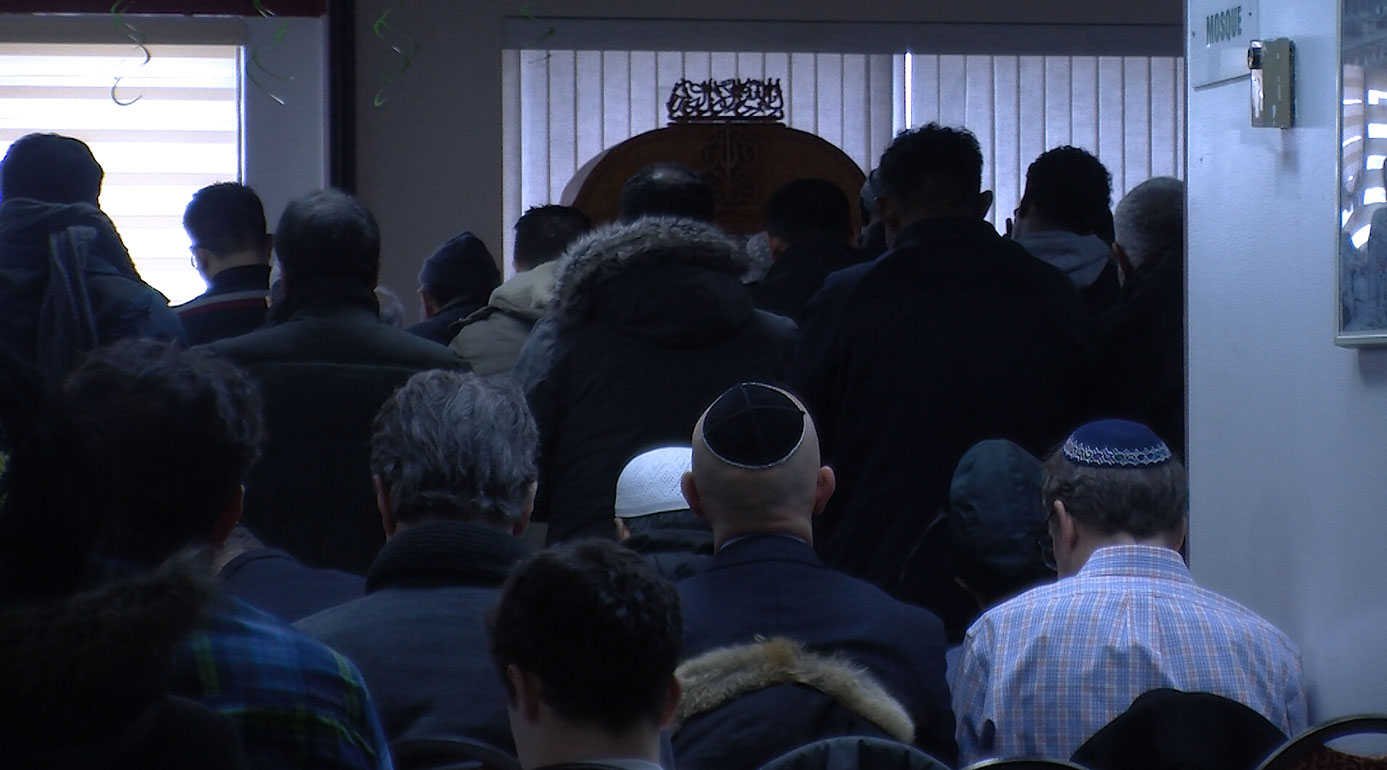 Yvan Baker, MPP of Etobicoke Centre, spoke at the International Muslim Organization about the importance of allyship.

The International Muslim Organization held a service today along with supporters from Toronto’s Jewish community in the wake of the Quebec City mosque attack that killed six men while they prayed.

“There is no one in the Jewish community who heard what happened in Quebec whose hearts did not break,” said Rabbi Flanzraich.

The prayer room was filled with individuals from different communities. Many came to speak to the Muslim society to demonstrate their kinship.

Yvan Baker, MPP of Etobicoke Centre, thanked the community for welcoming him graciously.

Baker said, “this was a terrorist act in my opinion, this was an attack against Muslims who are practicing their faith and this is also I think an attack on what it means to be a Canadian.”

All who attended took part in the Friday afternoon prayer.

Danny Richmond, Director of Community Engagement at Ve’ahavta, said sharing a prayer was symbolic of an alliance.

“It’s just a beautiful experience to be here and stand in solidarity as Canadians and as Jewish and Muslims standing together,” said Richmond

He said hearing about Quebec’s mosque attack was all too familiar to his own Jewish heritage.

“We felt as if we were assaulted ourselves and we knew what they communities were feeling, that rocking of the safety, so we offer to come stand in solidarity during prayers,” said Richmond

To those fleeing persecution, terror & war, Canadians will welcome you, regardless of your faith. Diversity is our strength #WelcomeToCanada

Borys Wrzesnewskyj, the Etobicoke Centre MP, made it clear during the emergency debate that Canada’s administrative approach differs heavily from the U.S. on the Muslim Ban.

Although, he said the Quebec mosque attack took Canada a step back.

“This is an historic event, but of the wrong type.  It’s a dark, dark chapter in Canada’s history,” said Wrzesnewskyj.

He said today was important for all communities to come out and show their solidarity. These demonstrations across Toronto reassure all Canadian’s that their country will not succumb to policies put in affect by President Trump.