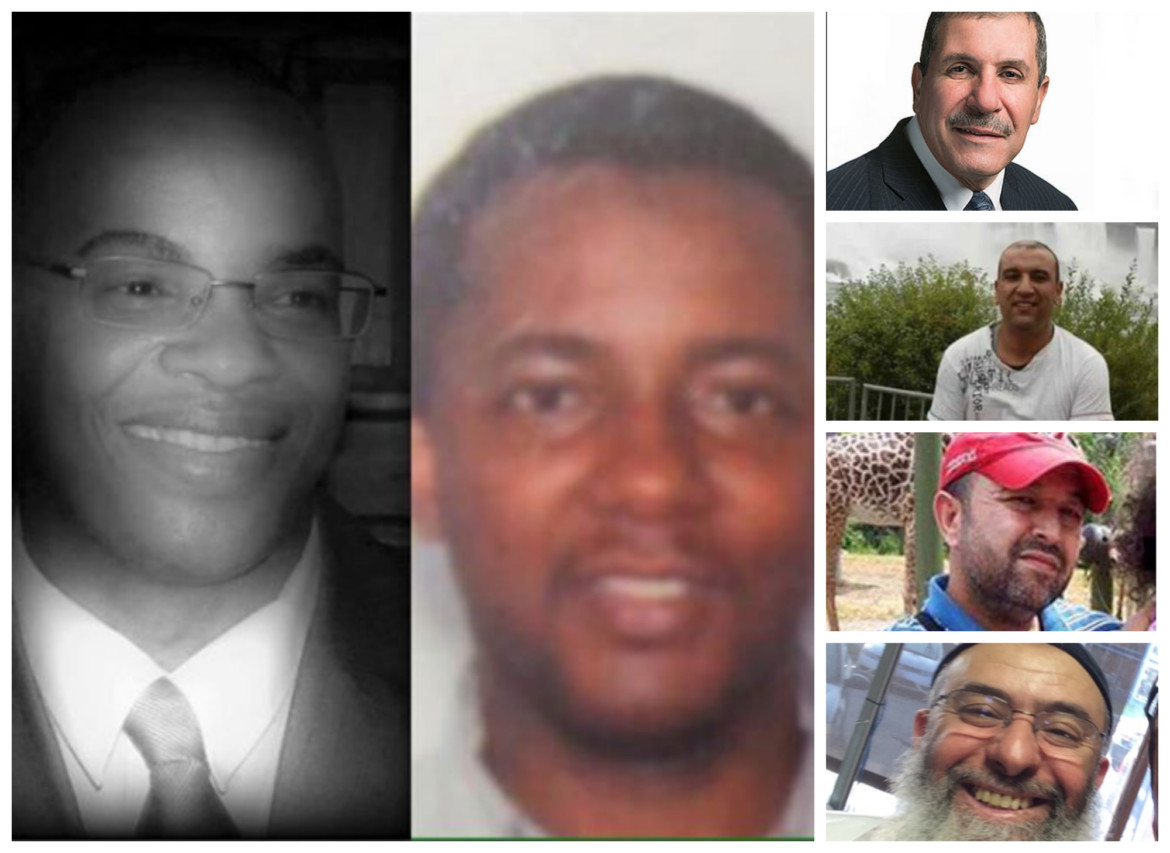 People from all over the world, and Canada, have expressed their condolences in the wake of the terror attack at a Quebec City mosque that killed six Muslims while they were praying.

Vigils were held across Canada with thousands of people paying their respects to the victims and showing support for the Muslim community.

At the University of Toronto, mayor John Tory said:

“We in this country and in this city – the most diverse city in the world– don’t accept for a minute, won’t accept… that we divide people, in any way marginalize people on the basis of where they came from or who they are, or the language they speak or their faith.”

The six victims who were shot in the back during their Sunday evening prayers were all males between the ages of 35 to 60, and all were fathers.

Here is what we know about them.

Soufiane, 57,  has left three children and was a grocer and butcher. He was a longtime Quebec City resident who helped guide newcomers.

He owned the Boucherie Assalam in Sainte-Foy, Quebec.

Belkacemi, 60, was a food science professor at Laval University in Sainte-Foy. He was married to another professor at the university and had three children. Last October, he was the keynote speaker at the 66th Canadian Chemical Engineering Conference in Quebec City.

Hassane was married and had three daughters. The 41-year-old worked in information technology for the government.

Thabti had lived three minutes away from the mosque. He worked in pharmacy and had two children, a three-year-old and another who was about 10 years old.

Despite having the same last name, they were not related. Mamadou Tanou Barry, 42, and Ibrahima, 39, were inseparable. They lived on the same building, but different floors. They were both from the Republic of Guinea.

Ibrahima Barry was married who had poor health and had four children. He worked for Quebec’s health insurance board.

Mamadou Tanou Barry worked in IT and had two boys ages two and four.

Hassan Elbaytam, President of the Muslim Student Association at Humber, said he went to a mosque last night.

“People were still in shock, but the leader of the mosque assured us that they will do whatever they can to make sure people will be able to practice their faith and (keep) our community safe,” said Elbaytam.

Alexandre Bissonnette, a 27-year-old Laval University student, has been charged with six counts of first-degree murder and five counts of attempted murder for using a restricted firearm.

Bissonnette’s Facebook follows right-wing profiles including Marine Le Pen, a far-right leader of France’s National Front. He was “known to several activists in Quebec City for his pro-Le Pen and anti-feminist positions.”

RCMP spokeswoman Camille Habel told local reporters Bissonnette could face terrorism-related charges depending on the outcome of the investigation.

With files from Zachary McGregor