Japan rocked with aftershocks after quake off Fukushima coast 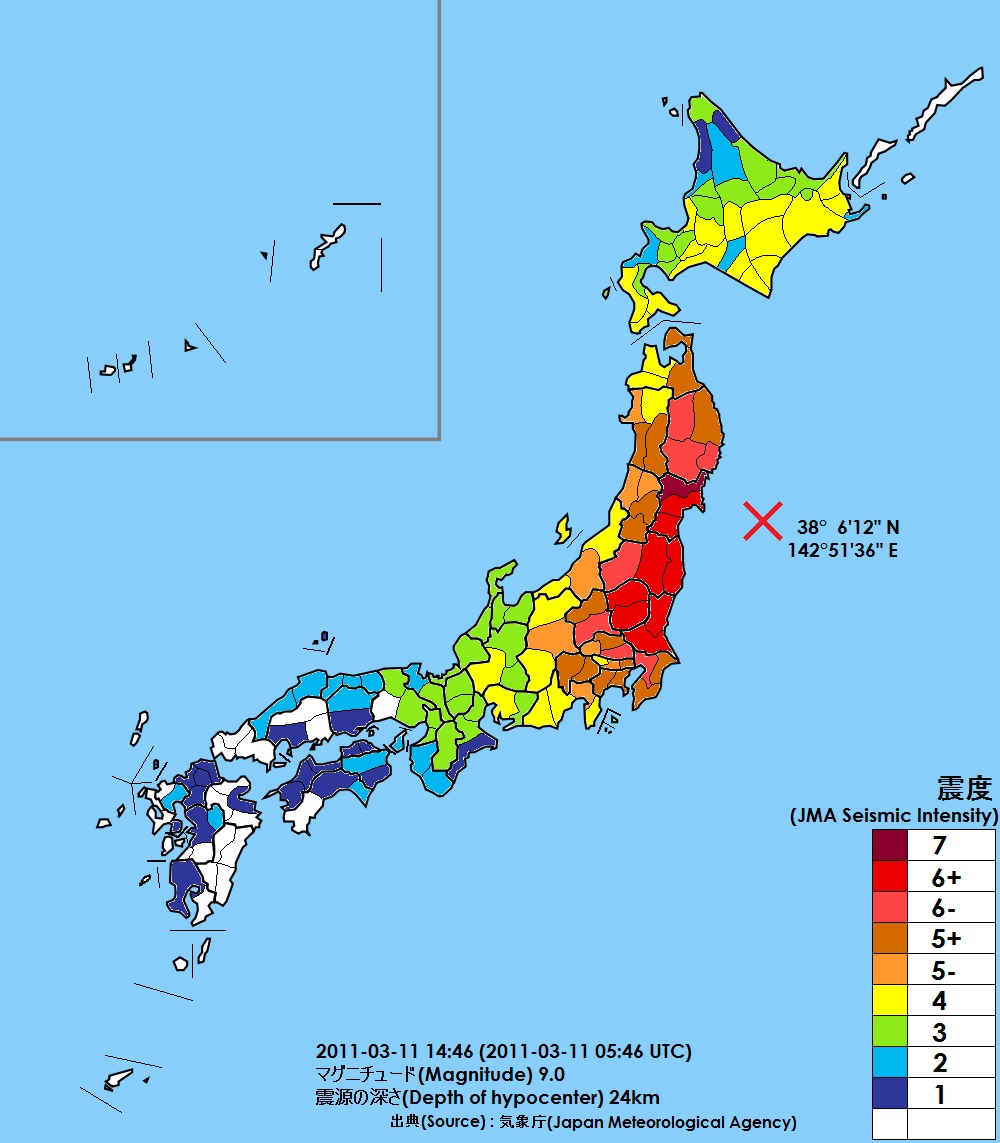 Japan is still being affected by aftershocks after Fukushima was rocked by a 7.4 magnitude earthquake.

And the events there are a reminder of the power of seismic activity, an expert told Humber News on Tuesday.

According to the Japanese Meteorologists Agency tsunami warnings that had been issued Tuesday morning have been lifted, but people are being cautioned to monitor water activity as sea levels are still changing.

The quake hit the coast of Japan at 5:59 a.m. local time, it has brought back traumatic memories of the Fukushima disaster in 2011.

“The earthquakes are not that far apart from the 2016 to 2011 one. It’s just reactivating the same type of stresses that are there,” said Russel Pysklywec a professor and expert in plate tectonics and earthquake at the University of Toronto.

The quake hit off the Coast of Naime which is in Fukushima Prefecture in Japan.

Prayers for #Fukushima Japan after a large 7.4 earthquake.
May God keep the people of Japan safe. #PrayForJapan pic.twitter.com/J7Eyyru9KH

In 2011 Fukushima was hit by a 10.0 magnitude earthquake, killing an estimated 19,oo0 people. The quake produced a 15 metre tsunami which flooded the power supply of three Fukushima Daiichi reactors in the Fukushima power plant. The cooling caused a nuclear meltdown.

Tuesday’s quake is located 37 kilometres away from the 2011 Fukushima earthquake.

“My company was washed away by the 2011 tsunami, I was scared to think that that was going to happen again and we’d have to start from scratch,” 42-year-old Kazunari Ogawara told CNN.

“It’s the reality of living on a plate boundary,” says Pysklywec.

“It’s the same as New Zealand. They have decided to build their country right on a plate boundary, so from now until 100 million years when the plate configuration changes, there are going to be earthquakes there. It’s right on a subduction plate boundary so it’s very active,” he said..

These devastating events cannot be prevented. People who live in regions near active fault lines need to realize that if you  they are susceptible to earthquakes at serious magnitude.

“It’s when the rock actually fails and cracks that you release the energy, two tectonic plates can keep pushing together quietly but as soon as the rock fractures, that’s when the earthquake occurs,” says Pysklywec.

Although Canada has seen very little seismic activity, this country faces similar issues on the West Coast. Vancouver and B.C. are located on the Pacific and Atlantic fault lines, they also border the Juan de Fuca plate. These subduction zones enable a potential earthquake, similar to the one’s we have seen recently in Japan and New Zealand.

“It’s similar to Japan, it’s a subduction boundary of the west coast of Vancouver Island so the Pacific plate there is subducting eastwards diving beneath the north American plate,” says  Pysklywec.

He says that our west coast fault lines are a bit different and experts don’t understand it perfectly. The earthquakes have occurred less frequently and it is unknown why. It is more of a locked plate boundary. He mentioned how when we eventually experience our earthquake it will be extremely devastating.