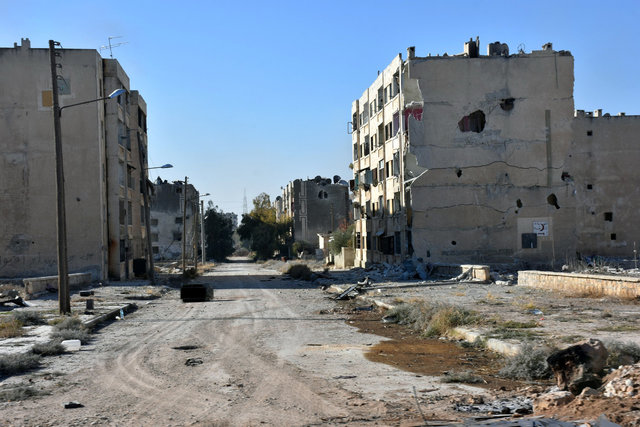 Bana Alabed, a seven-year-old girl who received thousands of followers from tweeting in Aleppo since September, tweeted Sunday that her house had been bombed.

Tonight we have no house, it’s bombed & I got in rubble. I saw deaths and I almost died. – Bana #Aleppo pic.twitter.com/arGYZaZqjg

Syrian government forces have captured a third of the rebel-held territory in Eastern Aleppo, causing the rebels to have lost all of the northern neighbourhoods they once controlled.

According to the Russian defense ministry, the Syrian troops have captured 40 per cent of the land from the rebels.

Alabed tweeted a video that shows smoke from an attack with the sound of a young child yelling on Saturday.

Prior to the bombing of her house, she and her mother tweeted about the army invading their area and asking for people’s prayers.

The army got in, this could be our last days sincerely talking. No Internet. Please please please pray for us.- Fatemah #Aleppo

Last message – under heavy bombardments now, can’t be alive anymore. When we die, keep talking for 200,000 still inside. BYE.- Fatemah

Early Monday, Alabed updated her followers about the attacks going on at the moment, asking for prayers and saying that it’s between life and death for them right now.

Under heavy bombardments now. In between death and life now, please keep praying for us. #Aleppo

Alabed’s mother updated the account about five hours later, informing everyone that they are still here but on the run, fighting for their lives as many others are being killed.

Message – we are on the run as many people killed right now in heavy bombardments. We are fighting for our lives. still with you.- Fatemah

After a weekend of heavy fighting, thousands of civilians have fled the besieged areas. Hundreds of families have been displaced.

Thousands of residents have fled to areas controlled by Kurdish groups and government forces since Saturday when the fighting intensified.

The UN’s High Commissioner for Refugees in Syria, Scott Craig, told BBC that 250,000 people in eastern Aleppo are in need of assistance and 100,000 of them were children.

Food ran out earlier in November and there are no fully-functioning hospitals left in the rebel-held area.