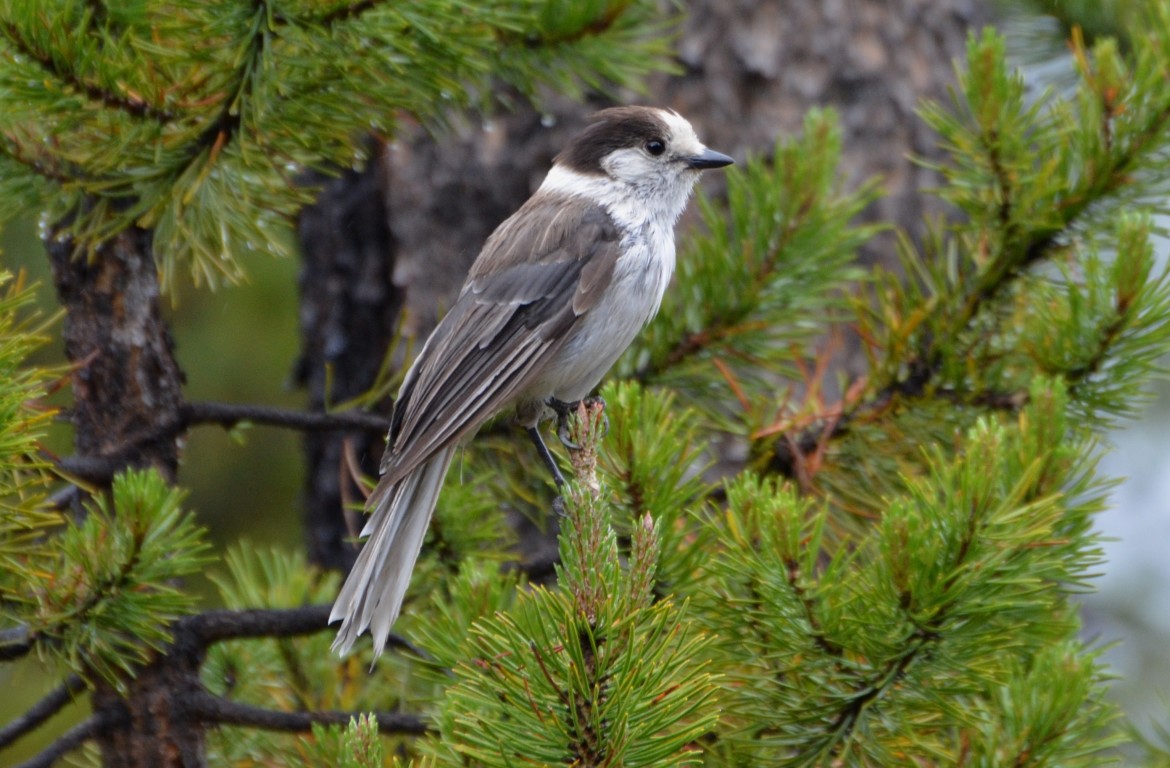 Prepare to meet the Gray Jay.

Out of more than 450 bird species across the country, Canada has never had a national bird.

“A national bird says something about the character of Canadians. If you’ve got something that’s friendly and smart and hearty, you’ve described a typical Canadian,” said Bird.

“It is extremely hearty, it does not migrate out of Canada during our cold winters. It will actually sit on its eggs at minus 30 C. It will readily come down to peoples’ hands without any kind of training.”

“So now you’ve got friendly, too.”

If that’s not enough convincing, the Gray Jay is also a member of the Corvid family or Crow family – the smartest birds on the planet.

“In fact, their brain to body ratio is pretty much the same as a dolphin or chimpanzee – so pretty smart critters, and pretty close to humans too,”

The Gray Jay is not only unique to Canada but can also be found every province and territory. It is not an endangered species, and it is not hunted.

“With a thick plumage to withstand the harsh winters, they have feathers over their nares (little nose holes on the beak) to make sure they don’t have a lot of cold air coming into their bodies,” Bird said.

“They draw down their body feathers over top of their feet because their feet don’t have any fat or any feathers to keep them warm,” he explained.

Gray Jays gather seeds and berries and coat them with a sticky saliva and jam them into pieces of bark just above the snow line, so when it snows they have food in a refrigerator above ground level.

“They have these special glands in the oral pouches in their mouths with a sticky saliva – they are famous for storing food, that’s how they survive the long winters,” said Bird.

Where Gray Jays live in Canada

When it comes to nesting across Canada, the Gray Jay does not shy away from good house-keeping.

“Females do a really interesting thing called nest jabbing. When babies are in the nest, the female will repeatedly – thousands of times a day – jab her beak inside the nest to plump up the walls so they’re still nice and tall and warm,” said Bird.

The connection to Indigenous Peoples is close within Ojibway and Cree Nations who both refer in their storytelling to the Gray Jay as a ‘mischievous prankster’.

Also known as Whiskey Jack, the Gray Jay gets its name from the anglicized interpretations of the unwritten language of Cree and Ojibway Nations.

In Indigenous cultures various spellings exist. These were written differently by each non-native person attempting to document their spoken-language in writing.

Similarities of the now Whiskey Jack and the traditional accounts of Wisakejak, Wesakejak and Wiisagejaak within Indigenous cultures are easy to spot by saying them out loud.

“The reason they have that name is that they have a habit of sneaking into peoples’ backpacks and picnic baskets to steal snacks here and there,” said Bird.

The National Bird Project aims to declare an official bird for Canada by 2017, for the 150th anniversary of the confederation.

The federal government has not agreed to officially recognize the results of the Canadian Geographic poll, CTV News reported on Thursday.