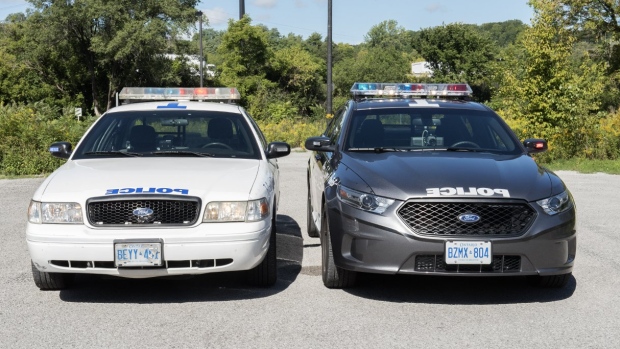 “City Council represents the people of Toronto,” he said. “They [Toronto Police Services] better take note of it,” said Thompson.

City Council approved a motion on Wednesday asking Toronto Police Services to review changing the colours from the current white, red and blue – and to also provide information why the change was made.

The motion, brought forward by Thompson of Ward 37, was approved 26-13.

One of the main concerns with the new colouring scheme introduced by Toronto Police Chief, Mark Saunders, was the scheme is following a militaristic style making police less approachable, according to Counc. Thompson.

“We were very concerned with the police transforming their cars into a fashion we really didn’t like,” Thompson told Humber News.

Thompson said a big concern with the new stealth cars is the rationale behind the change of the colouring scheme.

In September, Police Chief Saunders introduced the new patrol cars, saying there would be no issues with visibility and identifying the cruisers.

High visibility is an importance feature and we have maintained that with the new vehicle- both day and night.

Saunders, in an interview with the CBC, said “there was no deep thought,” put into the process.

He also said he did not have to report to the police board on the change of policing units because it involves police operations, which he is responsible for.

At the council meeting, another motion was passed saying that if a colouring scheme change is required, police should do an independent study on which colours would make the cars more approachable.

In the U.S., a study, conducted by the Federal Emergency Management Agency in 2009, found that fluorescent colours, like orange and yellow-green offer more visibility, especially during daytime hours.