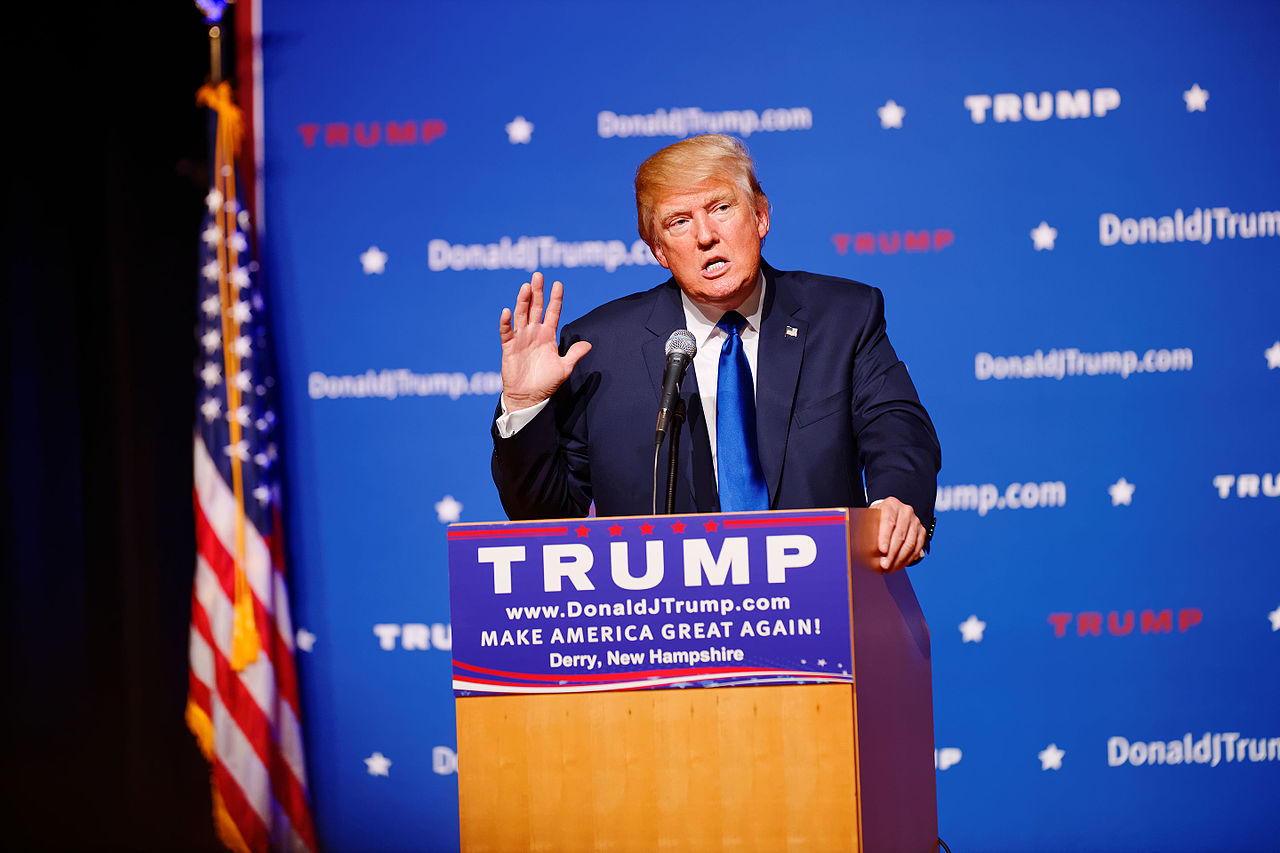 Donald Trump, the bombastic businessman who kicked off his presidential campaign by calling illegal Mexican immigrants “rapists” and drug dealers, has defeated former first lady, secretary of state and New York senator Hillary Clinton to become the 45th president of the United States.

As results trickled in throughout the night, states that Trump needed to clear a path to victory – Florida, Ohio, Michigan, North Carolina and Pennsylvania – all went Trump’s way.

Trump’s path to the presidency

Dismissed as a novelty candidate when he first announced he was running, Trump defeated 16 Republican rivals to become the party’s presidential nominee, including early favorite Jeb Bush, brother and son of former presidents Bush, who Trump famously derided as “low energy.” Clinton, for her part, staved off an unexpected insurgency from democratic socialist Bernie Sanders.

Trump stood out from his rivals by his brash political statements and insulting his rivals – “Little” Marco Rubio and “Lyin'” Ted Cruz, to name two.

His bullish approach to campaigning alienated many in his party, with senior officials including former presidents Bush and Senator Lindsay Graham declining to endorse his candidacy. Other officials, like Speaker of the House Paul Ryan and Senate Majority Leader Mitch McConnell, dithered and flip-flopped in their support for his campaign depending on which way the winds blew.

This may have helped him present himself as the anti-establishment choice.

Allegations of sexual impropriety threatened to derail his campaign. This happened first with a recording of the president-elect boasting of his proclivity for sexual harassment – “grab ’em by the p—-,” he said – and then with multiple women coming forward accusing him of sexual assault.

But Hillary’s e-mails as secretary of state, which she sent and received on a private e-mail server and for which she was under FBI investigation, contributed to her undoing.

Less than two weeks before the election, FBI Director James Comey, a Republican Obama appointee, said they were being investigated again after more e-mails were found on the laptop of disgraced former congressman Anthony Wiener, whose estranged wife Huma Abedein is one of Clinton’s top aides. Wiener was under investigation for sending lewd pictures of himself to an underage girl.

A week later, Comey announced that there was no evidence of criminal actions on Clinton’s part, but it appears the damage was done.

Clinton suffered throughout the campaign from the impression that she was the embodiment of the establishment Trump railed against.

Trump supporters at his famously raucous rallies often chanted “lock her up” and much worse about his rival.

During the second presidential debate Trump said if he were president “you’d be in jail” to Clinton.

He also vowed to “open up the libel laws” to sue journalists he deemed unfair to the Trump campaign and at one point banned the Washington Post and Politico from his rallies.

It remains to be seen how Trump will go about governing the world’s most powerful nation.

Stock markets took a nosedive in anticipation of the victory of a candidate who promised to raise tariffs and roll back free trade.

Spectators who gathered at Hot Docs cinema at Bathurst and Bloor Sts. in Toronto to watch the election results expressed their fear of the incoming president, who vowed to build a wall along the U.S.-Mexican border, ban Muslims from the country and “bomb the s—- out of ISIS.”

“The most frightening thing is whether he’ll be able to attract informed, experienced advisers to provide him with basic information he’s going to need to be able to govern the country,” said Joanna Simkitz, a lawyer. “He doesn’t have any comprehension of what that’s going to require.”

Simkitz has been following the race since the Republican and Democratic primaries last year and considers herself a “CNN addict.”

“We’re seeing a phenomenon that we’re seeing in many countries around the world, except Canada,” she said.

“The voice of a lot of middle-aged, white males with no college education who are underemployed and fearful of immigration and losing their jobs” is being exploited by xenophobic politicians, as we saw in the U.K. with their vote to leave the European Union.

“There’s a likelihood that more Hillary people are more likely to say ‘I’m in favour of this or that,’ while a lot of Trump supporters are lying low until this happens.”

However, he’s not convinced that Trump is going to follow through with his most brash policy pronouncements.

“Trump’s a businessman. He’s going to say the biggest possible thing to get a reaction and attention and then compromise.”

Andrew Blitzen, a research technician, concurs. “I don’t think Trump has a cogent set of policies to begin with.

“He’s talked about single-payer healthcare before and now he’s not. He’s spoke against trade but now is taking a more moderate position. Like Clinton too, but especially with Trump, you get the sense that he’s just saying exactly what he thinks will play in order for him to become president.