From tightropes to rock climbing, students get say in campus design 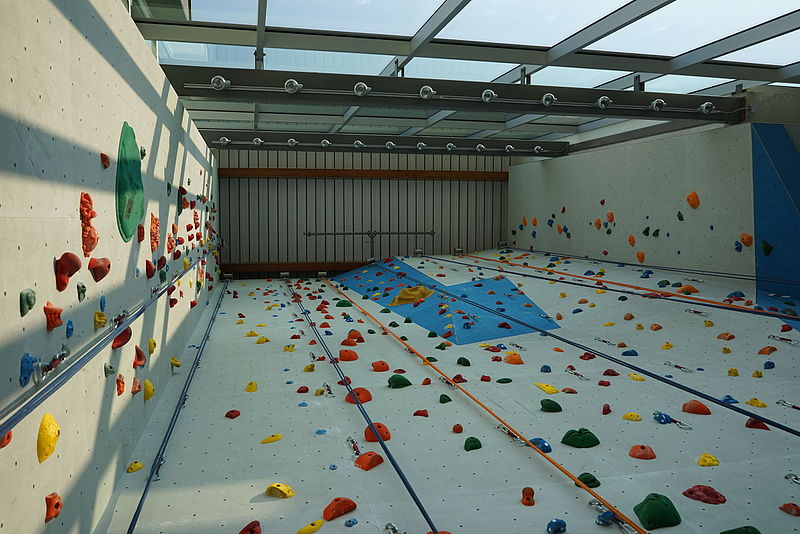 There is a growing trend at post-secondary institutions across Canada to design student spaces with input from student governments.

So far the input has been happening at the university level, but colleges like Humber have yet to join the trend.

Lance Constantine Vice President of student affairs at Humber’s North campus recently visited B.C. and was able to see a little bit of what the University of British Columbia’s campus was like.

“I love the creative freedom that they have when it comes to creating for students by the student’s kind of policy strategy. I love that,” said Constantine.

“I thought personally, just as Lance, that it’s a phenomenal, genius, idea, but I’m also aware that every campus is different, every school is different, and I’m pretty sure that it’s a conversation that we would love to explore,” said Constantine.

UBC turned to it’s students to help design the new space on campus in the student union building called the Nest. The building even has a tightrope where students could try their talent at lower, or two story tightropes.

The area also has studying space, shopping and socializing area, gender-neutral bathrooms and a three-storey climbing wall. The building was not only designed by students but also partially paid for by them.

So what do some student’s in Ontario think?

“I think it’d be really fun and cool because then you can add a student’s perspective instead of an outside designer coming in,” said Kayla Craig, a first year Bachelor of Interior Design student at Sheridan College in Oakville.

Justin Lafontaine a Humber Architectural Technology student is focused on more study room and areas for students to hang out.

The sleep lounge is one of the new projects at Humber’s North campus, but it wasn’t something that students had the chance to design.

“But obviously there has to be some sort of communication with the Humber side of things but we go through that, there’s a process to getting things like that approved,” he said.

As for designing any upcoming projects for Humber students will have to wait.

“It’s definitely something I am personally open to seeing how students can be a part of the creation process,” Constantine said.