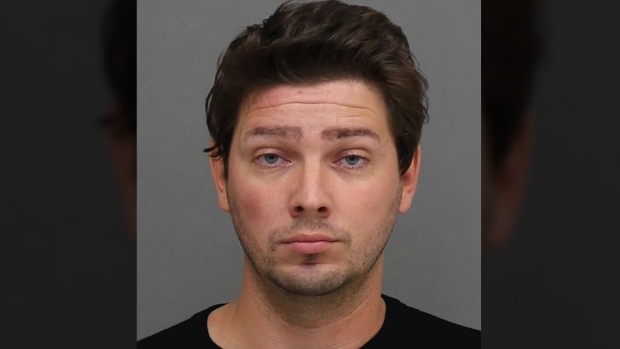 A Toronto lawyer has been charged on allegations of sexual assault against three teenage girls in two separate areas of the city, Toronto Police announced on Thursday.

Francois Lesieur, 32, was arrested on Sunday, and charged with four counts of sexual assault targeting girls between the ages of 13 and 16, police told the media at a news conference.

Police said, one 15-year-old girl was sexually assaulted by the same man on Sept. 12 and Sept. 16, while walking to the Eglinton subway station.

Two other 14- and 16-year-olds were assaulted on Sept. 16, one at the Yonge Eglinton Center, and the other in the Bloor-Yonge subway station.

Police said the victims did not sustain any physical injury and that the man who assaulted them sought out areas that were heavy with traffic at the time.

Const. Victor Kwong told Humber News on Thursday that what was seen on video raises concern that there may be other victims out there.

“We tell everyone to be vigilant in your surroundings, always be aware of what’s around you. There’s a bigger message to be said, not only what people can do to prevent themselves from being victims but let’s stop people from committing crimes like this,” he said.

Tips and support from the public are what helped police lead to an arrest, said Kwong. Police are asking any other possible victims to come forward.

Stuart Green, a spokesperson for the TTC, told Humber News that safety is one of the most important things for the Toronto Transit Commission.

“We have implemented a number of programs throughout the years to ensure the safety of everybody riding,” said Green.

Green said there are emergency alarms and mirrors to show if there is anyone lurking around the corner, along with other safety measures.

Lesieur is frequently known around the Yonge-Eglinton and Yonge-Bloor areas, according to police.