Humber prepares for first Take Back the Night event 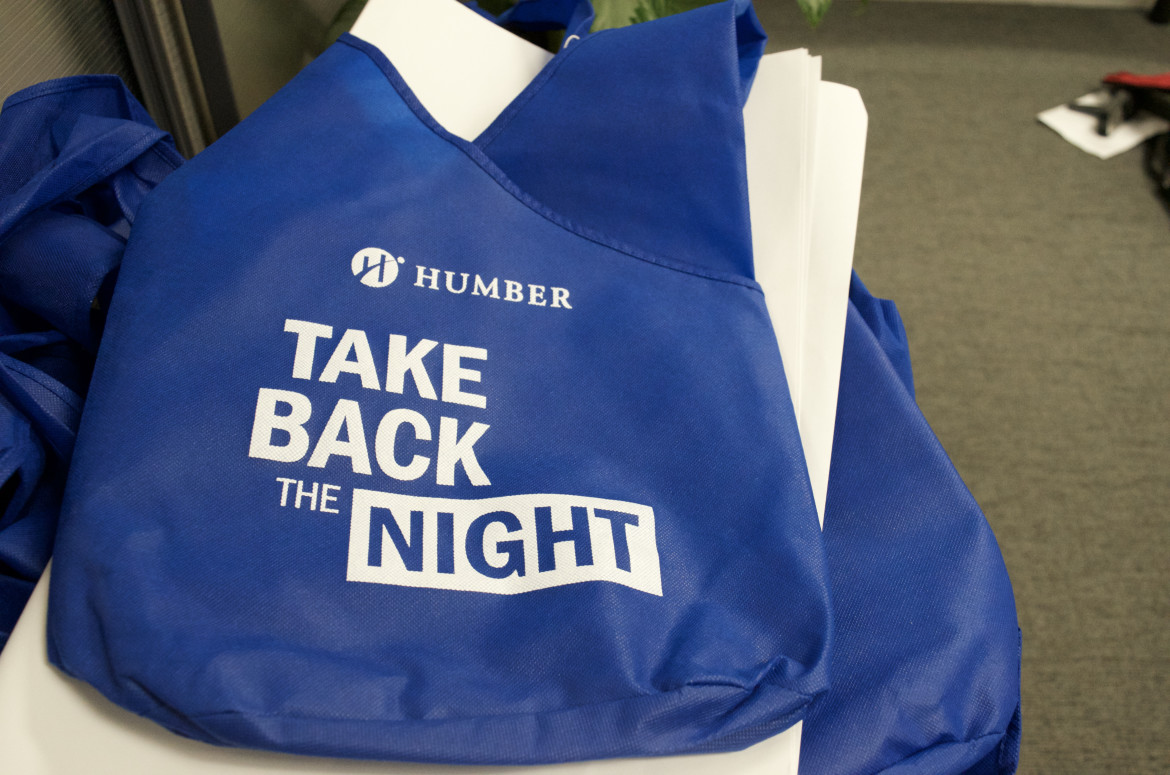 By: Lia Richardson and Natalie Dixon

The Centre for Human Rights, Equity and Diversity is hosting a Take Back the Night March in Humber College North Campus.

The march’s goal is to spread awareness about sex violence and victim blaming.

Jade Mclean is in her school placement at Take Back the Night Toronto. She said the event brings people together for a common goal.

“It’s very empowering to survivors of violence and sexual violence,” she said.

Mclean said the organization focuses on women because of the statistics, but Men are welcome to attend the march. However, they usually attend as allies rather than survivors.

Alexandra Dereviankina is a first year experience peer mentor and has been promoting the event taking place tomorrow.

“This campaign raises awareness and encourages everyone to take a stand against sexual violence,” she said.

Dereviankina said Humber is joining the movement to take a stand against sexual violence.

Siraz Chatha and Emily Irwin are volunteers with the Sexual Assault Survival Support Line and Leadership at York University. They say society needs to move away from oppressive and patriarchal mindsets to remove the stigma.

The Canadian Association of Sexual Assault said Take Back the Night is usually held on the third Friday of September all across Canada.

According to the Newfoundland and Labrador Sexual Assault Crisis and Prevention Centre website, Take Back the Night started in the early 1970s in Europe when women began protesting for women’s rights on the streets at night.

The first North American march for women was hosted in New York in 1976. Canadian women joined the movement that same year, the site said.

According to Statistics Canada, only ten per cent of sexual assaults are reported each year.

Candice Warner-Barrow, Human Rights, Equity and Diversity coordinator alongside advisor, Rita Kohli, said there is an important impact this event can have on people. Both women said not everyone believes victims, which is why so many often suffer in silence.

When people believe survivors, it has been proven to help in their recovery, Kohli said.

Take Back the Night is happening tomorrow from 6:30 p.m. to 8 p.m. in the LRC Concourse at Humber’s North campus. Shuttle buses from Lakeshore will also be available.