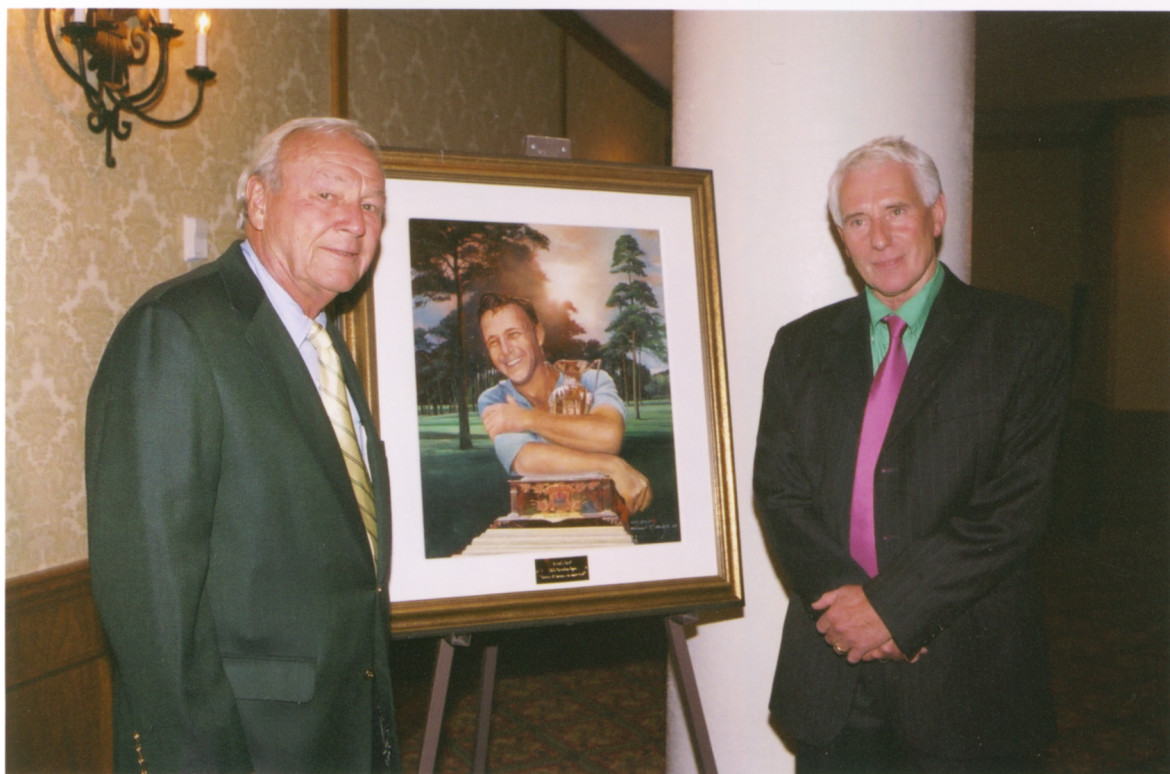 Arnold Palmer, “The King,” died at the age of 87 on Sunday evening. The golfing superstar won several major championships that included multiple Masters. In 1955, Palmer captured his first win at the Canadian Open at Weston Golf and Country club in Toronto, marking his first PGA tour victory. He shot the lowest score in Canadian Open history that was held for many years. But it wasn’t just his great golf skills that made him “The King.”

He also returned in 1990 for Weston’s 75th anniversary, where he played a skins game against Mark Calcavecchia, Ray Floyd and Dave Barr. The first hole is also called “Arnie’s first” that has a statue of him holding his trophy after winning the Canadian Open.

“For anyone who has been in the golf business since the 50’s Arnold Palmers influenced all of us in a positive way,” said Imrie. “I don’t know if golf would’ve looked exactly the same as it is today if it wasn’t for him. Players on the PGA tour today can thank Arnold Palmer for the opportunities that they have, the amount of money they play for the endorsement deals that are available to get, that all really started with Arnold Palmer,” he said.

After hearing of his death, people all over the world are sharing their best memories of Palmer. Other greats like Jack Nicklaus, Tiger Woods, Rory McIlroy and Jordan Spieth offered their condolences and shared photos of Palmer and their time together on Sunday evening. McIlroy shared this photo of Palmer and himself at Bay Hill Club in Orlando, Florida.

Remembering the special times I spent with Mr Palmer at Bay Hill. A true pioneer for our sport. Forever remembered. pic.twitter.com/qJQBpDWTWv

“He’s more of a fan favourite than anything, the way he played, the way he acted from a fans perspective, he was popular and definitely brought a lot of popularity to the game,” said Adrian Cord, assistant golf professional at Weston and head coach of the women’s golf team at Humber. “I think he’s hopefully, he inspired golfers to be more individuals than try to make a mold out of golf in terms of golf swings and stuff,” said Cord.

Palmer started his professional golf career in late fall of 1954. The following golf season he travelled with his wife, Winnie, to multiple golf events around the U.S. and Canada before arriving in Toronto for the Canadian open. Palmer has won the Masters four times which ties him for second in the all-time ranks. He has won seven majors and 62 PGA tour events throughout his career.

“It was a really special day here it was the 50th anniversary of his first professional win,” said Imrie. “Even if you didn’t know who Arnold Palmer was, you get to meet some people in life and you figure out instantly that there’s sort of something special about them,” he said.

Palmer will be remembered as much for his work off the course than on it, as his business endeavors and endorsements paved the way for athletes around the world.