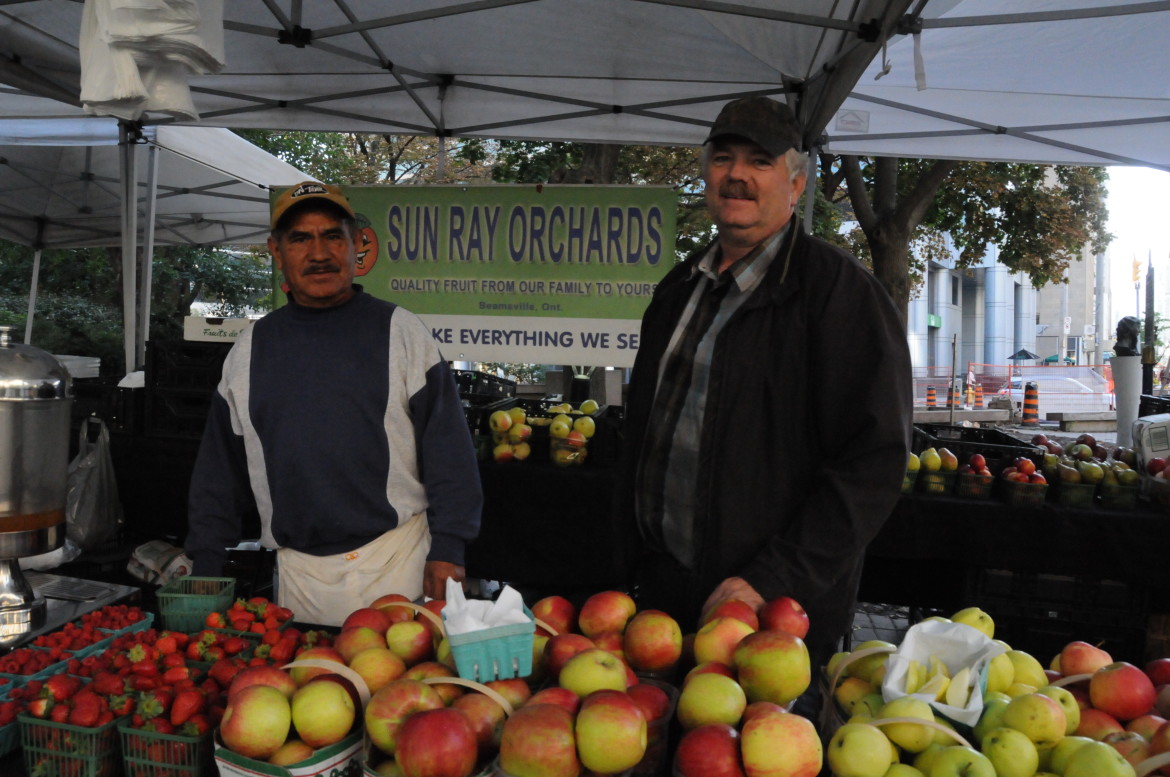 James Forsythe has to close his farmer’s market near 897 Queen St. E by the end of this week. He got a notification that the space is pending for a condo development in May.

Forsythe has been unable to find a new spot so far.  Forsythe’s regular customers tried unsuccessfully to find an alternate location for the market.

Forsythe had to get into home delivery, but he still hopes to find a new venue for his market.

“I would like to come back to it, even for one day a week. It’s just hard to find a spot,” Forsythe said.

“I’m so grateful for my regular customers for their help in looking for a new space.”

Forsythe said it is sad that while there’s a lot of places to live, people are running out of suitable land on which to grow food for the GTA’s rising population.

Niagara-based farmer Larry Short, 53, who runs Sun-Ray-Orchards farm, said every year it gets harder and harder for him to run his market. He used to sell a lot of fruits and vegetables to the chain stores, such as Sobeys in Toronto, but not anymore because it doesn’t cover his expenses.

“The chain stores want cheap local products to get people, so people buy other things in the stores. We can’t grow fruit for these prices,” Short said.

While hydro bills and minimum wages are going up, most farmers’ earnings haven’t increased at all.

“We are losing money every year because we can’t get enough money from our product,” Short said.

In addition to these struggles, farmers have been battling severe weather. Short said he didn’t have fruit in 2012 as it froze. In 2013, fruit was soft because of heavy rains. This year farmers experienced drought.

“We had really nice fruit, but we spent too much money to get extra labour to water it,” Short said.

The farmer said he hopes people will understand the value of local farmer’s products and stop complaining about the prices.