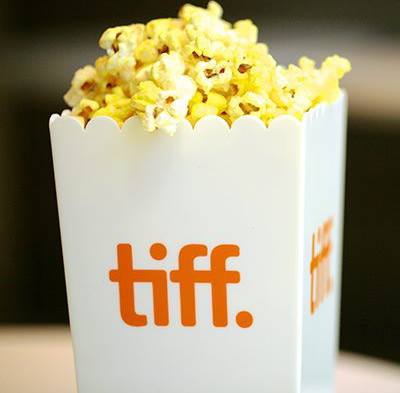 The TIFF Kids International Film Festival is hoping to engage kids of all ages with animated, live action and documentary films over the next three weeks, as the 19th annual festival starts Friday.

TIFF Kids program director Elizabeth Muskala told Humber News the importance of the festival, what it is showing and, hopefully, inspiring.

“The festival is really an opportunity to shine a light on some of the challenging issues that film seems to work really well to help bring to the forefront,” said Muskala. “For us, it’s also an opportunity to sort of spark that lifelong commitment to film.”

“It’s really an opportunity for young people to see what’s happening around the world with other young people.” -Elizabeth Muskala

For Canadian director Julianna Notten, the festival allows filmmakers and children to come together and appreciate film from around the world.

“TIFF Kids is so successful each year because the films in the festival appeal to a wide audience and deal with some important issues that people from all walks of life can relate to,” Notten told Humber News in an email interview Friday.

Notten’s film, Earth to Avery, is about a nine-year-old who, despite her foster parents’ disapproval, tries to contact her rightful home: another planet. Notten told Humber News the story is meant to inspire and assure kids that it’s okay, and totally normal to go through a complex situation.

“I think kids can comprehend a lot of complex and important stories and I would love to work more on films that can be appreciated by both younger and older audiences,” said Notten.

Muskala told Humber News the festival allows attendees to realize there are kids all over the world dealing with similar issues to them. This message is broadcast throughout the festival thanks to the 35 countries featuring their films.

“It’s really an opportunity for young people to see what’s happening around the world with other young people,” said Muskala.

“I hope especially for kids who have felt alienated or different that they leave knowing that it’s okay to feel like that and that the people who really care about them will always be there for them.” -Julianna Notten

Director of Ari, Alex Murawski, told Humber News he’s excited to be premiering his short film in Toronto. The film is about a boy uncomfortable with who he is and explores the challenges of being happy in his own skin.

“I don’t think that’s really always the most pleasant experience for someone, to try and change yourself, to try and gain acceptance. Ultimately it comes down to self-acceptance,” said Murawski.

Murawski and Notten agreed the festival is a chance for kids to explore difficult topics in life an know they’re not alone in whatever issues they may be dealing with.

“[Kids are] really kind of perceptive, and so I think it’s important not to talk down to them at all and just sort of present the film to them as truthfully as you can, and hopefully they will recognize that,” said Murawski.

The filmmakers are proud to be a part of giving kids an outlet to see these films from around the world and recognize the diversity of each film.

“I hope especially for kids who have felt alienated or different that they leave knowing that it’s okay to feel like that and that the people who really care about them will always be there for them,” Notten said.

With exhibitions like the digiPlaySpace, classic films like The Princess Bride, and over 130 films, this year’s festival has something that can educate and entertain the whole family.

“It’s a great opportunity for young people… to experience film on the big screen, which is something that, for a young person, is a magical and memorable experience,” Muskala said.

The festival is running from April 8 – 24 with daily events available for children ages three to 13. See below for more details on this weekend’s events, as well as some special features to celebrate the film industry.