Students express themselves at Lakeshore exhibition 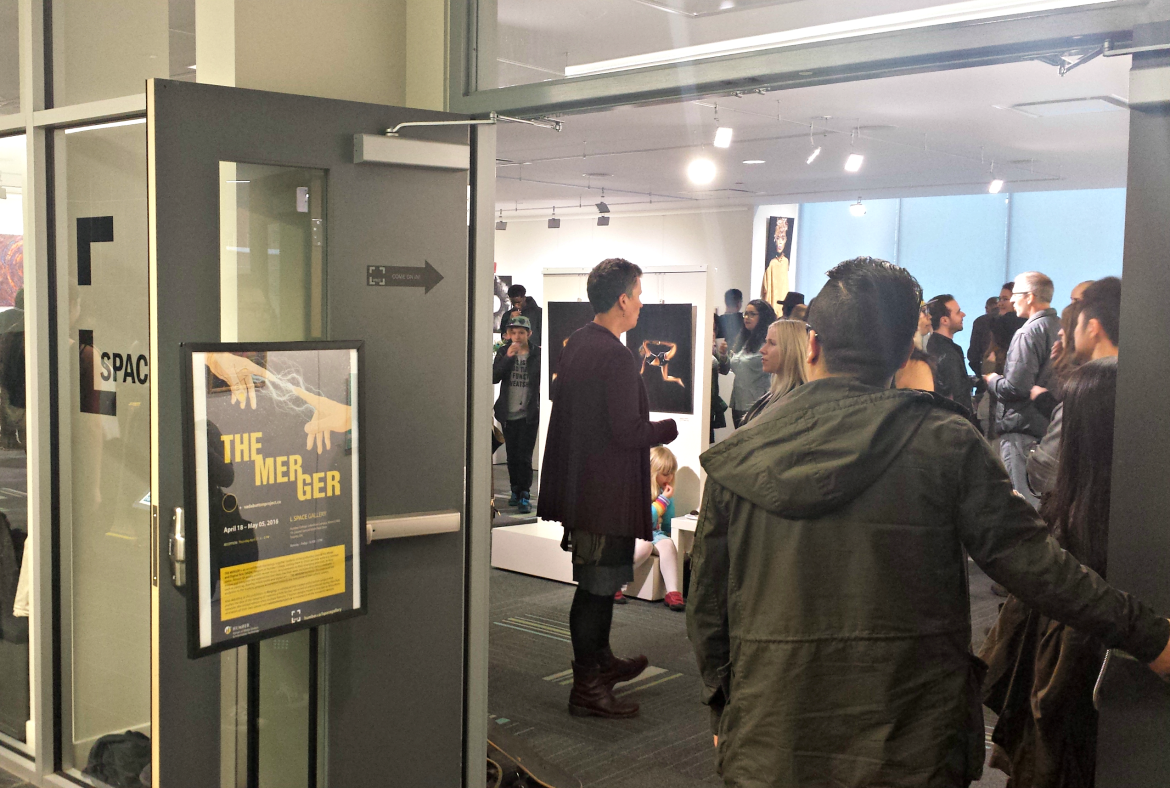 The Visual and Digital Arts Merger exhibit might have been billed as a showcase for graduate talent, but for some students, it’s a chance to take on more personal issues.

“Recently my best friend went through a breakup, so I tried to take her sadness and put it through my own perspective,” said Tanisha Bryan, speaking about her installation Trust.

Bryan, 21, is graduating from Humber’s VADA program this year.

She said her painting, an acrylic-on-canvas piece, is about the strain of failed relationships.

“It’s supposed to show the general emotion of putting your trust in someone, having them know everything about you,” said Bryan.

“And then in an instant, they break your heart and the trust is gone.”

Bryan said that the process of organizing the gallery was grueling, but that showcasing her work was well worth the effort.

Another artist eager to tell a story was 21-year-old Sam Morin, a third year in VADA.

“I did some figurative works of two transgender individuals,” said Morin of her two pieces, This is a Man and This is a Woman.

Sam Morin’s “This is a Man” and “This is a Woman” attempt to make trans issues easier for casual viewers to understand.

Morin said that the titles of said works are meant to illustrate how issues within the trans community shouldn’t be so hard for outsiders to understand.

For most of the artists, it’s the first time their work has seen the light of day.

Kaur says the gallery is meant to showcase the best of each student’s creative output in their time at Humber.

“They’ve worked towards having an installation of their work at the end of their two years, so this is almost like a debut for a lot of them.”

The exhibit has been running from 10 a.m. to 5 p.m. since Monday, and runs until Thursday, May 5.