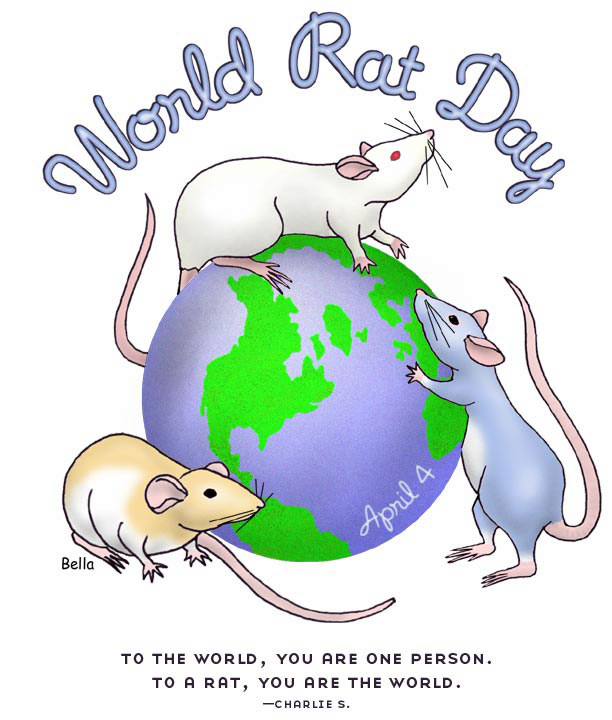 The international holiday was created to promote a positive look at rats which make great pets but have an unsavoury reputation.

Mikaylah Fulton a rat enthusiast and owns a so-called rattery, a place where rats are bred for pet purposes.

“Most of the time I enjoy having the animals more than they would create revenue for me,” Fulton told Humber News.

She said that rats are smart animals that understand emotions and are good for companionship.

“They definitely recognize you and they like you,” said Henry Dennis, 19, who owned two pet rats when he was younger. “They react when you walk into the room, and when you go to take them out of the cage they definitely get excited.”

Dennis said are fun to play with and are much easier and cheaper than owning a dog or cat.

“They’re amazingly vocal. A lot of the time their social aspect is very similar to that of pack of wolves or dogs. They have the same type of dominant and submissive behaviour as seen in other mammals,” said Fulton.

The general perception of rats are they’re dirty and spread disease. Those little rodents were to blame for the Bubonic Plague that killed an estimated 50 million people in the 14th century. But Fulton said rats get a bad rap.

“Sometimes people think that rats are really dirty and that rats can carry diseases, and that’s simply not true. Rats are very clean animals, and they spend a lot of the time cleaning,” said Fulton.

A downside to owning a pet rat is the life expectancy is low.

“They don’t live very long. It’s two maybe three years, so you’re not going to have it for the longest time,” said Dennis.

Rat fans can participate in World Rat Day by sharing photos and using the hastag #WorldRatDay.

It’s #WorldRatDay! Did you know that rats can learning advanced tricks and commands, as well as their own name? pic.twitter.com/nBAp5epdYR